Mary Gordon on Max Jacob, a (tormented) lover of God 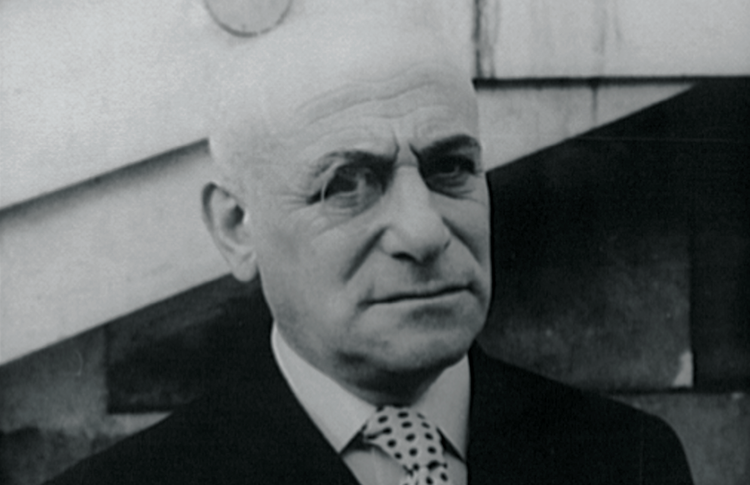 “I am a witness of the invisible,” the poet and painter Max Jacob said after seeing a vision of Jesus. “God has intoxicated me.” (Alamy)

You have probably never heard of Max Jacob. A gifted poet and painter, he had the good luck and misfortune to live in a circle of geniuses. The circle formed itself around Pablo Picasso, whom Jacob met in Paris in 1901. Jacob called this meeting the most important event of his life. Rosanna Warren, herself a distinguished poet, devoted 30 years to writing a life of Max Jacob, so that he might become better known in the English-speaking world.

Not for a moment does the reader question whether this was time well spent. Rather, we are grateful to have encountered this fascinating figure who not only represents an extraordinary historical moment, but also reminds us of the complex possibilities of a life lived passionately, ardently, playfully and in torment.

Jacob was born in 1876 in the province of Brittany, in the town of Quimper. If the name Quimper rings a bell, it is because the town is the home of a kind of pottery that depicts a pastoral fantasy of French peasants happily laboring at their traditional tasks. But the Jacobs were not a family of peasants. They were shopkeepers. They were also the only Jews in town.

Max was the unhappy son of the family. He loathed his mother, pitied his father and could not wait to leave home. At the age of 18, he made his way to Paris. One of the great pleasures of Warren’s writing is her vivid evocation of the city at this extraordinary moment: It was not only the capital of the arts; it was the capital of a country riven by political drama and caught in a whirlwind of social and technological change.

Rosanna Warren devoted 30 years to writing a life of Max Jacob, so that he might become better known in the English-speaking world.

In the cultural realm, writers, painters and musicians in Paris were creating what would come to be known as Modernism. They were committed to pushing the limits of representation, of narrative and form. Picasso and Georges Braque were inventing Cubism, a new way of seeing the world. Guillaume Apollinaire was reinventing poetic language, Igor Stravinsky was reinventing serious music, Sergei Diaghilev was reinventing ballet, Marcel Proust was reinventing the novel, Coco Chanel was reinventing clothes.

Days of extraordinary creative production were followed by long nights fueled by alcohol and drugs. Jacob developed his predilections for both gay rough trade and hopeless romantic attachments to beautiful young men. When he was broke, he cast horoscopes and hired himself out to rich people who wanted him to ensure that their parties would not be boring. This lightness of spirit enabled him to travel with ease among tones and genres.

In the autumn of 1909, Max Jacob had a vision. Jesus appeared on the wall of his apartment and then again on a movie screen. His life was changed forever. “I am a witness of the invisible,” he said. “God has intoxicated me.” But it took six years for him to be baptized, both because of his own doubts and because a number of the priests whom he approached doubted his sincerity. Picasso was his godfather.

In the autumn of 1909, Max Jacob had a vision. Jesus appeared on the wall of his apartment and then again on a movie screen. His life was changed forever.

Conversion could only separate Jacob from the very people he cared about: artists determined to shake off the limiting shackles of the past, who wanted to redefine the relationship to the past not as a straight line but as a series of ruptures that acknowledged the disconnections that modernity produced.

The Catholic Church set itself up in firm opposition to these ruptures in the 1907 encyclical by Pope Pius X, “Against Modernism.” While this document did not focus overtly on the kind of modernism Picasso and Stravinsky represented, it set itself against a kind of thought that questioned eternal truths—and certainly the authority of the church. Paradoxically, this immobility appealed to Jacob’s desire to curb his own excesses, “the desire to please, the vanity of showing off one’s talent, all this grinding mechanism of pleasure, the escalator that carries you farther along the route laid out by happenstance.”

Shortly before his arrest, Max Jacob said to a friend: “At least they can’t take that away from me. I’ve loved.”

Warren explores the outlines and interiors of Jacob’s religious life with the same lucidity and precision that made possible her masterful evocation of the artistic milieu of Jacob’s Paris. She describes his religious path as “the effort by a person who experienced himself as plural to make himself whole: to be Jewish and Catholic, Breton and Parisian, worldly and ascetic, manly and womanly.”

But baptism did not magically end the conflicts that were the hallmark of Jacob’s nature. Fleeing the temptations of Paris, he installed himself in a rectory connected to a defunct Benedictine monastery in Saint Benoît, a small town on the Loire. For a while he found peace, but the narrowness of vision of the priests with whom he shared a rectory began to grate. Periodically he escaped to Paris for friendship and for sex, although he was convinced that “these affairs led to eternal damnation….” He felt his life as “excruciating self-division: the penitential ideal of Saint Benoît alongside the squalor of shameful love.”

His anguishes and his triumphs were of no consequence to the Nazis who had occupied France. For them, Jacob was just a Jew. In 1943, he was arrested and sent to an internment camp. His friends, led by Cocteau, attempted to have Jacob released by collecting signatures of influential artists. Picasso, afraid of the Gestapo, refused to sign.

Prisoners were kept in filthy, hopelessly overcrowded conditions and were kept alive on starvation rations until they could be shipped to the extermination camps. Jacob was slated for Auschwitz. He was weak and in fragile health, and he succumbed to pneumonia before he could board the death train. He died an agonizing death; his last words were to his doctor, “You have the face of an angel.”

Shortly before his arrest, he said to a friend: “At least they can’t take that away from me. I’ve loved.”

This article also appeared in print, under the headline “A lover of God, surrounded by geniuses,” in the March 2021, issue. 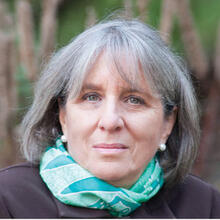