Review: Has the Catholic Church in Ireland learned anything from the testimonies of abuse survivors? 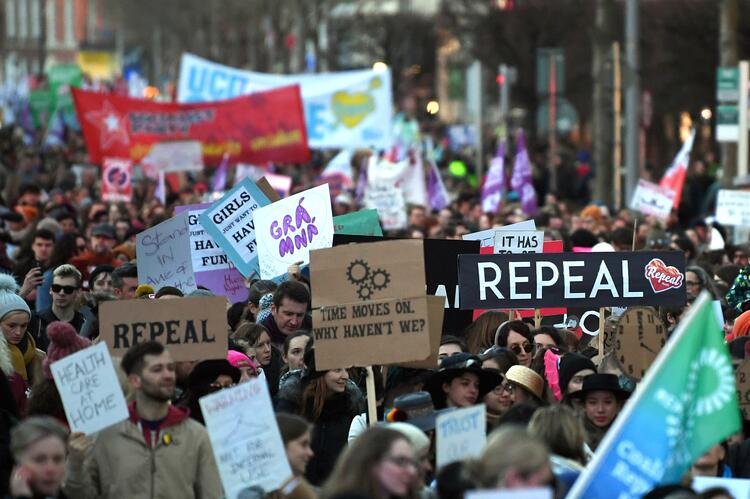 The rule of sequels is that they rarely capture the magic of the original. Typically, the best you can hope for with a sequel is that it will advance the story or provide some answers, if not a perfect resolution. Perhaps in hope of advancing the story of Irish Catholicism and the sexual abuse scandal in the church—and nudging that story toward some answers and resolution—Derek Scally’s The Best Catholics in the World begins with a sequel that says much about where the story has stalled.

The Best Catholics in the Worldby Derek Scally

It is 2018 and Scally, an Irish Times correspondent based in Berlin, is back in Ireland for Pope Francis’ first papal visit to the country. The last time a pope visited Ireland, Pope John Paul II nearly 40 years earlier, a crowd of more than a million gathered in Dublin’s Phoenix Park to celebrate Mass with him. This time around, however, attendance is estimated at a dismal 150,000. “Pope John Paul II’s visit was staged as a triumphalist celebration of Irish spiritual exceptionalism,” Scally writes. “This visit is turning out to be more of an attestation of Irish spiritual indifference.”

Scally paints a vivid picture of this spiritual indifference. At a concert the night of Francis’ arrival, the biggest cheers are reserved not for the pope but for a revival “Riverdance” performance. During the opening liturgy of the Phoenix Park Mass, Francis reads a personal note in response to the testimonies of clerical abuse survivors he had heard earlier in the day. He then turns the penitential rite back on the church itself—asking forgiveness for its abuses. It is a powerful moment, but as Scally observes: “Few notice what he’s doing.” Even the protests countering the visit are too scattered to be a righteous show of force. Most people seem to have stayed home or gone on with whatever plans they had for the week, leaving Scally to suggest “perhaps distance is the most potent form of protest.”

The Irish are stuck in a transitional zone between the damaging clerical deference of the past and the “angry-apathetic” clerical blame of today.

This portrait of a once ultra-devout country undergoing rapid spiritual decline should not come as a surprise. Since the 1990s, when the first of a long, still-unspooling series of clerical abuse revelations began to expose the Irish church’s history of forced institutionalization, misogyny and a culture of silence and denial (and the Irish state’s collusion with it all), the Irish people have been on the road to a new identity that departs from their reputation as “the best Catholics in the world.”

Or maybe not. As Scally presents it, the Irish are stuck in a transitional zone between the damaging clerical deference of the past and the “angry-apathetic” clerical blame of today. “In a few short decades,” he writes, “Ireland has gone from a country where you couldn’t escape religion—whether silent, pervasive devotion or rigid doctrinal practice—to a place where faith dare not speak its name.” An immature spiritual identity has been swapped with a shallow secular one, leaving a vacuum of accountability.

Scally interviews notable religious figures (from Cardinal Seán Brady, the archbishop emeritus of Omagh, to the former director of Mercy International, Mary Reynolds, R.S.M.), Vatican officials, professors, past presidents, artists, survivors, trauma experts and ex-Catholics, lapsed Catholics and practicing Catholics. His interviews reveal defensiveness, anger and deep regret, and a still-smoking shell shock. The conversations with Cardinal Brady, whose reputation was tarnished when he mishandled the church’s inquiry into the pedophile priest Brendan Smyth, frustrate as much as they reveal. The interviews with him end on a note that suggests that Brady has more to say but believes no one really wants to hear it. It is an ironic and bewildering endnote, given how it parallels statements quoted in the book from clerical abuse survivors.

Indeed, one of the book’s most painful revelations is how much survivor testimonies continue to be rendered ineffectual by empty gestures from many sectors of society. Scally describes a media-saturated event hosted by Michael D. Higgins, president of Ireland, and the Dublin City Council called “Dublin Honors Magdalenes.” Over 200 women who had formerly been institutionalized in the now-infamous Magdalene laundries were invited to what amounted to a “girlie afternoon” garden party with tea, chocolates and famous musicians. One survivor tells Scally, “I don’t think people’ll ever really be sorry…. They’re sorry they’ve been shown up for what they did to us…. This all here is about them, not us.”

At the faith level, the gestures seem even more pointless. Paddy Doyle, the late author of The God Squad, a 1988 memoir that recounted his 11-year, state-ordered ordeal in religious-run institutions after his parents died when he was 4, tells Scally he believes Irish society has learned nothing from testimonies like his. “What you might get is, ‘I don’t go to church any more.’ That is someone’s contribution. That’s it.”

Considering the continuing misdirection and denial, is trauma testimony futile? How can a people who survived so many traumas across centuries, to such an extent that “victimhood” plays a role closely entwined with Catholicism in the Irish national narrative, make outcasts and victims out of society’s most vulnerable members, including poor and unwed mothers and their children? Scally explores pivotal shifts in Ireland’s religious development to find the answers, from pre-Christian Ireland and St. Patrick, through the Penal Law years and the Famine to the 19th century’s shameful introduction of wide-scale institutionalization of women and children and the 20th century’s rote-learning religious education.

One of Scally's book’s most painful revelations is how much survivor testimonies continue to be rendered ineffectual by empty gestures from many sectors of society.

One scholar he interviews, Liam Breatnach, refreshingly debunks the persistent myth of a pure, mystical, Rome-independent “Celtic Christianity.” The persistent victimhood narrative, which reflects terrible truths about colonialism, is not so much debunked as it is widened to nudge the Irish people to reconsider their perception of themselves as powerless:

Once Catholic Ireland was “us”: our sons and daughters were God’s holy anointed, spreading the faith and creating a glorious Irish spiritual empire around the world, and keeping the show on the road at home. Our pride knew no bounds. Then came scandal and the fall. A new narrative was written, framing the same religious as a disgraced “them,” with each of the group’s members responsible for the acts of their institutions and their colleagues. We reserve for them a collective blame that it doesn’t seem to occur to us to apply to ourselves as a people. We assume they knew exactly what was going on and we seem to think lay people knew nothing at all.

Irish clerical abuse survivors who publicly open up vein after vein of trauma in the hope of justice are still being met with circular evasion by the church and state, as well as the moral solution resorted to by the Irish people of simply sleeping in on Sunday. Is there any chance of advancing the story beyond narratives of shame and blame to justice—and maybe even spiritual maturity?

Scally has suggestions. He takes cues from friends and colleagues in his adopted country of Germany who offer an unsparing take on complicity and the need for national accountability and spiritual reintegration. Other suggestions involve a citizens’ assembly, a transparent truth and reconciliation process and repurposing Ireland’s empty and tarnished religious institutions into memorials. These suggestions are clearly attempts to prevent rendering the Irish people powerless, as past and current narratives do.

The Irish identity as “the best Catholics in the world” is deservingly dead and gone. Maybe in carving out a new identity, the Irish people can lead the way for faith populations beyond Ireland in how to respond to and eliminate abuse by recentering justice as essential to spiritual wholeness. No longer the “best,” but maybe the bravest.

This article also appeared in print, under the headline “When Anger Turns to Apathy,” in the Fall Literary Review 2021, issue. 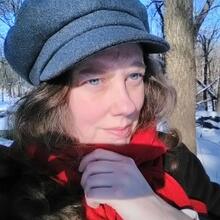 René Ostberg lives in Illinois and is working toward a master’s degree in library and information science at Dominican University. Her work has been published in U.S. Catholic, Brevity and Hobart.