Review: What lapsed Catholic writers can teach us about our faith 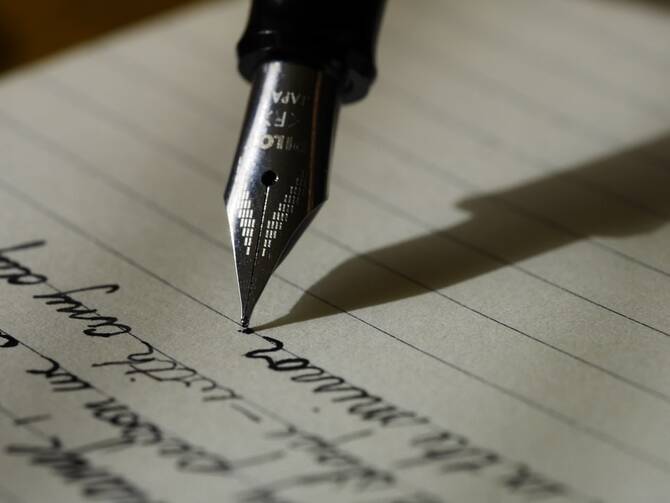 I once found myself in a conversation with a lapsed-but-still-curious cousin about the persistent pull the Catholic faith exerts on individuals in what appears to be a post-religious age. Given the unambiguous evil we face daily (in the church and the world), why do people still want to believe? As a way of responding to her, as is my custom in these kinds of conversations, I recommended books. Not the Catechism of the Catholic Church, though, but rather novels like The Moviegoer, by Walker Percy, The End of the Affair, by Graham Greene, and Mariette in Ecstasy, by Ron Hansen.

Though apologetics plays an important role in evangelization, fiction is far better suited to expressing the essential paradoxes of faith that drove my cousin’s questions. As Flannery O’Connor once quipped, “We Catholics are very much given to the Instant Answer. Fiction doesn’t have any. It leaves us, like Job, with a renewed sense of mystery.”

The emphasis on mystery lies at the heart of Nick Ripatrazone’s Longing for an Absent God, which examines the role of the Catholic faith in American fiction in the years since the Second Vatican Council. A literary critic, writer and editor at Image journal, Ripatrazone is attentive to the interplay of doubt with faith and examines work by Catholics both practicing (including O’Connor, Walker Percy, Ron Hansen and Phil Klay) and lapsed (Don DeLillo, Toni Morrison and Cormac McCarthy, among others).

Though apologetics plays an important role in evangelization, fiction is far better suited to expressing the essential paradoxes of faith.

The postconciliar starting point is not an arbitrary one, as Vatican II marked a move away from the prevalent assumption that religious fiction should be a vehicle for sound doctrine and portrayals of piety. Thanks to challenges by Catholic writers like O’Connor and Greene, attitudes shifted dramatically in the years surrounding the council. Though in the 1950s Vatican officials sharply criticized Greene’s The Power and the Glory for entertaining “paradoxical modes of thought” in its depiction of an adulterous, alcoholic priest, in the years since then the novel has been widely accepted as a spiritual classic and is required reading in Catholic high schools and colleges everywhere.

Just as the Gospels tell us that the sick need a physician more than the healthy do, Greene understood that to write about the love of God he had to write about sinners, not saints. His impulse was taken up stateside by O’Connor, who wrote “Catholic fiction about the half-hearted and corrupt.”

Her grotesque stories set in the Protestant South are memorable and numerous, and Ripatrazone focuses on her masterful “Parker’s Back.” He compares the title character’s full-back tattoo of the face of Christ with St. Paul’s bold claim in Galatians that he “bear[s] the mark of Jesus on my body.” Parker’s icon reinforces the incarnational nature of the Catholic imagination, a central thread in the fiction Ripatrazone has chosen. “The Catholic Christ is fragmented and suffering, fully corporal, truly a God unto earth,” he writes. Parker’s wife, who cannot accept such a fleshly representation of the almighty, beats him until Christ’s image forms large welts—almost literally a scourging like Christ suffered at the pillar.

Just as the Gospels tell us that the sick need a physician more than the healthy do, Graham Greene understood that to write about the love of God he had to write about sinners, not saints.

Walker Percy, another practicing Catholic, provides a study in modern pilgrimage. Ripatrazone examines The Moviegoer and the spiritual search undertaken by Binx Bolling, who attempts to cure his malaise by going to films and experiencing, in Ripatrazone’s words, “the liturgy of the cinema.” Though he does not undergo a dramatic conversion, by the novel’s end Binx “is more open to the mystery and grace of Catholicism,” which Ripatrazone identifies in the novel as “not a struggle of dogma, but one of love, identity, and doubt.” The spiritually earnest Binx is an archetypal character representing the practicing authors that Ripatrazone highlights: While he may not be dogmatically faithful, he is genuine, eager and reluctant to give up the search.

The strongest chapter in the book deftly makes a case for the Catholicity of Toni Morrison’s fiction. Morrison converted in her teens (born Chloe, she chose “Toni” as a shortened version of her confirmation name, Anthony), though she described herself as a “disaffected Catholic” later in life. Ripatrazone draws upon her interviews and his own close readings of The Bluest Eye and Beloved to argue for the alliance between her depiction of black suffering and Christ’s own. “Morrison’s theology is one of the Passion: of scarred bodies, public execution, and private penance,” he writes, hinting that the African-American experience itself, defined at every turn by bodily suffering and social degradation, is a kind of American passion play.

Notably, the book’s title takes its cue from the experience of lapsed writers, whose fiction, in different ways and to varying degrees, nonetheless demonstrates a desire for transcendence. He connects James Joyce with the “postmodern priest” Don DeLillo (the book would have benefitted from more thorough context regarding Joyce). His close examination of DeLillo’s early novel End Zone reveals an obsession with the signs and symbols of God’s presence. Ripatrazone argues that this structuralism neuters the expression of faith in DeLillo’s fiction and reveals the lapsed author, counterintuitively, to be more of a dogmatist than a writer like the Catholic deacon Ron Hansen, whose Mariette in Ecstasy comfortably dwells in faith’s uncertainties and “seeks without needing answers.”

Nick Ripatrazone's Longing for an Absent God explains how “fiction refracts more than it reflects, and the mysterious process of great stories makes us believers in something.”

As the author makes his case, he continually bumps against a major obstacle: that efforts to read a novelist’s personal life into his or her fiction are anathema to literary criticism. Straight biographical criticism is not exactly what Ripatrazone sets out to do, but he often veers in that direction. At one point, he writes that Cormac McCarthy’s “ruthless, merciless, supernatural” killers are evidence of a “profoundly Catholic vision” because in grade school he would have learned that the church teaches “that the devil walks among us.” Perhaps McCarthy’s time at Knoxville Catholic did have this effect, but the characters of the Methodist-raised Stephen King also fit this description.

A more convincing angle would be to argue that McCarthy, like his literary influences William Faulkner (Methodist) and Herman Melville (Presbyterian), drew upon tropes from Greek tragedy that, after being fused with Catholic notions of sin and redemption by Dante and others, has come to form part of what has often been called the Catholic literary imagination. McCarthy’s own personal Catholicism perhaps reinforced this, but unless we have recourse to his own commentary on the effect of faith on his work (we have such commentaries from writers like O’Connor, Percy and Morrison), the connection, while not altogether improbable, is tenuous.

In concluding his acceptance speech for the 2018 George W. Hunt, S.J., Prize, Phil Klay described Catholicism as a religion “not of hard mechanical rules but of stories and paradoxes and enigmatic parables. It is an invitation to mystery, not mastery, to communion, not control.” At the end of his book, Ripatrazone highlights Klay as an emerging Catholic voice, and it is no coincidence that such a religious vision is at the heart of Longing for an Absent God, which, above all, explains how “fiction refracts more than it reflects, and the mysterious process of great stories makes us believers in something.” Despite its hiccups, it is an effective and engrossing book that kindles our desire to explore new writers and revisit old favorites to deepen our understanding of the Catholic faith.

This article also appeared in print, under the headline “Catholic faith and modern fiction,” in the Spring Literary Review 2020, issue. 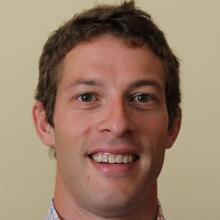 Mike St. Thomas is the chair of the English department at the Portsmouth Abbey School in Rhode Island.

@Mike_StThomas
Provide feedback on this article
Join the conversation: Login or create an account
Before you can comment, you need to update your profile to include your first and last name, as required in our comments policy. Then reload this page and you'll be set up for commenting. Update your profile