The Catholic Book Club: From ‘Catholic Modern’ to ‘Say Nothing’ 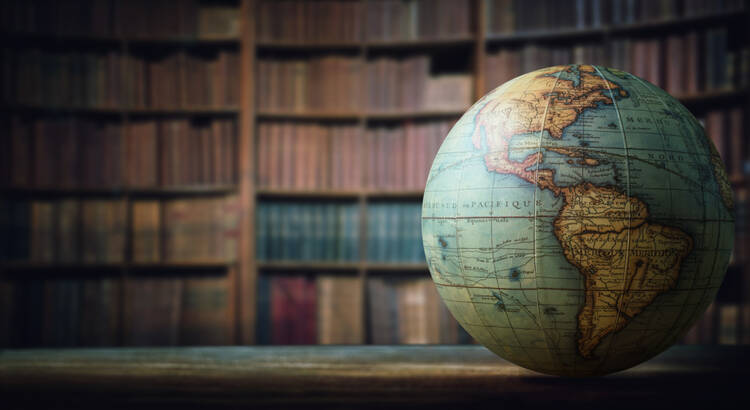 Kevin Spinale, S.J., the moderator of the Catholic Book Club, led discussions of two very different books this spring and summer. The first, Catholic Modern, by James Chappel, is a heady look at how the church remade itself at a time of social and political upheaval. The second, Say Nothing, by Patrick Radden Keefe, is a gripping account of some of the key players in the period in Northern Ireland known as the Troubles. Here are some excerpts from Father Spinale’s discussion of these books. To read more or to join the Catholic Book Club, visit americamagazine.org/cbc.

Often when reading a complex text, I pay attention to words that are somewhat peculiar and rich in meaning. These words can connote metaphors that authors intend to imply along with their more explicit ideas. In the second half of Catholic Modern: The Challenge of Totalitarianism and the Remaking of the Church (Harvard University Press, 352p $35), I noticed the word “enshrine” in several crucial paragraphs.

It is an interesting word because it carries religious significance, and it marks a change—something (some object or concept or phenomenon) that had not before been revered is now separated from the everyday and seen as holy. Such a metaphor, I think, marks a crucial principle underlying the more explicit ideas for which James Chappel argues. The Catholic Church—amid the upheaval of the 1920s and ’30s, the war and massacre of the 1940s, the staid conservatism and compromise of the ’50s, and the upheaval of the ’60s—changed in many important ways. But the principal enshrinement—led by lay Catholic politicians, economists and thinkers in Europe—was that of the family as the unit of political, economic and theological focus for postwar Europe.

Perhaps most interesting in Chappel’s presentation of European Catholic history is the nimbleness with which the church adapted to its political-social-economic-cultural context.

Christian Democratic Modernism was something new: a set of Catholic strategies that drew on the long tradition of the Church but mobilized them in new ways to respond to new challenges. Catholics in the 1950’s faced two problems in particular. First, some kind of consensus had to be reached that could bring together long-divided Catholic communities. Christian Democrats relied on the elaboration of a baseline “Christian” approach to sociopolitical affairs that could appeal to many constituencies…. Second, Catholics needed some way to understand and legitimate the most transformative element of the long 1950s: explosive economic growth and the birth of a consumer society. Catholics had long been suspicious of mass consumption and the market, a position that was no longer tenable on a continent weary of ascetic ideology and intoxicated by the new influx of consumer goods….

Catholics in the long 1950s interpreted the private sphere as a space for consuming families: nuclear families, with stay-at-home mothers, tasked less with heroic childbearing than with consumption, love, and happiness…. This understanding of the private sphere, as in other forms of Catholic modernism, authorized a novel set of claims on the public sphere. The state and the economy were now tasked, above all, with enshrining the rights and needs of the consuming family…. It was the entity in whose name the economy and state should properly be organized.

A great deal follows from Chappel’s points above, but perhaps most interesting in Chappel’s presentation of European Catholic history is the nimbleness with which the church adapted to its political-social-economic-cultural context:

It was not a given that the Catholic Church would be able to make the transition to modernity with success. Indeed, from the vantage point of 1900, it seemed to many that it would not, which is one reason why Catholic leaders were reluctant to do so for so long. It is certainly possible to imagine a world in which the Church slowly dwindled in significance, unable or unwilling to grapple with the new problems posed by the twentieth century. That is not, however, the world we live in.

A modern Catholic could add, “That is not the church we live in either—deeply flawed but resilient through the presence of the Holy Spirit.”

Say Nothing, by Patrick Radden Keefe

In his New York Times review of Say Nothing: A True Story of Murder and Memory in Northern Ireland (Doubleday, 464p $28.95), Roddy Doyle reminds readers of the nappy pin—the diaper safety pin—that appears at the beginning and end of Patrick Radden Keefe’s account of the Troubles and their aftermath. The diaper pin was the only ornamentation in Jean McConville’s wardrobe, a woman “disappeared” by the I.R.A. for allegedly informing British authorities of the I.R.A.’s membership and operations. The diaper pin was indicative of McConville’s identity as a struggling, widowed mother of 10. But the diaper pin is also a haunting symbol of the reality of children caught up in a war that was not a war—a spasm of violence that marked a region desperate for economic progress and equal standing for a minority population.

Every crusade has a cause that propels it, and perhaps the Irish Republican movement to end the injustice and cruelty of the British government and its proxies in Northern Ireland was more justified than most. But Radden Keefe’s account makes it clear that even this crusade was a children’s crusade—and as such, it should be seen as just as repugnant as any other children’s crusade.

Dolours Price, Marian Price, Brendan Hughes, Gerry Adams and many of the other figures at the center of Say Nothing were most active and, seemingly, most violent between the ages of 18 and 24. They should have been at university or learning a trade other than making improvised explosives and subverting British interrogation. The McConville children, orphaned when their mother was disappeared by a division of the I.R.A., also lost their childhood when their mother was taken from them.

I grew up in Boston in the 1990s. There were murals throughout South Boston that depicted the I.R.A. as heroic, as a band of underdogs courageously battling British oppression. Perhaps Radden Keefe’s account of the Troubles serves to dislodge the sentimentality and nostalgia many descendants of the Irish feel for the work of the I.R.A. Say Nothing is filled with stories that decouple history from sentimentality. It is also a stay against easy judgment, easy exoneration and easy acceptance of violence as a part of any crusade.

Jean McConville’s presence haunts this book, but Dolours Price’s life energizes it and makes it thrillingly complex. Price was at once a young university student, a member of the I.R.A.’s Unknowns, a bank robber, an executioner, an Old Bailey bomber, a convict, a political prisoner, a hunger striker, the wife of an actor and a disaffected former member of the larger crusade for full Irish independence. Her life is fascinating, and more than any other person crusading in the Troubles, helps underscore the moral complexity of the violence that unfolded in Northern Ireland.

It will be difficult for any reader to shake the bare cruelty of the medical staff of Brixton prison force-feeding Dolours and her sister, Marian, for 167 days. Dolours endured this barbaric feeding, likened to rape, because she sought to give herself to the cause of full Irish independence and the end of British cruelty. Yet, along with this image, it would be difficult for any reader to shake the image of Dolours Price standing over Jean McConville as she is executed. Therein lies the complexity of the crusade. On the one hand, it appears uniquely pure in what it seeks, while on the other hand, it employs means that are never justifiable in any way.

This article also appeared in print, under the headline “From ‘Catholic Modern’ to ‘Say Nothing’,” in the Fall Literary Review 2019, issue.