Review: Northern Ireland’s painful past is far from over 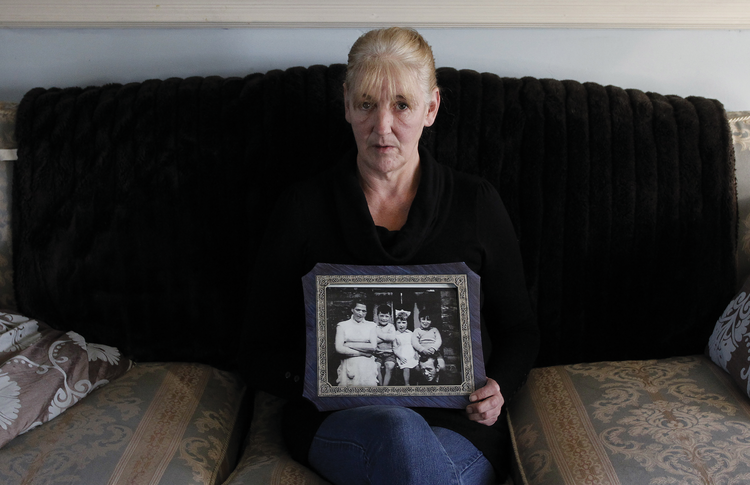 They were out in the streets of Derry during Holy Week this year, as locals from the city’s Creggan neighborhood hurled petrol bombs at the police and hijacked their vehicles. The police were searching homes for weapons and explosives, for they had reason to believe a terrorist attack of some sort was imminent.

Then there were gunshots. A 29-year-old woman from Belfast fell. She was standing near police officers, raising her phone above her head, recording images of the chaos, and dispatching them digitally to the world outside Derry. She was a journalist named Lyra McKee. She died that night, on the eve of Good Friday, slain by two teens linked to a paramilitary group called the New I.R.A.

You will be forgiven for thinking that the Troubles in Northern Ireland are over. It was on a Good Friday 21 years ago that its political leaders signed an agreement that seemed to relegate violence and terrorism to the province’s past.

William Faulkner’s famous quote about the American South applies to the north of Ireland as well: “The past is not dead and buried. In fact, it isn’t even past.”

But as Patrick Radden Keefe implicitly reminds us in his new book, Say Nothing: A True Story of Murder and Memory in Northern Ireland, William Faulkner’s famous quote about the American South applies to the north of Ireland as well: “The past is not dead and buried. In fact, it isn’t even past.”

Keefe, a writer for The New Yorker, spent four years researching and writing a book that focuses on one of the most shocking crimes of the Troubles in Northern Ireland, the kidnapping and disappearance of a woman named Jean McConville just before Christmas in 1972. She was a 38-year-old widow with 10 children, the oldest a teenager.

The Irish Republican Army’s Provisional wing saw itself as fighting a war of liberation against British troops and their allies. They concluded that McConville was an informer. Those who were even suspected of informing during the Troubles were at risk of ending their days in a shallow, unmarked grave. And that was indeed McConville’s fate, although decades would pass before the mystery of her disappearance was resolved. People at the time knew they should say nothing—a code commemorated in a Seamus Heaney poem and repurposed for the book’s title.

But Keefe has written something more than a murder mystery. As the subtitle indicates, this is a book about the battle over how memory is preserved and transmitted. That battle is ongoing. From the moment the I.R.A.’s political leadership, led by Gerry Adams and Martin McGuinness, entered into peace talks in the early 1990s, various parties have sought to shape how the conflict is to be remembered, and whose memories would inform the narrative. Keefe’s book is as much about that battle as it is an account of the Troubles.

Into this maelstrom, Keefe writes, strolled several administrators at Boston College with admirable intentions. Two years after the Good Friday Agreement, with the Troubles seemingly relegated to the old millennium, they set out to create an oral history of the conflict, told in the words of protagonists—the mostly Protestant Unionists and Loyalists (who were divided by class but united in their resistance to the I.R.A. and its allies) and the mostly Catholic Irish nationalists. The initiative was kept secret, at least for a while, and in Keefe’s description, it seemed to address an obvious shortcoming in the Good Friday Agreement. In their effort to bring about peace, the negotiators had focused on the future rather than the past.… [There] was no provision for the creation of any sort of truth-and reconciliation mechanism that might allow the people of Northern Ireland to address the sometimes murky and often painful history of what had befallen their country over the previous three decades.

Such was the intention. That’s not how it worked out, in large part because of the unsolved disappearance of Jean McConville. People who claimed to know what happened to her spoke with Boston College’s researchers with the understanding that their interviews would remain sealed until they died. But when the authorities in Northern Ireland heard about the project and the possible clues the interviews might contain, they demanded access to the tapes.

That unanticipated development put Boston College in a difficult situation, leading to a trans-Atlantic legal battle that involved high-minded concepts like privacy and academic privilege. But ultimately, it was about contested memories. (Eventually, a beleaguered Boston College offered to give back the tapes to interview subjects.) Two I.R.A. members, Dolours Price and Brendan Hughes, said in their oral histories that Adams ordered McConville’s murder, a highly inflammatory assertion and one that became public several years ago. Adams, who refused to participate in the Boston College project, has long insisted that he was never a member of the I.R.A., an assertion that Price and Hughes deeply resented and that helped turn them against him.

Gerry Adams has long insisted that he was never a member of the I.R.A., an assertion that Price and Hughes deeply resented and that helped turn them against him.

Price, Hughes and Adams are central characters in this tale of murder and memory. Price’s story is perhaps the most mesmerizing. She and her sister, Marian, were reared on the family’s tradition of violent resistance to Britain’s presence on the island. In one of the book’s more haunting passages, the two sisters (just young girls at the time) are sent to visit their Aunt Bridie, who had been left with no eyes, no hands and a scarred face when explosives she was handling for the I.R.A. went off by accident in 1938. She was 27 at the time. More than a quarter-century later, “Dolours was given the job of lighting Bridie’s cigarettes, gently inserting them between her lips.” On more than one occasion, “she would ask Bridie, ‘Do you not wish you’d just died?’”

Their aunt’s fate did nothing to deter Dolours and Marian Price from carrying on the family legacy. They went on to become hard-edged soldiers for the I.R.A., and their stories overlap with those of Hughes, Adams and Jean McConville. Keefe seeks to explain what drove these women to put their lives on the line—and to be willing to take the lives of others—in his dark and skillful description of the despair in the Catholic neighborhoods of Belfast and Derry circa 1975.

His portrayal of Adams as a shrewd and calculating operative intent on rewriting his past is not particularly flattering. But ultimately, as Keefe suggests, it is Adams—who declined to be interviewed for the book—who emerges on the right side of history. Dolours Price and Brendan Hughes opposed the I.R.A.’s decision to give up its armed struggle, joining a small band of dissidents. They are dead now, but people who share their belief in the power and righteousness of the gun and the bomb remain very much a presence in the north.

Patrick Radden Keefe delivers a searing portrait of Irish women and men struggling to make sense of their past and their memories. Those who wish Ireland well can only hope that it gets sorted out quickly, for the future depends on it.

This article also appeared in print, under the headline “The past, present,” in the May 27, 2019, issue.

Terry Golway, a former columnist for America, is a senior editor at Politico. He has written several books about Irish and Irish-American history.