Was the English Reformation inevitable? 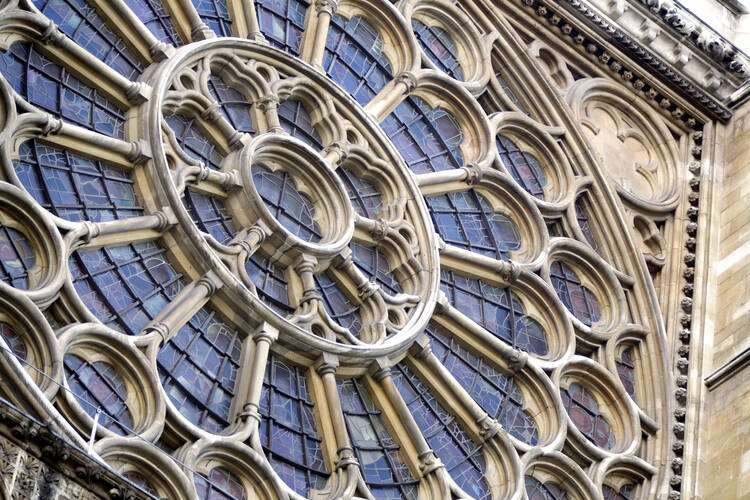 As we close out the 500th anniversary of the Reformation, the avalanche of commemorative studies is coming to a close. Among them is Heretics and Believers: A History of the English Reformation, by Peter Marshall, professor of history at the University of Warwick. Marshall, who has specialized in the study of the Reformation since his graduate school days 30 years ago, combines his earlier scholarship with new archival research in an impressive synthesis.

Traditional scholarship on the Reformation, heavily influenced by 19th-century German historians of secular and liberal inclinations, reconstructed the period with several standardized features. The Reformation was an act of liberation from a corrupt institutional church that had failed to reform itself, an inevitable process unified in motive, objective and achievement that followed a linear plot to a neat, clear conclusion. It was a campaign directed and dominated by Martin Luther. Ultimately it achieved both unity of the faithful and uniformity of doctrine and practice as it ushered in the world of the modern individual, modern capitalism and modern science.

In the course of Heretics and Believers, Marshall takes issue with all of these received notions. The Reformation did represent attempts at liberation from a church disfigured by corruption and abuse; but, as Marshall points out, the church had already made serious, if not altogether successful, attempts at reforming itself (e.g., 10th-century Benedictine reforms; the 12th-century papal imposition of mandatory clerical celibacy; several councils following upon the 14th-century Great Schism). In addition, some local manifestations, like the English Catholic church, were far more flexible, open and tolerant than traditionally understood. The Reformation was not inevitable.

In addition, Marshall makes it clear that Luther was but one player in a varied cast of characters (Erasmus, More, Henry VIII, Zwingli, Calvin). As a movement directed at unity and uniformity (Henry’s vision), the English Reformation was a high-stakes failure: pluralism, diversity and division, not unity and uniformity, characterized the post-Reformation English religious landscape, a world that Henry would never have recognized.

Marshall’s criticism of this and other core beliefs is well grounded. First, the Reformation was not a single, unified movement, but a series of “discrete reformations” within Europe as well as the British Isles. These reformations were messy, often violent; sometimes productive, at other times counterproductive. They lurched toward ends that were diverse and pluralistic. Imposing a linear grid on the process distorts the reality of the lived experience.

Second, the radical transformations that occurred as part of the process came from within English Catholicism as much as from without. The orthodox Catholicism of the time was the seedbed of the Reformation in England. What Marshall calls the “profoundly permeable boundaries” between orthodoxy and dissent made the Reformation possible.

Marshall shows how deeply Catholic many of those were who went over to the other side in the course of a turbulent 16th century. He lays out the political upheavals and intrigue that characterized the successive reigns of Henry VIII, Edward VI, Mary and Elizabeth I, and his depiction of these monarchs is masterful. Each one emerges as an individual of force, conviction, conflict and courage, particularly Henry, who was devoutly orthodox and open to reunion with Rome (at least in the earlier years).

The “profoundly permeable boundaries” between orthodoxy and dissent made the Reformation possible.

Marshall rightly gives a great deal of attention to monastic foundations and their pervasive impact on daily life in 16th-century England (Benedictines, Carthusians, Cistercians). Carmelite, Dominican and Franciscan friars as well as Bridgettine (Augustinian) nuns figure in the narrative. It is a pity, however, that Marshall gives fewer than a dozen pages to the Jesuits, who through the intervention of Edmund Campion and others played a far more important role in Catholic politics of the Reformation than readers of Heretics and Believers might gather.

Marshall gives his reader a sweeping, panoramic, multiclass view of the Reformation era. His command of the complicated historical, cultural, political and theological issues that roiled the 16th century is impressive. He is a skillful synthesizer of earlier scholarship, both his own and that of others. Further, his uncanny ability to craft graphic, sometimes gripping narratives (not just scenes of martyrdom or riot, but even theological disputation) is noteworthy.

A text for specialists

But the publisher’s assertion that this book is “for general readers” is a debatable proposition. This is not a book for any general reader I know. Despite successful strategies to enrich the narrative with telling details of life in 16th-century England at all levels—royal, clerical and ordinary—Heretics and Believers is altogether too dense with such details. In these instances and others, examples multiply when one or two would suffice. This is a book for only the most energetic and patient readers, specialists or academics.

This is a book for only the most energetic and patient readers, specialists or academics.

Further, there is more to shaping text for a general reader than crafting an engaging narrative. Marshall’s strategy of eliminating a bibliography and jettisoning all footnotes to a “Notes” section at the back is unfortunate. Marshall’s rather too-breezy style and frequent use of stale metaphor and cliché create an unsettling, inappropriate tone and diminish his accomplishment. Expressions like “hot-button issue,” “think tank,” “charm offensive,” “put the squeeze on,” “crisis management,” “marriage made in heaven,” “a game-changer” and “to-do list” litter the text and seem a rather condescending attempt to communicate with the general reader. Too often, observations meant to be serious really only amuse: “Such an outcome was probably never on the cards: having test-driven, at speed, his exciting new vehicle, Henry was not about to return it to the shop”; “smart rats were starting to leave Wolsey’s ship”; “Henry stuck to his theological guns.”

A revolution or an evolution?

Catholics in the United Kingdom: A creative minority
Michael J. O’Loughlin
But Heretics and Believers is not a major reinterpretation of the story of the English Reformation: to make that assertion is to ignore the work of a number of scholars, most prominently Eamon Duffy. Particularly with his three most recent studies, Duffy has emerged as the pre-eminent scholar of the English Reformation within the United Kingdom. He and others have demolished the work of previous generations of scholars, particularly that of A. G. Dickens.

Others better versed in the extensive literature and materials of the period may perhaps disagree, but it seems to me that Marshall’s debt to Duffy and his colleagues for their groundbreaking work cannot be overstated and deserves more than a brief mention in the acknowledgments and references in the Notes.

Publisher’s hyperbole aside, Peter Marshall’s Heretics and Believers is a work of careful, reliable scholarship, freshened by the author’s research, reflection and insight. It is a substantial, scholarly contribution to revising our understanding of a cataclysmic cultural event, whose reverberations are still felt 500 years later.

This article also appeared in print, under the headline “Was the English Reformation inevitable?,” in the December 25, 2017, issue.

Robert E. Hosmer Jr. is an English professor at Smith College in Massachusetts.