How to celebrate Hispanic Heritage Month during the Covid-19 pandemic 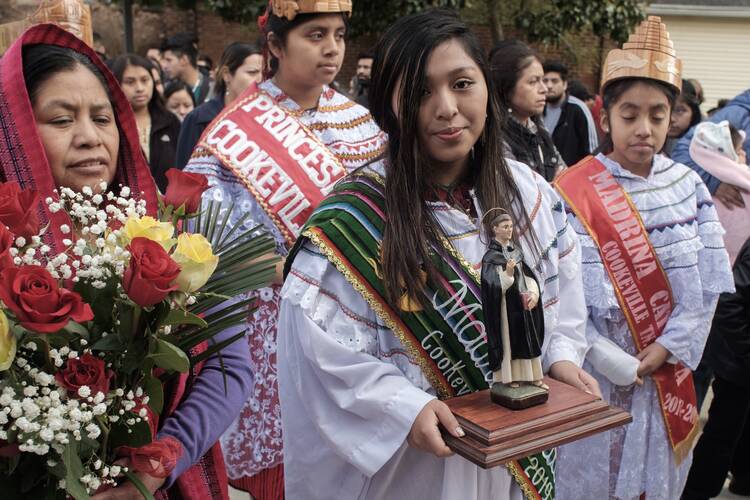 With a global pandemic, ongoing racial tensions and the presidential election, Hispanic Heritage Month is looking a little different in 2020.

As a nation, the United States celebrates this growing segment of the population with Hispanic Heritage Month every year from Sept. 15 to Oct. 15. President Lyndon Johnson first declared Hispanic Heritage Week in 1968 and President Ronald Regan extended it to a full month in 1988.

The next president of the United States will undoubtedly also be aware of the growing influence of Latinos in the United States. Both major presidential campaigns are courting Catholic and Latino voters with initiatives like “Catholics for Biden” and “Latinos for Trump.”

The campaigns are being waged during the Covid-19 pandemic, which has taken an especially heavy toll on the Latino community. According to the Pew Research Center, the unemployment rate for Latinos is higher than that of the general population, and is particularly high for Latina women. Latinos also have the highest rate of infection from Covid-19, according to The New York Times. This may be related to the number of Latinos who are essential workers.

At a time when the United States is reexamining its history of racism, communities of Latino Catholics are doing the same. “We’ve taken a step back and really taken a look at ourselves,” Patricia Jiménez, the communications coordinator for V Encuentro, told America. “As we take leadership in the church, we’re being conscious of who’s at the table. We have a responsibility. Our silence adds to the culture of systematic racism. It’s not just speaking, but action.”

Adrienne Alexander, a union lobbyist and board member of two organizations working at the intersection of faith and labor, and Michael N. Okińczyc-Cruz, the executive director of the Coalition for Spiritual and Public Leadership, wrote about how Black and Latino communities are coming together to address systemic racism.

“As Latino and Black Catholics, we are an integral part of the universal church and this country,” they wrote. “Our leadership at this moment is more important than ever. The church must be a beacon of hope and a vessel for justice, and we must be the ones to move it in a direction that is far more bold, prophetic, anti-racist and anti-imperialist.”

Last year, America asked readers how well the church has been serving Latino Catholics. In his response, Hosffman Ospino, associate professor of Hispanic ministry and religious education at Boston College, underscored the many contributions Latinos make to the church and society.

How Catholic chaplains are serving the Latino community during Covid-19
J.D. Long-García

“There is no such a thing as ‘the church’ and ‘Latino Catholics.’ Latino Catholics are the church along with Catholics from other cultural backgrounds,” he wrote. “Parishes where Latinos gather to celebrate and grow in our faith are de facto welcoming spaces. There, our many Latino and Latin American cultures meet, not without tension of course, and are often affirmed as we all come together to celebrate the joy of being disciples of Jesus Christ.”

Right now, the United States finds itself at a crossroads. During Hispanic Heritage Month, we must recognize how Latinos have shaped the nation’s past and look forward to the ways in which we can be future leaders of our church and our nation.