Review: The Cambridge critics who revolutionized the way you read 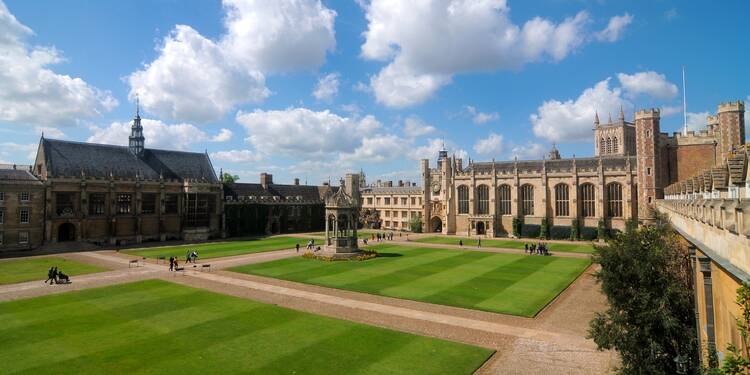 The prolific Terry Eagleton has become one of Britain’s most respected public intellectuals, whose writing incorporates Marxist and Catholic perspectives. He has written over 40 books on religion, philosophy and culture, as well as literary theory and literary and social criticism.

His latest, The Critical Revolutionaries: Five Critics Who Changed the Way We Read, focuses on T. S. Eliot and four critics associated with Cambridge University: I. A. Richards, William Empson, F. R. Leavis and Raymond Williams, all of whom revolutionized literary study and foreshadowed the New Criticism movement that became widespread in mid-century American universities. At Cambridge, these four made English studies a center of “reaction to what seemed the impoverishment of both life and language.” Eagleton deals with their ideas in his typically engaging and perceptive way.

“Literary discourse,” Eagleton says, came to offer them an alternative to the “purely instrumental ends to which a crass, technological society had harnessed” human interactions and where “language, persons, values, and relationships could be treated as ends in themselves.” This meant that literary critics acquired the “responsibilities of the priest, prophet or politician,” and that unpacking a metaphor became an exercise of social responsibility.

Eagleton is perhaps especially comfortable in discussing these five scholars because he attended Cambridge University and either had listened to them in the lecture hall or otherwise met them (except for Eliot, though he knew people who were directly acquainted with Eliot).

Eagleton’s Marxist views put him at odds with the reactionary Eliot, yet he observes that despite his conservatism, Eliot nonetheless “rejects capitalism’s greed, selfish individualism and pursuit of material interests.” Nor does Eliot’s elitism “exclude a concern for the common people,” and his views are hardly those of the Conservative Party in the United Kingdom today.

He posits Eliot as “an unstable compound of bourgeois stuffiness and literary saboteur, moving between genteel Mayfair and bohemian Soho.” As Eagleton says, for Eliot “the business of criticism is to evaluate various nuances of feeling, whether ‘decadent’ or sentimentalist, ebullient or enervated, sardonic or sublime,” since his “interest is not so much what a poem says…as with the ‘structure of emotions’ it embodies.”

Whatever his famously conservative views, Eliot’s version of social criticism is very much his own: He was as much a critic of the social orthodoxies of his day as George Orwell, except that “his critique is launched from the right rather than the left.”

Eliot is known for his commitment to tradition, yet “his attitude toward tradition is not all that traditional.” For him, tradition works backward as well as forward, so that “when a new piece of writing enters the literary canon, it retrospectively changes the relations between previous works, allowing us to view them in a new light.” Eagleton sees this as an attempt to reclaim the author’s avant-garde literary practice “for a conservative poetics.”

As for Eliot’s anti-Romantic insistence that the poem should extinguish any self-expression, Eagleton finds that it renders the poet too passive, a “receptacle…like a catalyst in a chemical experiment.” He sees a political reason behind this. Eliot, he says, finds this impersonality to be an antidote to the fantasy of a potentially “boundless self…a daydream typical of the United States.”

I. A. Richards has perhaps had an even more direct influence on U.S. literary studies than Eliot. He disrupted the dilettantish approach to literature prevalent at Cambridge—“literary gossip, good taste, and elegant belles lettres, not disciplined critical intelligence.” Of Eagleton’s five subjects, Richards is the lone theorist, and his work consists of “the most systematic defence of poetry to be found in the English language.” His materialism and (supposedly) scientific approach to poetry put him at odds with his peers; he thought literary criticism ought to be “a branch of the science of psychology.”

For Richards, “great poetry represents the finest, most delicate and efficient organization of impulses available to humanity,” rendering poetry not didactic, but a kind of mental hygiene. Getting that benefit requires educational skill in the close reading of poems, something he felt students lacked. In Practical Criticism (1929), Richards presented a series of unidentified poems and student responses to them, revealing the students’ inability to make significant critical responses, then went on to show how it might be done.

More support for close reading came with William Empson’s Seven Types of Ambiguity, which came out one year later, “one of the greatest critical works ever to appear in English.” Empson showed how ambiguity can provide richness in compression of language for maximum effect. Examples that Eagleton points to include Hopkins’s “The Windhover” and an extraordinary reading of Herbert’s “The Sacrifice,” in which Christ’s saying, “Man stole the fruit, but I must climb the tree,” is ambiguous; the tree is both the cross and the tree onto which Jesus replaces the apple plucked by Eve.

Empson elucidates such multiple paradoxes as: Christ “is scapegoat and tragic hero; loved because hated.” As Eagleton observes, “This…is far more theologically perceptive stuff than the image of God as Stalin”—Empson’s usual view. His awareness, says Eagleton, of “the limits of the human situation” as “the most fundamental aspect of literary art” gives his “humanism…a tragic inflection.” Eagleton admires his “liberal rationalist habit of deflating and demystifying portentous nonsense,” something at which Eagleton himself has been adept.

For I. A. Richards, “great poetry represents the finest, most delicate and efficient organization of impulses available to humanity,” rendering poetry not didactic, but a kind of mental hygiene.

F. R. Leavis, another advocate of close reading, is perhaps best known for his study of the novel in The Great Tradition, from 1948, a study that bristles with pronouncements promoting and demoting various works, according to his view that fiction should be what “makes for life.” As Eagleton points out, Leavis avoids explanation of his choices because for him, life is the enemy of definition. Literature makes us feel more intensely alive, according to Leavis, though Eagleton comments that “if we feel at our most alive only when reading Middlemarch or The Rainbow [two of Leavis’s favorites], we must be in pretty poor shape.”

In his concluding chapter, Eagleton has special praise for his former Cambridge tutor and friend, Raymond Williams: “Throughout his career, Williams spoke up for hope while keenly aware of human cruelty and corruption.” Williams came to dislike close textual reading, which he saw as a way of avoiding larger issues.

Williams’s best-known book, Culture and Society (1958), “spoke urgently to the condition of Britain in the late 1950s.” Eagleton sees Williams as making an ambitious attempt to construct “a radical tradition of his own,” drawing on a variety of “cultural and free-floating intellectuals to challenge the social order,” from Blake and Coleridge to Orwell and Leavis.

Seeing him as “an ecologist long before the word was in general currency,” Eagleton especially admires Williams for the depth of his humanity and his idea that “[t]he growth of love and the capacity for loving…are fundamental to the development of a society…far from received positions, on the political left or anywhere else.”

This article also appeared in print, under the headline “The Cambridge Dons,” in the February 2023, issue. 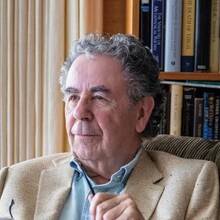 Jerome Donnelly is a retired English professor from the University of Central Florida.