Review: Terry Eagleton seeks to rescue the idea of sacrifice 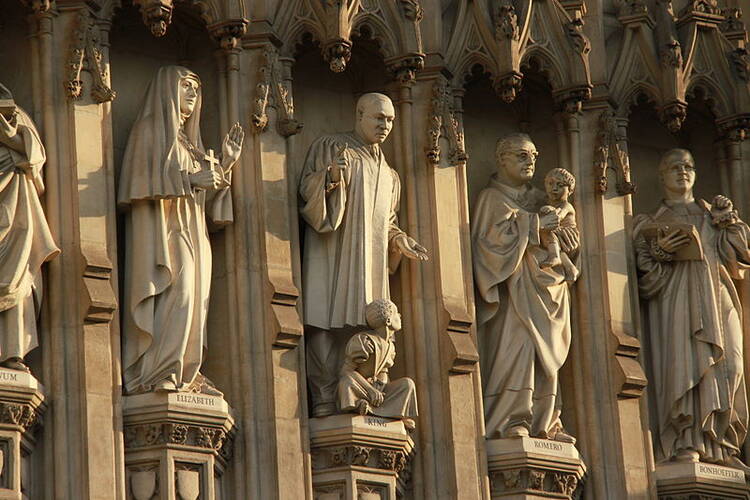 Sacrifice can be an unattractive word. It can suggest ideas of masochism and repression. In Radical Sacrifice, Terry Eagleton wants to rescue the concept for political purposes. To do this, he traces the history of sacrifice in literature and philosophy, covering a broad range of writers from Greek tragedy to contemporary philosophy, with Jesus’ crucifixion at the center. He argues that a combination of Christian theology and Marxism helps him retrieve the ethical and political meaning of sacrifice.

The martyr sacrifices his or her life in order to affirm it as a gift. Eagleton argues that previous philosophical interpretations of sacrifice do not fully capture the gift of Jesus’ martyrdom. According to Jacques Derrida, for a gift to be a gift, it has to be completely gratuitous—without the expectation of another gift in return. Eagleton, however, does not see much of a problem in reciprocity, because he views it as central to the formation of a community. Though the crucifixion does represent a gratuitous gift of forgiveness and love, it also signals a way of relating to others based not on use or profit but on solidarity and commitment.

Sacrifice also lays bare the conflict between a self-centered life and one devoted to others. Self-fulfilment is linked to the pursuit of material gains, but this can become its own form of self-denial. There is a difference between the person who sacrifices his or her life for capital and the one whose life is martyred. For the poor, the sick and the dying, awareness of one’s mortality is part of daily life. They are sacrificed in the sense of being excluded from society and discarded as useless.

Radical Sacrifice makes a persuasive case that a life given in the defense of those who are rejected, or sacrificed, is a life deeply lived.

Eagleton thus focuses on the dispossessed as potential agents of political change. Their very existence acts as a mirror that reflects back to society at large its own inhumanity. The wealth of the few is built on the poverty of many. When embraced, a sacrificial form of self-dispossession challenges an “ethic of self-sovereignty” by suggesting that our identities are relational instead of centered on the individual.

Eagleton’s erudition can at times be overwhelming. This book presumes a thorough familiarity with the history of English literature and with contemporary political theory. Nonetheless, Radical Sacrifice makes a persuasive case that a life given in the defense of those who are rejected, or sacrificed, is a life deeply lived.

This article also appeared in print, under the headline “Lives given for the few ,” in the August 6, 2018, issue.