Jane Austen’s greatest lesson? Becoming the person God created you to be 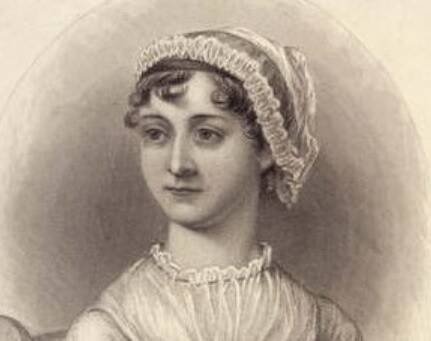 During my second semester as a college professor, I sat in on a class devoted to Jane Austen. It was one of the most popular classes at the Protestant liberal arts college where I was teaching, and the professor of the course was a formidable force—and an invaluable mentor. The class read every single Jane Austen novel together. At the course’s end, students were given an “honesty” test. If the students hadn’t read all six Austen books in full, they were deducted a full letter grade. About a quarter of the students self-deducted that letter grade. I remember being shocked at the students’ honesty. I also remember being surprised and captivated by the deep, immersive discussions we shared week in and week out—surprised how Austen’s novels invited the students to reflect on their personal moral characters and how I, too, began to reflect on mine.

As I read Jane Austen’s Genius Guide to Life: On Love, Friendship, and Becoming the Person God Created You to Be, by the popular podcaster and blogger Haley Stewart, I was taken back nine years to that semester. The year before, I had converted to Catholicism. That spring I was immersed in Jane Austen, my new Catholic faith and navigating a new profession in a new town. I was also immersed in forming, and sometimes stumbling into, new friendships and relationships.

Jane Austen's novels remain popular because they take situations we all face and make us question how we would act in them as the pressure increasingly rises.

It was a time when I often shared tea after class with that beloved yet somewhat irascible teaching mentor in her office. Over tea, this professor provided an opinion on every colleague at the university, on every student in the Jane Austen class and on my emerging teaching. Beyond that, we also spoke about philosophy, friendship, literature, religion and the arts—all through the lens of Jane Austen. It was a whirlwind of a semester, and it was one of the loveliest, most transformative experiences of my entire life.

Stewart offers the same opportunity I experienced to every reader who chooses to have it, but this time with her warm, inviting and much less irascible voice than my former mentor’s as a guide. As you read the book, you feel as if you are having tea with Stewart and chatting about life’s most important matters—matters that for both Stewart and Austen arise from daily intimate moments.

Stewart points out that Austen’s literary genius lies in the fact that she crafts stories that impart the most pressing of human concerns in what seem at first the most mundane of experiences. “Our lives are made up of small things,” Stewart writes, “dealing with financial worries, conversing with irritating neighbors, navigating relationships with difficult family members, making conversations at the dinner table, taking a short trip with friends, regretting past decisions, making small misjudgments of others.” It is in how we confront these daily occurrences that we truly determine who it is that “God intended us to be.” These are the moral quandaries, the battles we face as humans, that build our character.

Throughout all of Jane Austen’s novels, we root for all of those with flaws to become more virtuous.

Although Austen’s novels were written over 200 years ago, they remain popular because they take situations we all face—social interactions with each other that are small and large in scale—and make us question how we would act in them as the pressure increasingly rises. Austen never preaches to her readers about the right thing to do. Rather, her readers witness everyday situations unfold and place themselves in them, intuiting what they ought to do. Her main characters are like us, too: imperfect people trying to navigate a morally complex world.

Stewart describes Elizabeth Bennet in Pride and Prejudice as likable but flawed. Elizabeth is “clever,” she writes, “but overconfident in another intellectual gift: her powers of perception.” Elizabeth’s pride leads her to believe lies about her future love interest, Mr. Darcy, and her flaw leads to one of the novel’s major conflicts. Of course, Mr. Darcy’s pride also leads him to act uncharitably toward Elizabeth when he meets her, as well as at other key points in the novel. Importantly, though, we root for these flawed characters to be better, for their lives to flourish.

Indeed, throughout all of Jane Austen’s novels, we root for all of those with flaws to become more virtuous. Stewart argues that this is because Austen builds her novels “on the Christian tradition of virtue.” Stewart charmingly relates the story of her brother aspiring to be like Mr. Knightley after watching the 1996 movie version of Emma. This happens not because Austen tells readers Knightley is a good character but because she models how kind and respectful he is. Stewart then suggests Knightley is an exemplar of the cardinal virtue of prudence.

Stewart playfully calls Austen our “life coach” throughout her book: someone who can help you flourish and live “the good life.”

If we are to take Stewart’s anecdote about her brother to its logical end, it is not only Austen’s characters we root for to become more virtuous; it is also inevitably ourselves. This is the magic of Austen’s writing: It calls for us all to be better humans.

Throughout her book, Stewarts outlines how Austen’s novels explore the cardinal and theological virtues. Interpreting Austen’s novels through the lens of virtue theory can help us better understand God’s design for our lives, she argues. Importantly, none of the main characters in Austen’s novels are like any other. The bashful Fanny Price in Mansfield Park is completely different from the lively Marianne Dashwood in Sense and Sensibility, yet all of Austen’s characters hold lessons about how to develop their varied personalities for the better.

Stewart playfully calls Austen our “life coach” throughout her book: someone who can help you flourish and live “the good life.” Stewart acts as a life coach throughout the book as well. Her writing is at once accessible and erudite. Each chapter includes a short novel summary at the beginning for those who have not read all of Austen’soeuvre, yet she quickly delves into thoughtful close readings. Stewart cites Cornel West, Flannery O’Connor, Dante Alighieri, G. K. Chesterton and many others to add context.

Jane Austen gets a makeover in ‘Sanditon’
Rob Weinert-Kendt

At the end of each chapter, Stewart also includes a paragraph or two devoted to the Virgin Mary. These paragraphs distill the chapter’s moral focus into a contemplative reflection about how Mary can ground an understanding of each Austen novel based on her own exemplary life.

This would be an ideal read for book clubs at churches, schools or simply with groups of friends who already love Austen or want to learn more about her.

I have loved Austen for years, and I found this book comforting and exhilarating. As someone who has identified with different Austen heroines at different moments of her life, this time I reflected anew on how reading Austen could make me holier. I can’t wait to assign an Austen novel—or perhaps six—in an upcoming class of my own, now with Stewart as one more mentor to refer to, as I and my students all explore how Austen invites us to consider “the people God calls us to be.”

This article also appeared in print, under the headline “Finding the Good Life through Fiction,” in the November 2022, issue. 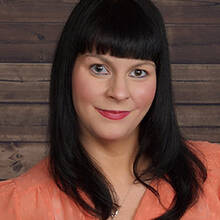 LuElla D'Amico is an associate professor of English and coordinator of women's and gender studies at the University of the Incarnate Word in San Antonio, Tex.

@LuElla_DAmico
Show Comments ()
Join the conversation: Login or create an account
Before you can comment, you need to update your profile to include your first and last name, as required in our comments policy. Then reload this page and you'll be set up for commenting. Update your profile