Pride and Principle: The spiritual side of Jane Austen’s novels 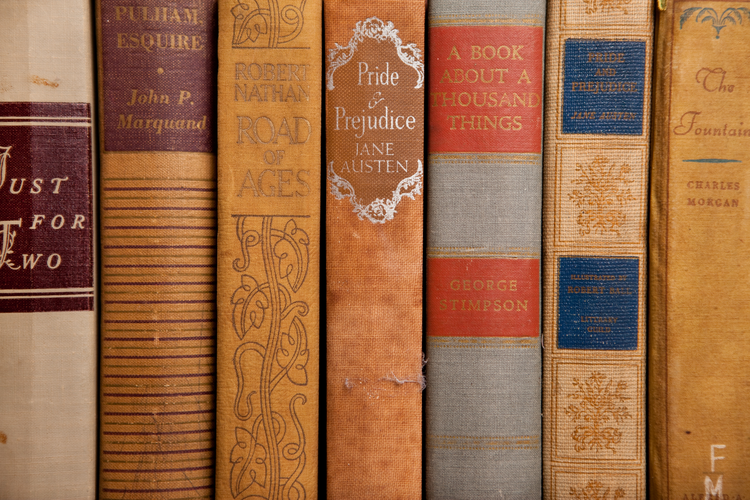 In the 200 years since the publication of Jane Austen’s Pride and Prejudice, women’s rights have risen, empire waists have fallen and many manners of the day have disappeared with the barouche and the bonnet. But a good love story is timeless, and Jane Austen’s novels still have a place in the hearts and on the bookshelves of readers worldwide.

Romance is not the only timeless element in Austen’s novels, however. Her works have a solid moral and spiritual foundation that make them as much about vice and virtue, character and conscience as about marriage and manners. The turning points in her novels often hinge on a character’s examination of conscience, putting morality front and center.

God, church and religion were an integral part of Austen’s life and the society she lived in, and they influenced her work. Her novels are rife with moral commentary on everything from hypocrisy (Mr. Collins in Pride and Prejudice) to near occasions of sin (the play in Mansfield Park) to love and marriage. Speaking in Pride and Prejudice of the marriage between the wayward Lydia and the deceitful Wickham, Austen offers: “How little of permanent happiness could belong to a couple who were only brought together because their passions were stronger than their virtue, [Elizabeth] could easily conjecture.”

The influence of Austen’s religious and moral worldview is seen perhaps most explicitly in Mansfield Park, whose heroine, Fanny Price, humbly examines her conduct and that of others through the lens of morality. For example, Fanny disapproves of staging the play “Lovers’ Vows” at Mansfield Park partly because it facilitates an inappropriate flirtation between the engaged Maria Bertram and the rakish Henry Crawford. Diane Capitani, a lecturer at Northwestern University and a speaker with the Jane Austen Society of North America, calls Fanny the representation of moral law in that novel.

Mansfield Park also gives a positive view of church and clergy through the character of Edmund Bertram. “I cannot call [the clergyman’s] situation nothing,” he says, “which has the charge of all that is of the first importance to mankind...the guardianship of religion and morals, and consequently of the manners which result from their influence.”

Austen wanted her novels both to entertain and to have a moral purpose; contemporary reviewers praised both aspects of her work.

In Austen’s other novels, morality and spirituality are treated somewhat less explicitly. That these concerns are examined primarily through character and action, not high-handed preaching, recalls Austen’s own religious upbringing. In Jane Austen: The Parson’s Daughter, Irene Collins notes that under the guidance of her father, an Oxford-educated Anglican clergyman, Austen “was encouraged...to make her witness in the world through her behavior to others rather than by preaching: In her writings, as in her life, she was to be typically reticent with regard to religious devotion and to concentrate instead on providing examples of good and evil in people’s conduct towards each other and in their attitude to society at large.” Austen, says Collins, wanted her novels both to entertain and to have a moral purpose; contemporary reviewers praised both aspects of her work.

What’s in a Name?

One need look no further than the titles of Pride and Prejudice and Sense and Sensibility to see that the characters’ flaws and virtues are as important to the stories as the characters themselves. Austen’s heroes and heroines shine brightly either in devotion to or in reformed adoption of the cardinal virtues (prudence, justice, fortitude and temperance) and the fruits of the Spirit (charity, joy, peace, patience, kindness, goodness, generosity, gentleness, faithfulness, modesty, self-control and chastity).

Characters who exemplify these qualities, like the gentle Jane Bennet (Pride and Prejudice), patient Elinor Dashwood (Sense and Sensibility) and modest Fanny Price (Mansfield Park), are rewarded with home and husband. Those who often do not (the narrow-minded Mr. Collins, the preening Sir Walter Elliot) are playfully skewered. Those needing some polish (the proud Darcy, emotionally intemperate Marianne and snobbish Emma) are metaphorically thrust into the belly of the whale for a sober examination of conscience before being spat out, chastened and grateful, a few steps from the altar. Their final task is the same that awaits the repentant sinner: confession and reconciliation. In Austen’s novels, these are sealed with a marriage.

Teenage Queen: A 'Marie Antoinette' for the age of Occupy
Julie Rattey

The famous conversation between Darcy and Elizabeth near the end of Pride and Prejudice, full as it is of moral terms like pride, vanity and ashamed on one hand and kindness, generous and compassion on the other, is as much a confession of sins as it is a profession of love. In Emma, only after the titular character has acknowledged her folly and wrongs, and atoned for them through good works, is she a suitable life partner for Mr. Knightley. In Sense and Sensibility, Marianne’s near-fatal illness, partly brought on by her emotional indulgence, spurs a realization of her faults and a humble confession to her more stable sister, Elinor. She expresses a penitent desire to atone to God, family and community:

[M]y feelings shall be governed and my temper improved. They shall no longer worry others, nor torture myself. I shall now live solely for my family.... [I]f I do mix in other society, it will be only to show that my spirit is humbled, my heart amended, and that I can practise the civilities, the lesser duties of life, with gentleness and forbearance. As for Willoughby,...[h]is remembrance...shall be regulated, it shall be checked by religion, by reason, by constant employment.

Marianne’s reform enables her to recognize the merits of the worthy Colonel Brandon—and ultimately accept him in marriage.

Whether the parallel is intentional or not, one can see in these character progressions the echo of the soul’s journey from sin (and thus, separation from God) to spiritual reconciliation and symbolic marriage with Christ. The journeys of Austen’s leading characters recall the soul’s “pilgrim’s progress” to the Celestial City and its encounters with a host of unusual people and places on the road. To the readers’ delight, this progress is narrated with Austen’s characteristic wit, a reminder that on this journey, it doesn’t hurt to laugh at ourselves along the way.

“I could not sit seriously down to write a serious romance under any other motive than to save my life;” Austen wrote in 1816, “and if it were indispensable for me to keep it up and never relax into laughing at myself or at other people, I am sure I should be hung before I had finished the first chapter.”

Toward the end of Pride and Prejudice, Darcy speaks to Elizabeth of the faults of his past. “Such I was...” he says, “and such I might still have been but for you, dearest, loveliest Elizabeth! What do I not owe you? You taught me a lesson, hard indeed at first, but most advantageous. By you, I was properly humbled.”

Through her novels, Austen acts as an Elizabeth for her readers, revealing to us our human weaknesses and making us—if we are humble enough to heed her implicit advice—better heroes and heroines of our own real-life adventures.

View a photo gallery of illustrations and pictures from 200 years of Pride and Prejudice.

Julie Rattey is a senior editor and writer at Boston University and the author of "If I Grew Up in Nazareth: Take a Trip Back to the Time of Mary, Joseph & Jesus" (23rd Publications).

Show Comments (
5
)
Comments are automatically closed two weeks after an article's initial publication. See our comments policy for more.
M Therese Bellaimey
7 years 9 months ago
"Principal?" I thought this was going to be a discussion of entails, rents, wills, and property. Hoping the headline-writer is just having a Friday-the-13th with the spell-checker...
Tim Reidy
7 years 9 months ago
Fixed! Yes, blame it on Friday the 13th!
Robert Killoren
7 years 9 months ago
Thank you, Julie Rattey. Your article gives another reason to appreciate the writings of Jane Austin. Like any great work of literature, Austin's novels speak in new and fresh ways to each new generation of readers. There is such a hunger today for the order, morals, and (I now see) the spirituality that her novels portray. Even though so much of our culture has changed from Jane's era, the core values and personal commitments necessary to achieve a fulfilling and happy life are the same. You've certainly given me motivation to pick up her novels and read them once again.
Nicholas Clifford
7 years 9 months ago
"It is a truth universally acknowledged. . . " that a father of four daughters (as I am) should read Pride and Prejudice, perhaps as much as a how-to book as anything else. All mine are happily married, and there is no Wickham among my sons-in-law. And if is true that one of the main purposes of marriage is to socialize men so that they are taught to work for the common good, Austen is also a guide (as witness the revealing statement from Mr. Darcy above). Those pictures in the gallery are terrific!
Michael Paterson-Seymour
7 years 9 months ago

Jane Austen requires attentive reading. Emma’s reflection, “Was it new for any thing in this world to be unequal, inconsistent, incongruous -- or for chance and circumstance (as second causes) to direct the human fate?” captures nearly two millennia of Christian philosophy in a parenthesis.