Review: The hallmarks of Black Catholic spirituality in the work of Toni Morrison 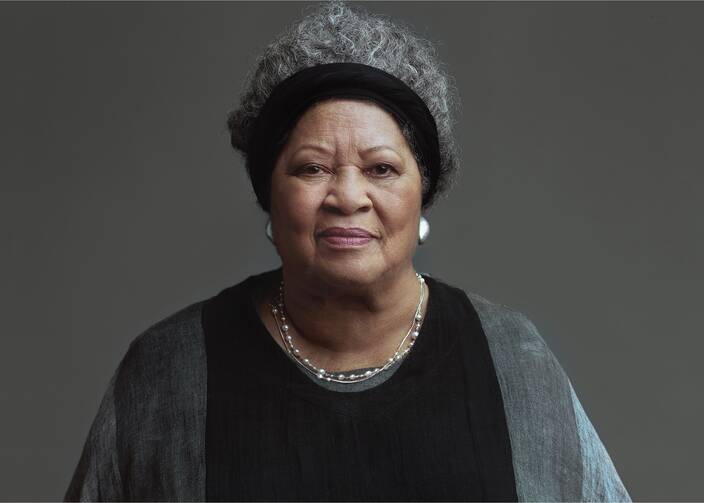 In 1984, the Black Catholic bishops of the United States wrote a letter on evangelization, “What We Have Seen and Heard.” In that letter they identified four hallmarks of Black spirituality: It is contemplative, holistic, joyful and communal. All of these characteristics are highlighted in Nadra Nittle’s Toni Morrison’s Spiritual Vision: Faith, Folktales, and Feminism in Her Life and Literature.

“In keeping with our African heritage, we are not ashamed of our emotions,” the bishops wrote. “For us, the religious experience is an experience of the whole human being—both the feelings and the intellect, the heart as well as the head…. Not only is it possible to counteract the dehumanizing forces in our world and our work but we can restore the human.”

Toni Morrison’s characters always find faith in themselves, in God and in the circumstances of life, without always explicitly naming it as faith.

The hallmark of Black spirituality most evident in Nittle’s account is that it is holistic. “In Morrison’s worldview, as in Christianity, the last do come first. This means Blackness and femaleness are not to be loathed but revered,” Nittle writes. “Toni Morrison grew up convinced of this fact because the African Americans in her family weren’t just faithful people. They appeared to her in many ways to be magical, divine.”

Born Chloe Ardelia Wofford in 1931 in Ohio, Morrison became a Catholic at age 12. At her baptism, she took the name Anthony in honor of the saint of Padua; later, someone mistakenly called her “Toni,” and the name stuck. A graduate of Howard University and Cornell University, Morrison later became the first Black female fiction editor at Random House. She published her first novel, The Bluest Eye, in 1970. Another novel, Song of Solomon (1977), won the National Book Critics Circle Award and brought her to national prominence. The publication of Beloved a decade later led to her reception of the Pulitzer Prize in 1988, and in 1993 she was honored with the Nobel Prize in Literature. President Barack Obama gave her the Presidential Medal of Freedom in 2012.

From 1989 to 2006, Morrison was a professor at Princeton University and Cornell University. She died in August 2019 at the age of 88. Among the eulogists at a memorial service held several months later at the Cathedral of St. John the Divine in New York City were Oprah Winfrey (who produced and starred in the screen adaptation of Beloved), Fran Lebowitz, Ta-Nehisi Coates, Michael Ondaatje and Angela Davis.

Nittle wrote a story for America in 2017 (“The Ghosts of Toni Morrison: A Catholic Writer Confronts the Legacy of Slavery”) that became the kernel for Toni Morrison’s Spiritual Vision. Throughout the book, Nittle explores a dimension of African American spirituality seen in past generations but that still persists to some degree today: the mixing of organized religion with native or tribal religions. I can attest to this myself. My father was a native of Louisiana, and his parents and sister had some very definite thoughts about dreams and premonitions. Like Morrison, they found this compatible with their practice of Catholicism.

I can also relate when Nittle writes how Morrison’s “family believed that certain events in dreams represented events in real life—but often in an inverted way. A dream about a joyous occasion like a wedding signified that a somber occasion like a funeral was imminent.” I recall a relative whom my family feared because whenever she spoke of a dream, someone in our family would inevitably become gravely ill or die. Yet that woman was a very devout Catholic who went to Mass every Sunday and was the president of the Rosary Guild.

Morrison saw in this form of Christianity the beauty of ritual. We may not think of Morrison as a Catholic writer because her understanding of the Catholic faith was not always explicitly shown in her writing, but God was often a presence along with some magical events among her characters and their circumstances. Nittle points out that in Morrison’s novel Paradise, there are elements of Afro-Brazilian religions along with the depiction of the Black Madonna:

In Paradise, a “syncretic cult” that merges West African spirituality with Roman Catholicism inspires the hatred of outsiders who brand such a belief system evil, but the Kingdom of Kongo demonstrates how Africans have approached religion in this way for centuries, if not always.

Nittle also spends a chapter discussing how Morrison’s novel Sula looks at the role of good and evil in a community. By setting part of the novel in New Orleans, a very Catholic city, Morrison explores the complicated issues of colorism, the treatment of Black women as sex objects and the existence of multicolored Virgin Marys. In these and other writings, Morrison recreates what I suspect she experienced as a child, as I did: the mixing of folklore, religion and dreams. Taken together, these make “the reality of an indigenous African way of being,” Nittle writes. “And in the mold of the Black oral tradition, her works have a moral core because African American storytellers serve primarily as teachers who impart life lessons to community members, particularly the young.”

“In Morrison’s worldview, as in Christianity, the last do come first. This means Blackness and femaleness are not to be loathed but revered,” Nittle writes.

I heard so many tales about life, death and how to (and how not to) act in the world from my Louisiana grandmother that their weight caused me to be extremely cautious as I grew older. Whether these stories were true or not, they had a moral conclusion and were often connected to my grandmother’s work as a housekeeper and cook. She often ended her stories with “God help them,” so as to suggest the constant human need for divine intervention.

Nittle states it well: “Healing—through religious syncretism, racial pride and the wisdom of elders—is the crux of Morrison’s fiction.” She provides the context for this assertion by exploring the origins and history of the African Methodist Episcopal Church, Black liberation theology, and the relationship between Black Catholics and hoodoo—the use of plants, teas and other objects for healing by a leader, called a conjurer or root worker.

This last exploration encourages the reader to consider the pervasive role of racism within Christianity and the need to honor practices like hoodoo as a valid expression of healing and a way of restoring humanity. My grandmother believed that her healing poultices worked, but her prayers over me that I might be freed of a cold or allergy always included at least one Hail Mary. I believe this complicated amalgam of medicines and prayers cured me of my childhood allergies. Faith certainly entered into these experiences.

Toni Morrison’s characters always find faith in themselves, in God and in the circumstances of life, without always explicitly naming it as faith. As Nittle notes, these discoveries lead them to new realizations and moments of deep awareness about life and love. The reader can see God in all areas of Morrison’s characters’ circumstances—in the “magic,” in the pain and suffering, and in the call to healing and wholeness that leads to life.

Boreta Singleton is the director of faculty formation at St. Peter’s Prep High School in Jersey City, N.J. She is a candidate for the Sisters of Mercy of the Americas and a member of St. Francis Xavier Parish in Manhattan.

This article also appeared in print, under the headline “Life and love in the work of Toni Morrison,” in the May 2022, issue. 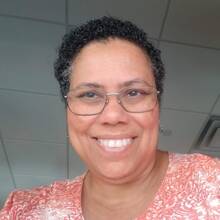 Boreta Singleton is the director of faculty formation at St. Peter’s Prep High School in Jersey City, N.J. She is a candidate for the Sisters of Mercy of the Americas and a member of St. Francis Xavier Parish in Manhattan.