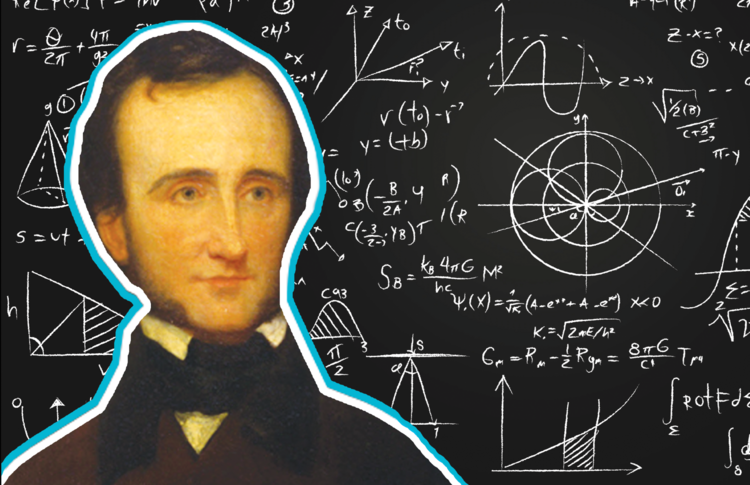 This biography of Edgar Allan Poe is as much a history of science in America as it is a biography of Poe. Which is not a bad thing. But if you are looking for a moody, atmospheric biography, this is not it. Nor is it an investigation of the literary or psychological aspects of Poe’s strange and unlucky career. One of the best books for that—“The best book by anybody on Poe,” according to Allen Tate—is Poe Poe Poe Poe Poe Poe Poe by Daniel Hoffman.

The Reason for the Darkness of the Nightby John Tresch

However, for Poe fans as well as those interested in the role of science in American history, this book is absorbing, informative and entertaining. Author John Tresch, a professor and the Mellon Chair in History of Art, Science and Folk Practice at the Warburg Institute in London, writes, “This book tells the full story of Edgar Allan Poe’s life, but it does so from a new angle. It returns Poe’s cosmology to its place at the summit of his life and thought and shows his work as a singular expression of the tumultuous ideas and passions of his age, thoroughly bound up with the emergence of modern science.”

Poe, he writes, “explored the exhilarating prospects and treacherous blind spots of powerful new ways of assembling the world.” To understand his life and work “demands close attention to his engagements with scientific thought and discoveries. In return, Poe’s life and works are vividly revealing of modern science in this decisive moment.”

And so Tresch tells parallel stories, of how science developed under the guidance of top practitioners into an institutionally strong force, and how “Eddy,” as his aunt called him, became a famous writer. He was undone, after many spectacular falls and amazing recoveries, by some of the worst luck imaginable and a self-destructive streak that erupted at precisely the worst times.

Poe was born in Boston in 1809. His mother, Eliza, was a relatively famous actress, while her husband David was a “feckless” alcoholic who abandoned the family and died soon after Eliza’s death in 1811. John Allan, a wealthy Richmond trader of Scottish descent, prone to drinking and womanizing, took Poe in at the urging of his wife but never adopted Poe as his own son, something Poe naturally resented. But things went well enough during childhood, and for a few years the family lived in England. There, Poe soaked up classical studies—he was more than proficient in Latin and could speak French well—at Manor House School, “a ‘palace of enchantment’ with labyrinthine corridors,” a backdrop he used for his doppelgänger story, “William Wilson.”

After dropping out of the University of Virginia because of Allan’s lack of monetary support, Poe went to Boston and, after a brief but illustrious spell at West Point, where he studied math and engineering, began his peripatetic life of writing and editing. He was trying to support his aunt Maria Clemm and her daughter Virginia, whom Poe had married when he was 26 and she was 13. Tresch calls it “a passion at odds with today’s sensibilities and viewed with some suspicion at the time,” although marriages between cousins were considered “fairly common.”

Poe worked for several magazines, writing a tremendous amount for little pay. He dreamed of editing his own magazine and once had a good opportunity, but the economy tanked and his backers pulled out. It didn’t help that in stressful times, Poe would have one drink that would send him on a binge where his usual courtly manners would devolve into boorishness. However, his caustic criticism, eerie tales, hoax articles and haunting poetry, especially “The Raven,” made him famous for a season.

Meanwhile, charlatans traveled the country with shows explicating a popularized version of science with lots of lights and whizz-bangs. The common folk paid up and thought they were learning about real science. But the real scientists, like Joseph Henry and Alexander Dallas Bache, who did actual experiments and wrote books, strove for political influence to get federal dollars funneled into genuine scientific research. Tresch reminds us how divided and violent our political life has periodically been. The struggle between nativist Jacksonians, who distrusted government, and Whig federalists, who wanted to use government to unite the country via science and technology, was often a vicious battle.

Tresch also shows how familiar Poe was with the latest science—he often reviewed scientific books and periodicals. His best-selling book was a commissioned school textbook, The Conchologist’s First Book, which Stephen Jay Gould praised. “The ‘Poe effect,’” Tresch writes, “was an exclamation point followed by a question mark: a striking concentrated impact that left the reader wondering after a chain of causes.” This was how Poe viewed the advances of science: something to be exclaimed at but then severely questioned and never allowed to become more important than the humanity it purported to serve. Tresch points out that Poe prophesied “huge smoking furnaces” ravaging “the fair face of nature.”

And he shows how Poe solved what was called Olber’s paradox: “If the universe is infinite, as Newton and his followers believed, and space is filled with infinite numbers of celestial bodies, the light from those stars should fill the night sky.” In other words, the sky would never be dark:

The explanation Poe provided is the one that twenty-first-century physicists accept. The universe is finite; it had a beginning and will have an end. Because the quantity of stars is limited, they leave dark spaces between them. This solution overthrew a fundamental principle of Newton—the infinity of space.

Poe also conjectured that the universe started with one small particle of matter that exploded into the universe, what was later called the Big Bang theory.

The only hitch here is that the two narratives—the life of Poe and the rise of science in America—rarely connect in an external way. Tresch can neither describe Poe meeting Bache or Henry, nor quote him supporting the founding of the Smithsonian. This is not to say that Poe had nothing to do with the science of his time, only that the evidence is mostly internal, in the realm of thought and text. It is true, however, that Poe knew the explorer Jeremiah Reynolds and edited his proposal for an expedition to the South Pole, which probably inspired Poe’s only novel, The Narrative of Arthur Gordon Pym of Nantucket.

After his wife Virginia died, Poe, in the autumn of 1847, wrote his last major work: Eureka: A Prose Poem, also called An Essay on the Material and Spiritual Universe. Here, Poe proposed his version of the Big Bang and the pantheistic idea that spirit and matter are one. Tresch comments:

The secret at the center of Eureka’s labyrinth is that the heart is the whole; an identity is shared between the core and the shell, the inner and the outer—between soul and body, spirit and matter, feeling and reason, beauty and truth, self and other, beholder and beheld, poetry and science. They form an infinitely resonant structure, made of weirdly fractal symmetries repeated at every scale of the composition.

The English physicist Arthur Eddington and Albert Einstein both admired Eureka, as have more modern scientists, like the Italian astronomer Alberto Cappi and the Dutch chemist René van Slooten. Poe told his aunt that “I have no desire to live since I have done ‘Eureka.’ I could accomplish nothing more.” Poe, as Tresch concludes, had “sharpened the piercing light of reason and deepened the darkness in its wake.”

This article also appeared in print, under the headline “Edgar Allan Poe, scientific pioneer?,” in the Fall Literary Review 2021, issue.