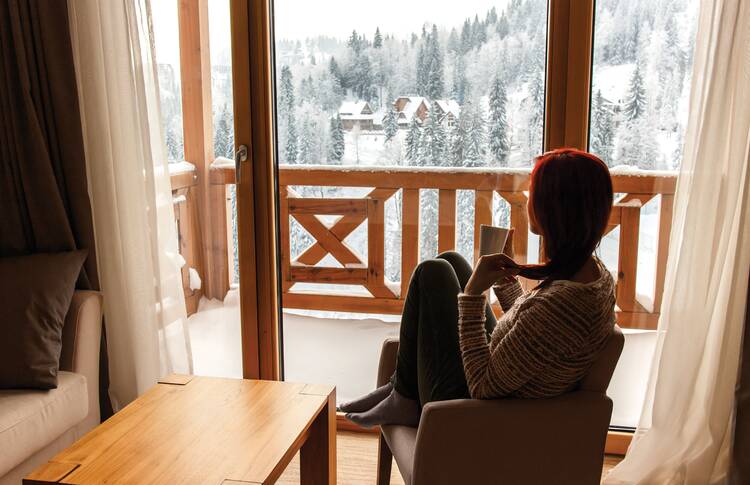 “Anyone can do any amount of work,” wrote the American humorist Robert Benchley, “provided it isn’t the work he is supposed to be doing at that moment.” Procrastination is an act of will, the choice to postpone what needs to be done. We are lying to ourselves when we procrastinate—yet everybody does it. For some, procrastination is endemic to creation. For others, it is an act of survival.

The Art of the Wasted Dayby Patricia Hampl

Two new books consider our tendency to tune out, slow down and postpone the inevitable. The Art of the Wasted Day, by Patricia Hampl (Viking. 288p $26) and Soon: An Overdue History of Procrastination, by Andrew Santella (Dey Street Books. 208p $25.99) are very different books. Santella’s is not a self-help book for procrastinators. He offers no balms and no solutions. He is a proud time-waster, and he is not about to stop: “My aim wasn’t to end my habit but to justify it, to excuse it.” Soon is peppered with historical anecdotes. Santella considers why contemporary culture detests procrastination, when so many great artists and inventors—from Leonardo da Vinci to Frank Lloyd Wright—were chronic procrastinators. Even Moses took his time, not to mention St. Augustine’s dictum: “Not yet.”

Hampl, a novelist and poet, has written a book about leisure. Her patron saint is the essayist Michel de Montaigne, who “found his vocation early, companioned by music plucked on sheep gut as he went up and down the staircase of his father’s cold house.” She says Montaigne understood “the value of being sluggish, lax, drowsy.” Her book is a paean to solitude and moving slowly, and a rejection of organization and to-do lists, actions “meant to sweep away all the dumb tasks of the day so that Real Life can be lived.”

Procrastination and leisure are not exactly the same thing—Hampl says: “Leisure isn’t simply idleness, and it isn’t simply an exhausted pause before shouldering the next task”—but the two books complement each other nicely. Both procrastination and leisure are functions of time; we cannot always financially or emotionally afford to procrastinate or relax, but they offer us some control. We get to slow down the rush of existence and tread water. We know it won’t last forever, but sometimes delusion can be so comforting.

The ideal audience for Soon is writers and artists, those who must create under pressure and see procrastination as an inevitable element of life. Procrastinators, Santella explains, “attempt to justify their delay with elaborate rationalizations.” Such a narrative approach can risk becoming repetitive, but Santella settles into a nice mixture of personal anecdote, philosophical commentary and curious historical notes. My favorite procrastinator, Edgar Allan Poe, used to pass the time with Jesuits in the Bronx—eating dinner and playing cards. They “never said a word about religion.”

Edgar Allan Poe used to pass the time with Jesuits in the Bronx—eating dinner and playing cards. They “never said a word about religion.”

Santella alludes to his Catholic childhood throughout the book—with the type of facetious worry that Catholics can appreciate: “The Christian tradition’s antipathy to procrastination is rooted in the desire for eternal life—and the fear that if we put off salvation too long, untimely death will intervene and damn us to unending torment.”

St. Expeditus is the patron saint of procrastinators. According to legend, in fourth-century Armenia, a Roman centurion planned to convert to Christianity but met a talking crow who tried to convince him to wait. “Realizing that the crow was, in fact, the Devil in avian form arrived to tempt him, the centurion…did something remarkable. He stomped the talking bird to death.” St. Expeditus is artistically rendered as holding a cross and stepping on the felled crow. “The vanquished bird holds in his beak a scroll bearing the Latin word for tomorrow, CRAS, the root of the English word ‘procrastination’ and a close approximation of the sound of a crow’s distinctive croak. The cross Expedite holds in his portraits reads HODIE—Latin for ‘today.’”

This odd saint—who most likely never lived—makes Santella think about the relationship between time, spirituality and procrastination. “In my Catholic grade school,” he writes, “brilliance was tolerated, but punctuality revered. Nothing was more important than being on time.” In that parochial world, the “classroom clock was almost always positioned, not coincidentally, just below the crucifix that watched over us.”

We have only so much time on this earth, so procrastination can almost appear sinful. And once upon a time, it did. Hampl’s book begins in 1953. She is 7 years old, a daydreamer. “When you close your eyes, you see and hear things you didn’t notice before, though they must have been there all along. It’s not that you make things up—you notice things.” Hampl is a writer of gorgeous sentences, and The Art of the Wasted Day allows her syntax to ride the routes of her thoughts. Her mom hates her habit of getting lost in the clouds, but Hampl knows that “daydreaming doesn’t make things up. It sees things. Claims things, twirls them around, takes a good look. Possesses them. Embraces them. Makes something of them. Makes sense. Or music. How restful it is, how full of motion. My first paradox.”

Young Hampl is about to make her first confession, but she is scared to learn that daydreaming is listed as a sin in her Baltimore Catechism. In hindsight, it makes a little (lighthearted) sense: When you daydream, you are “lolling under the filtered light of heaven. You possess everything that passes through the mind. It’s divinity. That must be the sweetness. That must be the sin.”

Hampl is not quite a procrastinator. Whereas Santella wanted his to-do lists “to go on forever—and me, too, if possible,” Hampl conceived of lists as generative, essential to her being. “Whole decades can go this way,” she reflects, “not just in domestic detail, but awash in the brackish flotsam of endeavor, failure and success, responsibility and reward.” On one hand, she wishes to reprimand herself. A few pages later, though, she worries that her hurried and harried existence sped by: “the sense of life being littered rather than lived.”

Leisure, contemplation, and perhaps even procrastination might not be able to stop time, but in their own curious ways, they can hold back despair.

She thinks back, with admiration, to the nuns of her youth: “We caught a glimpse of their mysterious lives behind the filmy black curtain dividing the cloister from our side of the chapel. Enclosure, silence, chanted Latin murmurings. It was romantic and dead serious.” The nuns were away from the world, “There was the sense that precisely because they weren’t out there they saw it all. Observation was not an act of experience, but of the imagination.”

Observation as imagination is what brings Hampl back to Montaigne. She is a pilgrim and travels to southwestern France to visit his infamous tower, where he wrote much of his work. She is devoted to him and for good reason. Hampl says, “words are partly thoughts, but mostly they’re music, deep down,” which sounds like Montaigne’s description of his own literary approach as “meddling with writing.”

A Culture of Exhaustion
Richard Leonard

He meddled in that tower, which includes a chapel below his “shrinelike cavern.” She appreciates how Montaigne “built liturgy into his privacy…. He was a skeptic—and also a believer. He bridged the gap. He lived above with his books in the unheated tower, and he tended, faithfully, the rituals down there in the candlelit dark where mystery abided.”

That is where procrastination and leisure converge: a place of mystery. Much of Hampl’s book is wistful, but there is an elegiac strain. Her husband died in 2015. She longs for him. He was her reader for so many years. There is a refrain in the book of holding “his beautiful hand,” which is now “dust.” Her past conversations with him are threaded with her present pilgrimages. Leisure, contemplation, and perhaps even procrastination might not be able to stop time, but in their own curious ways, they can hold back despair.

This article also appeared in print, under the headline “Time’s a’wastin’,” in the January 21, 2019, issue.