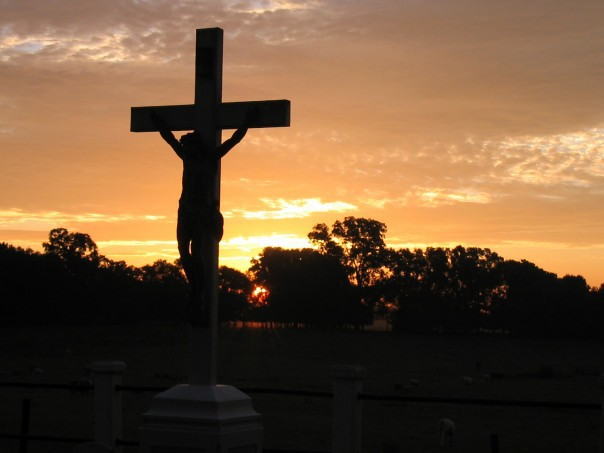 In Joshua Hren’s new collection of short stories, In the Wine Press (2020), the author leads us through the wasteland of contemporary American Catholic life, but not without occasional glimmers of hope.

This worthy but much darker successor to his earlier collection, This Our Exile (2017), begins and ends with stories concerned with examinations of conscience, recognition of his characters’ fallenness and a return to responsibility made possible by fathers, biological as well as spiritual. Two stories, though differing in form and content, occupy the volume’s imaginative high ground: the first-person-narrated “Horseradish,” which focuses on a conversation between a man and his widower father, and “Proof…,” which follows the movements of a homeless man. The latter offers a stunning combination of alliterative verse and a Joycean stream of consciousness reminiscent of Ulysses.

In The Wine Pressby Joshua Hren

Between them, the reader descends into an infernal realm in which hope and suffering present two faces of the same god. We encounter in the book almost every kind of pain, arranged in a symmetry of suffering. Hren moves from longer stories that find their characters stoking embers in their souls to short, poignant memories to satirical letters, which at their best are reminiscent of Evelyn Waugh. Hren’s stories reflect their poetic epigraphs, often relying on the reader’s imagination to grasp a conclusion or to fill in blanks better left unspoken.

Hren moves from longer stories that find their characters stoking embers in their souls to short, poignant memories to satirical letters, which at their best are reminiscent of Evelyn Waugh.

Hren’s writing inhabits that region Louise Cowan described as “infernal comedy,” a state in which “grace is utterly absent and where selfishness and malice prevail” and “lust, avarice, hypocrisy, and treachery are the vices most prevalent.” Why read such painful imitations of our afflicted world? What Flannery O’Connor said 60 years ago is no less true today: We too often forget the cost of redemption and seek from literature simple pleasure rather than spiritual transformation.

Hren’s fictional worlds invite us to consider the character of our own grief and suffering. One story in particular, “Darkly I Gaze Into the Days Ahead,” invites contemplation on its spiritual depth, which readers may miss because of the tale’s satiric surface. The two major characters have a presence emblematic beyond the story: the African American schoolteacher Theodore Ellison recalls Ralph Ellison; and the presidential candidate, Witzbold, with his skin “tanned orange, and his dyed blonde hair,” reminds us of former president Donald Trump. But were this simply another in what John Self has called “the glut of terrible satires on Trump,” it would be exhausted from the get-go, a trope repeated far too often to be interesting anymore. The story does not spare Witzbold his foolishness, but neither does its conclusion present Ellison as a wholly innocent victim of history.

That this story should be a contemplation of how we relate to our suffering does not surprise us when we realize the symbolic importance it places on eyes. The story’s epigraph, taken from Bob Dylan’s song “Sad-Eyed Lady of the Lowlands,” sets the scene. The story’s title, “Darkly I Gaze Into the Days Ahead,” comes from a line in the Harlem Renaissance poet Claude McKay’s “America” and alludes to another poem central to the story’s climax, McKay’s sonnet “The Lynching,” which Witzbold ends up inadvertently reciting before a political rally. That sonnet’s description of a lynching, a kind of crucifixion in itself, differs drastically from the biblical account of Christ’s own crucifixion, at least as regards the audience’s gaze. The women there “thronged to look, but never a one/ Showed sorrow in her eyes of steely blue.”

This lack of sorrow does not remain unfilled. At the story’s end, the narrator describes the ambiguous result of Ellison’s own attempt at satire, a moment that undermines any attempt a reader might make to see Hren’s story as purely satirical. Witzbold’s personal faults and the dangers of the politics-as-entertainment he presents are clear throughout the tale. But somewhat hidden is the danger of Ellison’s bitterness, his futile last attempt to gain sympathy, support or even simple laughter from his students.

With anything as complex as a well-wrought tale, danger lurks when we try to explain exactly what it says; we run the risk of wholly reducing to rhetoric a piece of art that also presents to us an imagined world. The exhibition of suffering in “Darkly I Gaze Into the Days Ahead” hints at two unique dangers. It reminds us of our potential to scapegoat the innocent, creating victims who cannot provide real atonement for sin, but also reminds us that when we suffer, we possess the infernal potential to shape our suffering into sheer resentment. If we indulge our resentful demons, we fall from union with Christ, who bears all burdens and alone brings us through suffering to the resurrection.

This communion with Christ serves as the basis for all other unity and is our fundamental hope. Hren’s In the Wine Press presents us with hope struggling with suffering, humans striving for communion. In a world rife with social media communication that so often fails to foster a deeply craved sense of belonging, we need to struggle ever more fruitfully for communion. Good literature, as Allen Tate reminds us, is the “recurrent discovery of human communion as experience.” Reading In the Wine Press, then, can turn us back to longing for communion, even when we too feel pressed down.

This article also appeared in print, under the headline “Church and Country, Crucified,” in the September 2021, issue. 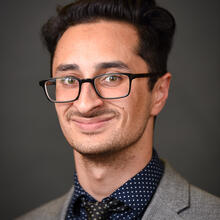 Alex Taylor is a doctoral student in literature in the Institute of Philosophic Studies at the University of Dallas, focusing on 20th-century literature, especially Flannery O’Connor and Evelyn Waugh.