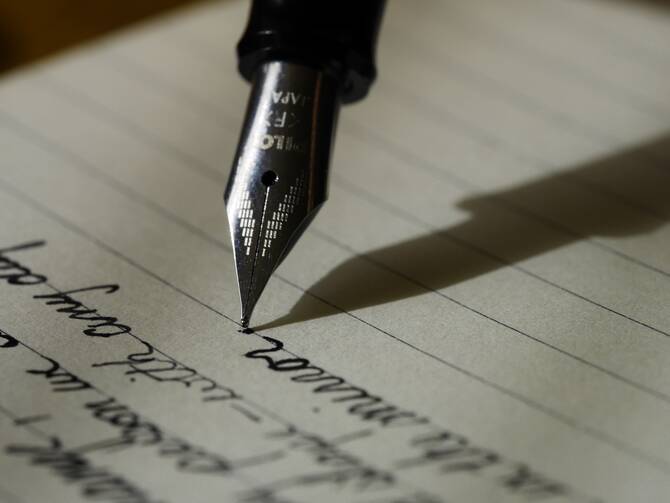 Ralph Ellison once noted that the typical American “little man” is exposed to the arts haphazardly. However, Ellison wagered, bereft of systematic aesthetic education though he may be, the “little man has learned to detect the true transcendent ambiance created by successful art from chic shinola.” In the United States, there is no innate correlation between artistic master and hierarchical class. The “little man” leaves his neighbors confused, and his “social mobility of intellect and taste” can feel like a threat to social order.

For Ellison, that lesson was delivered by his music teacher. The American musician, she said, must always play as if his audience could be Carnegie Hall, because even in a utilitarian dive like Chehaw Station, you never know when the “little man” will come out from behind the stove and show his chops, demonstrating an authoritative knowledge of and knack for not only “blues-echoing, train-whistle rhapsodies,” but also the classics. I was reminded of Ellison’s story while reading Studying With Miss Bishop: Memoirs From a Young Writer’s Life, byDana Gioia. The son of Mexican and Italian parents, both of whom worked outside the home, Gioia could easily have had a childhood from which great books and classical music were absent. But his uncle, Ted Ortiz, was an “old-style proletarian intellectual” who taught himself five languages. He died when Gioia was 6, accidentally leaving the boy an intellectual inheritance.

Sure, Gioia says, his apprenticeship into poetry became habitual when he studied at Harvard with Elizabeth Bishop and Robert Fitzgerald. But without the random impact of his uncle, a man he cannot remember in any detail but who nonetheless “helped raise me,” there would have been no contact with Brahms and Bach or with Dante. “Many of us,” Ellison once noted, “heard our first opera on phonographs,” glimpsing high culture while hunched over record players in tenements.

Dana Gioia writes that in a “rough and ugly” industrial town like Hawthorne, Calif., his love of letters was “clearly excessive, indeed almost shameful.”

At home, Gioia writes, he saw no one except for his mother ever read a single book. He writes that in a “rough and ugly” industrial town like Hawthorne, Calif., his love of letters was “clearly excessive, indeed almost shameful.” By fourth grade, his favorite book was Julius Caesar’s Gallic Wars, and it was clear that he was a hopeless case. And so he learned to lead a double life, studying European paintings in secret the way other boys pored over sports statistics. Gioia’s double life eventually had its adult counterparts: a working class kid at Harvard, a business executive who was also a poet. At Harvard, he was much like Ellison’s little man, beginning with a basement consciousness but later rising to unexpected prominence.

And like that little man, his confounding of social expectations was seen as a “threat to social order.” That a kid from a run-down California town could become a business executive at General Foods posed no problem. But when someone told his boss that “D.G.” wrote poetry, Gioia writes, the former commanding officer with a feisty temper did not waste words. “Shit,” he said.

That word seems to be the summation of Elizabeth Bishop’s disposition toward teaching. Gioia describes her as “prim, impeccably coiffured, and smoking,” but also as someone who “wanted no worshipful circle of students—and got none.” She alerted her attendees that she was “not a very good teacher,” and from Gioia’s account she was telling the truth. In nearly every class she would throw up her hands, confessing that “I have no idea what this line means. Can anybody figure it out?”

To her students’ ear, Bishop’s suspicious repudiation of critics evoked a “fumbling conspiracy of well-meaning idiots with access to printing presses.” She raged against the pretentiousness of “poetry analysis” and stated that “I am opposed to making poetry monstrous or boring.”

Some unpleasant encounters with famous writers taught Dana Gioia a certainty of literary life: “It is often better not to meet the writers you admire.”

If her distaste for literary criticism was perhaps in part a cloak for her own incapacity to practice it, Miss Bishop was not without a conscience. She would make students memorize many good poems, words that existed “for her in a sort of eternal present.” And then, after a semester of scant feedback, she returned their term papers. Gioia’s essay was filled with “dozens of corrections, queries, deletions, and suggestions in Miss Bishop’s spidery hand.” Some pages had been corrected in three distinct colors, and even the cover letter that she affixed to his assignment bore the marks of revision. Her many marks, she explained, were evidence that the paper is “very good.”

Other literary luminaries in Gioia’s academic life failed to give even passing encouragement. James Dickey, for instance, could not contain his choleric disapproval. Gioia had reviewed Dickey’s poetry collection Puella. “You didn’t like it?” the poet probed. “No sir, I didn’t,” Gioia declared with deference. Dickey fell into a rant that “reminded me of nothing so much as Molly Bloom’s soliloquy from Ulysses.” Gioia stretched out his hand, shook the poet’s, and said, “How nice to meet you, Mr. Dickey.” This first of not a few “unpleasant commotion[s]” of literary life did not sting Gioia badly enough to make him hate the poems of the author, but it taught him a certainty of literary life: “It is often better not to meet the writers you admire.”

Set with the task of arranging an evening with the short story virtuoso John Cheever, Gioia found his admiration was left intact: the speaker failed to show up. His grim addiction to alcohol had gotten the better of him. But this melancholic man returns again later, and Gioia’s reminiscence of him ends with Cheever in full form, answering questions asked by Gioia and closing the curtains with an insistence that “literature is our only continuous history of man’s struggle to be illustrious and remains our most intimate and acute means of communication.”

Along with the aforementioned literary mentors Gioia commemorates, perhaps the one of whom he is most fond is Robert Fitzgerald. “Whenever I read Maritain’s phrase ‘the secrets of being radiating into intelligence,’” Gioia says, “I always think of Robert.” Fitzgerald’s erudition shines forth with such elegance and humility (this translator of The Iliad and The Odyssey spoke to his students as “fellow students” of Homer) that the man emerges as something of an impossibility: a great-souled ancient who washed up in modern America.

Whereas Gioia initially considered references to “the four-letter word, life” out of style amid the hauteur of Harvard’s literati, Fitzgerald’s steady appeals to the interconnections between art and actuality healed one of Gioia’s aforementioned divisions: “The ultimate measure of Homer, Virgil, and Dante’s greatness was that their poems taught one about life, and that life, in turn, illumined them.”

Studying With Miss Bishop is a love letter attesting to this illumination. Filled with wit and wisdom, the separate reminiscences have a strong sense of plot. They are marked by meetings that might at first seem evidence of Ellison’s absolute randomness but which, gaining focus, have all the marks of Dickensian serendipity. 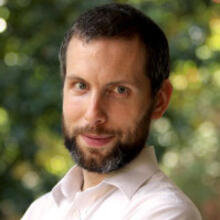 Joshua Hren is founder and editor of Wiseblood Books. His books include the story collections This Our Exile and In The Wine Press, as well as the forthcoming How to Read (and Write) Like a Catholic.