The crux of religious belief: Walter Miller Jr.’s ‘A Canticle for Leibowitz’ 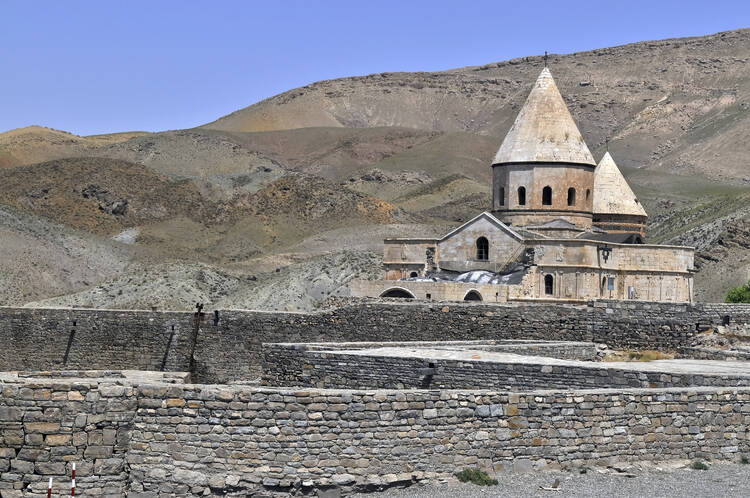 Abbot Paulo is the most thoughtful of the abbots. Rachel is scary, both a bicephalous reminder of the biblical Rachel who weeps over her children (Mt 2:18) and an allusion to the ship that saves Ishmael in the epilogue of Moby-Dick. Brother Francis is meek and worthy of respect for holding onto honest experience and uncertainty in the face of a violent authority. Abbot Zerchi is just as brutal as Abbot Arkos. The rest of them, the rest of the characters of Walter M. Miller Jr.’s classic, A Canticle for Leibowitz, you can have.

Like the Poet, then, I must here engage in apologetics—that is, employing the ironic meaning the Poet offers in the middle of a banquet in “Fiat Lux,” the second part of the novel. I am apologizing for myself. I am sorry, but I do not like science fiction. So perhaps a fruitful way to initiate discussion on this novel is for me to admit that I do not really like it.

I find it clever and funny in spots, but that is it. I find that science fiction induces the reader, in the midst of reading about some exotic world or universe, to say “Oh, that’s me!” or “Oh, that’s just like us!”—noting irony sown into the monstrous and the technologically fantastical.

Canticle is indeed entertaining. It may even be prescient. Clearly “The Simplification” could be likened to the attack on the Capitol last January. The novel, in parts, also aligns with my deepest intellectual commitments. I am basically a booklegger myself. I like the project taken up by the Albertian Order of Leibowitz: “saving a small remnant of human culture from the remnant of humanity that wanted it destroyed.”

Canticle is indeed entertaining. It may even be prescient. The novel, in parts, also aligns with my deepest intellectual commitments.

I also recognize the peril of infusing far too much meaning into an ancient text or inscription without knowing its immediate or wider historical context. I recognize that science unmoored from any religiously oriented thought or commitment can be utterly destructive. I recognize all these things in Canticle, but I am not caught up in them as I am with a more realistic novel.

But this is just me—my taste—and I am aligning with the Poet and the pathos of the ever-enduring wisp that is Benjamin. Please tell me otherwise: What are you caught up in while reading this book?

Two encounters within the novel gripped me. If you have not read through the whole novel, beware: Reading this paragraph might spoil the suspense of one of the final encounters in the book. Toward the end of “Fiat Voluntas Tua,” Abbot Zerchi tries to prevent a woman and her child from a state-assisted suicide. Both have been burnt badly and poisoned by radiation fallout. The mother’s hip is also broken. As the mother finally chooses to hobble over to a suicide tent in the culmination of nuclear war, Zerchi commands her to reject suicide as a choice to end suffering. The exchange unfolds thus:

[Zerchi] “Are you in pain, daughter?”
She looked at him coldly. “You think it would please God?”
“If you offer it, yes.”
“I cannot understand a God who is pleased by my baby’s hurting!”

The priest winced. “No, no! It is not the pain that is pleasing to God, child. It is the soul’s endurance in faith and hope and love in spite of bodily afflictions that pleases Heaven. Pain is like negative temptation. God is not pleased by temptations that afflict the flesh; He is pleased when the soul rises above temptation and says, ‘Go, Satan.’ It’s the same with pain, which is often a temptation to despair, anger, loss of faith—”

Wrenching. One of Miller’s talents, I think, is to allow the three abbots to take on characteristics of their historical age. Abbot Arkos is brooding and brutal. Paulo is a thoughtful contemplative who is perhaps too permissive, and Abbot Zerchi is political, actually getting outside the abbey (in a driverless car) and inserting himself directly in the lives of others—even punching one public official in the face. Though gripping, the above exchange ends with the same recourse to violence that we expected in Abbot Arkos’s epoch. Abbot Zerchi’s final recourse is to the power of his own command rooted in his office. At least we learn the following from a more practical Abbot Arkos in “Fiat Homo”:

Insofar as thought could be governed at all, it could only be commanded to follow what reason affirmed anyhow; command it otherwise, and it would not obey. Like any other wise ruler, Abbot Arkos did not issue orders vainly, when to disobey was possible and to enforce was not possible.

Yet Miller takes us to the crux of the problem of suffering and the truth of a good, omnipotent God. Here, Miller and his science fiction had me.

In A Canticle for Leibowitz, Miller takes us to the crux of the problem of suffering and the truth of a good, omnipotent God.

The other encounter that drew me in occurred between Abbot Paulo and Thon Taddeo, a Descartes-like figure who views religion as the great impediment to scientific progress. There is an almost antiphonal disputation between the two on the relationship between science and religion. Abbot Paulo counters the thon’s assertions by quoting from Genesis. Finally, Abbot Paulo offers the following conclusion:

To abuse the intellect for reasons of pride, vanity, or escape from responsibility, is the fruit of that same tree…I accuse you of nothing. But ask yourself this: Why do you take delight in leaping to such a wild conjecture from so fragile a springboard? Why do you wish to discredit the past, even to dehumanizing the last civilization? So that you need not learn from their mistakes? Or can it be that you can’t bear being only a ‘rediscoverer,’ and must feel that you are a ‘creator’ as well?

Not bad, Dom Paulo. The overreach in the Garden of Eden was to take up knowledge without the work and the tedium of learning—a distortion of the good human beings embody.

The overreach in the Garden of Eden was to take up knowledge without the work and the tedium of learning—a distortion of the good human beings embody.

But I still need convincing that A Canticle for Leibowitz is, in fact, a great novel. It is Catholic, indeed. It is classic—indeed, it is still in print 62 years after it was first published. So tell me, members of the Catholic Book Club: Why?

One other observation: I leave you with two accounts of first light—electric light being turned on. Those who experience it in each novel are astonished. The first is from Canticle and the second from our last Catholic Book Club selection, This Is Happiness.

The monk at the foot of the stairs bowed in acknowledgement and depreciation. The blue-white glare cast knife-edge shadows in the room, and the candle flames became blurred wisps in the tide of light.

“Bright as a thousand torches,” breathed [Thon Thaddeo]. “It must be an accident—but no! Unthinkable!”

I’m aware here that it may be hard to imagine the enormity of this moment [the electrification of rural Ireland], the threshold that once crossed would leave behind a world that had endured for centuries, and that moment was only sixty years ago. Consider this: when electricity finally did come, it was discovered that the 100-watt bulb was too bright for Faha. The instant garishness was too shocking. Dust and cobwebs were discovered to have been thickening on every surface since the sixteenth century. Reality was appalling. It turned out Siney Dunne’s fine head of hair was a wig, not even close in colour to the scruff of his neck, Mick King was an out-and-out and fairly unsubtle cheater at Forty-Five, and Marian McGlynn’s healthy allure was in fact a caked make-up the colour of red turf ash. In the week following the switch on, Tom Clohessy couldn’t keep mirrors in stock, had a run on hand-, oval-, round-, and even full-length as people came in from the county and bought looking glasses of all variety, went home, and in merciless illumination endured the chastening of all flesh when they saw what they looked like for the first time.

Give me Williams any day.