The gleeful language of Niall Williams’s ‘This Is Happiness’ 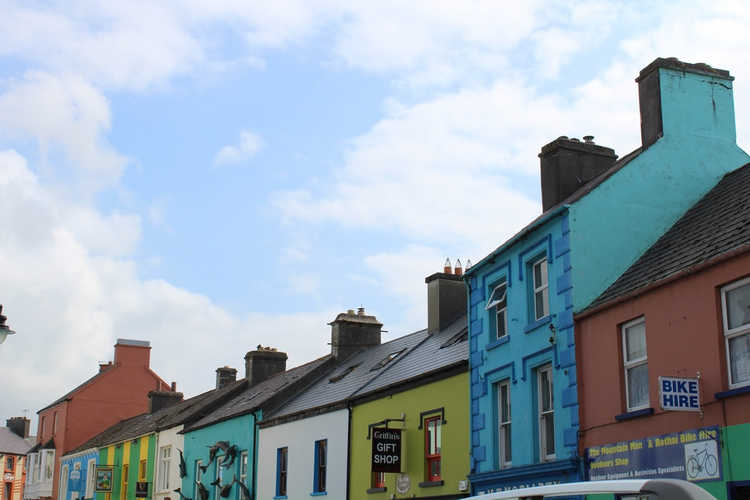 An Irish village on the Dingle peninsula (UnSplash)

Editor's Note: Those interested in joining the Catholic Book Club and discussing This Is Happiness can click here to visit our Welcome Page and here to join our Facebook Discussion Group.

Gleefulness. Rather than being ponderous about plot and narrator and the nature of stories, I want to assure you that Niall Williams’s This Is Happiness bestows (and that word is important) on its readers a feeling of gleefulness. “Glee” is a word I hardly use, but it is what I felt in reading nearly every paragraph in the novel.

This Is Happinessby Niall Williams

In origin, “glee” is related to both light (gleam) and music. This Is Happiness is spiced with both such elements of glee: light and reels of music. A soggy Irish village suddenly experiences days of sunlight (“It’s roasting!”), and a sound-starved, saddened 17-year-old suddenly hears the bellow of concertina and screech of fiddle at the center of lively pubs. Second, the word “glee” appears only once in the novel, in a description of a character named Ganga: “Staying true to form and the Fahean way, my grandparents had made no comment, but I knew, inside, Ganga was all bubbles of glee—he slipped me a ten-shilling note, Whist now!”

As in this moment anticipating his grandson’s first date, Ganga bursts with glee throughout the story. In meeting him, the reader encounters a plump Irish peasant radiating mirth, unschooled but utterly sagacious: “O now!” Gleefulness is bestowed on us, the readers, through Ganga and Doady, Christy and Mrs. Gaffney. This novel is joyful. Joy-filled.

Hear the description of Mrs. Blackall, the surviving remnant of the landlords of the region. I do mean “hear” it. The sound of this novel read aloud is indeed exquisite:

After a time, we came past the big house of Mrs. Dinah Blackall, a Faha notable, now of great age, whose judgement had decayed, and who survived I’m not sure how. Her mind was like a bookcase whose shelves had been pulled away, leaving the books pell-mell. All the stories of her life were in there, only confounded one into the other…. She was a tiny woman, really, but redoubtable. Beneath her false eyelashes of flawless construction, her eyes had the triumphant spark of those who have eluded death. By something radiant in her nature, or excess of creams, her face appeared Vaselined, its features perfect but about to slip off unless she kept her head at a slight tilt towards the sky.

“Glee” is a word I hardly use, but it is what I felt in reading nearly every paragraph in This Is Happiness.

Her hair floated in a wispy cloud of white, was thin in several places where the pink of her scalp showed like an egg, tender and vulnerable. She was wearing a fine dress of long ago, it was saffron, taffeta I think they call it, loops of several different necklaces that gave the appearance of a pale coil come apart, and satin slippers that had once been silver but the patina had cracked like porcelain and the soles made decrepit by the dirt of living. Her hands were cruel to consider, swollen, knobbed and knuckled out of proportion, but each of her fingers was ringed. “You’ve beautiful rings,” Christy said.

And, again, of Mrs. Blackall, a couple of pages later:

Pieces of story she would discover intact within her. She would draw them out into the air with a single phrase and be elsewhere for a moment, eyes distant and eyelashes winging as an image fleeted past. Christy would gently try to bring forth more, but like a fallen chandelier inside her the whole was shattered and beyond repair and there were only exquisite shards.

The glee the delicate but durable Mrs. Blackall exudes, like most of the elder residents of Faha, has its source in the “triumphant spark” of surviving into old age in full and free eccentricity.

Like collapsed shelves and shattered chandeliers, many of Faha’s residents have landed “face-first in the cold puddle and muck of reality.” But, again there is glee, because they persevere; they remain upright, remain able to recite a catalogue of the dead and take joy in a Woodbine cigarette, in a game of cards, in the give and take of a long marriage. There is great suffering also—there are dramatic falls, some taken with conscious intent and others the result of illness and misfortune—but glee somehow perdures in light and laughter, music and story.

Before I become ponderous, I think this is enough of an introduction for a book about men and women who are the antithesis of pomposity. Trust me, the salt of the earth who are depicted in this novel are all light and glee for the soul. In urging you to read this book, I ask you to focus on two things. First, be aware of falls, of people falling and their resilience in responding to falling in all its myriad meanings; the backdrop of this novel is Easter, after all. Second, pay attention to how technology works in the novel—how it can on the one hand facilitate deeper human connection and how it can on the other hand flatten idiosyncrasy and foster loneliness exactly where it was supposed to extinguish it.

I cannot recommend the novel more highly. Let it bestow gleefulness on you: “When the same sun rose over [Easter] Tuesday, the same sheet of blue stretched over the river and gave the grass the green of May-time, people who lived then in the weather, and were of it, felt the silent lift in their hearts and the sense of grace that in my mind is linked with that old word, bestowed."

The salt of the earth who are depicted in Niall Williams's novel This Is Happiness are all light and glee for the soul.

Some Questions for Discussion

Editor's Note: Those interested in joining the Catholic Book Club and discussing This Is Happiness can click here to visit our Welcome Page and here to join our Facebook Discussion Group. 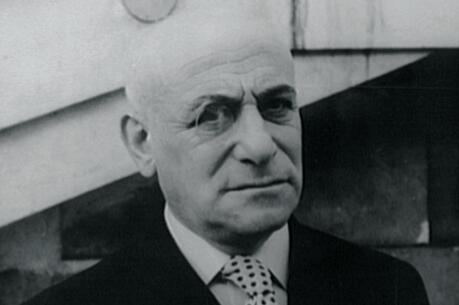 Mary Gordon on Max Jacob, a (tormented) lover of God
Max Jacob, a poet and painter, reminds us of the complex possibilities of a life lived passionately, ardently, playfully and in torment.
Mary GordonFebruary 12, 2021