Review: How China turned the U.S. economy into a warzone 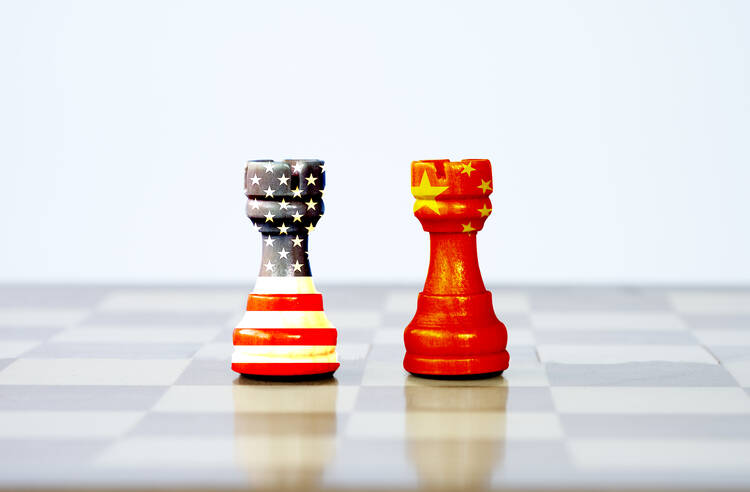 A quarter of Americans view China as the top threat to the United States, double the percentage from 2007. (iStock)

Covid-19 has exacerbated tensions between China and the United States; but since 2017, under former president Donald J. Trump, the superpowers have squabbled over trade. The issue is that modern China is history’s greatest exporting power. Last year, it shipped out $2.5 trillion worth of manufactured goods, from the tires on my car and case on my iPhone to, probably, the shoes on your feet and the shirt on your back.

That Chinese workers and machines make the bits and pieces of our physical world is one of the defining political, economic and cultural stories of the early 21st century. The country’s biggest market, the United States, has often relished “Made in China” because it has meant an influx of cheap goods to indulge an epic consumerist binge. At the same time, the outsourcing of production to China has crippled thousands of American manufacturing towns, especially in the Midwest, wounding communities, local businesses and main streets and setting the stage for the 2016 election of Trump—the first U.S. leader since the Second World War to challenge the notion that free trade is a good thing. China’s low-wage and low-cost manufacturing boom has fueled an American nightmare service economy where tens of millions of people labor for companies like Walmart and Amazon at less than $15 an hour without benefits, union protection or any real prospect of a career.

Geopolitically, as the Wall Street Journal reporters Bob Davis and Lingling Wei chronicle in Superpower Showdown, the consequence is a new Cold War as the two sides figure out how to manage the repercussions of China’s rise, including U.S. protectionism and tensions over Taiwan, military strength and human rights. At first glance, Washington and Beijing appear too economically entangled to risk a shooting war, but many chief executive officers think that is now a real possibility, according to Davis and Wei.

The outsourcing of production to China has crippled thousands of American manufacturing towns, especially in the Midwest.

The tensions, certainly, are too high to be ignored. Already, they are having an economic impact. Chinese exports to the United States are declining. Chinese investment in the United States shrank almost 90 percent in the first half of 2019 compared with the same period in 2017. A quarter of Americans view China as the top threat to the United States, double the percentage from 2007. Chinese academics now have a hard time getting visas.

The story starts in the 1970s, with President Nixon’s diplomacy, the death of Chairman Mao and the pro-business reforms enacted by Deng Xiaoping. When the U.S. diplomat Henry Kissinger visited China in 1971, he said there were “practically no automobiles, very limited consumer goods and no high-rise buildings.” Forty years later, China’s per capita income had increased 25-fold, lifting hundreds of millions of people out of poverty.

It is no coincidence that China chose mercantilist capitalism just as Wall Street boomed in the 1980s. In Ronald Reagan’s America, corporations shifted from a community ethos to a focus on conquering markets and creating massive economies of scale. Chinese leaders were happy to sing the same tune. For example, Shenzhen, a former fishing village that is now a tech hub of 13 million people, chose the slogan: “Time is money, efficiency is life.” (Shenzhen now has a new slogan: “Follow the party, start your business.”) More Americans should realize they are dealing with a monster they helped create.

In terms of China's economic might, more Americans should realize they are dealing with a monster they helped create.

But, as the book describes in detail in my favorite section, in Washington there was little skepticism or worry about China’s rise. It was the roaring 1990s, and the United States was on top of the world after the end of the Cold War, possibly the most dominant military and economic power the world had ever seen. U.S. leaders did not feel they were giving anything away. They were helping the Chinese people, promoting the proven ideology of free trade and helping the corporate lobbies that helped elect them.

In 2001, thanks in large part to the support of the U.S. business community, which spent over $100 million on lobbying, China joined the World Trade Organization. This guaranteed lower tariffs in imports and exports and more open markets around the globe. The material benefits Chinese workers have experienced since then are consequential. Between 1999 and 2018, the number of Chinese citizens living on two dollars a day or less dropped by almost 500 million, the biggest advance in prosperity any country has ever seen.

But China’s rise has also been driven by forces less innocent than hard work and Western consumer demand. Beijing has pushed an aggressive industrial policy of state aid for its chosen companies, including export subsidies and other goodies that companies operating in real free markets do not receive.

At the same time, China has used access to its 1.4 billion-person consumer market as leverage to force U.S. and European companies to share technology it needs to advance in high-tech, aerospace and automotive industries. And, according to U.S. officials, it has made a habit of stealing intellectual property in other ways, including espionage. Davis and Wei quote former national security advisor John Bolton that the United States made a strategic error in inviting China into the capitalist club: “American policy was based on the assumption of bringing China into the WTO would increase pressure to conform to international norms in trade and business areas,” Bolton says. “That has obviously not happened.”

According to U.S. officials, China has made a habit of stealing intellectual property.

Both authors have a story of their own touched by the issues they write on. Wei herself suffered directly from China’s growing illiberalism. In March 2020, she was ordered by the government to leave the country. Davis, too, has experienced one of the main themes of the book firsthand. His father owned a luggage-making company in New York that was slowly driven out of business in the 1960s and early 1970s by Asian imports.

In the end, Davis admitted in an interview, reporters and economists missed “how many workers would be hurt in concentrated areas” of the United States. “The benefits to consumers, cheaper goods, were obvious but diffuse.” Nobody is underestimating that pain now.

A shooting war is unlikely, in large part because businesses on both sides of the Pacific still have too much to lose. Any disentanglement of the two economies—or a “decoupling,” to use business consultant jargon—is a “fantasy,” according to the writers, because “the two nations are too intertwined.” American companies “spent a quarter century building global supply chains that stitched the economy of the two nations together.” In addition, China holds over a trillion dollars in U.S. government debt.

There is also little chance that the U.S. manufacturing boom fantasy that Trump promoted will come true. Youngstown will not be revived by factories. Yes, China has over a billion consumers, but almost everything they might want to buy is already made in China.

This article also appeared in print, under the headline “War minus the shooting,” in the March 2021, issue.