Los Angeles: a city of faith, beauty and pain 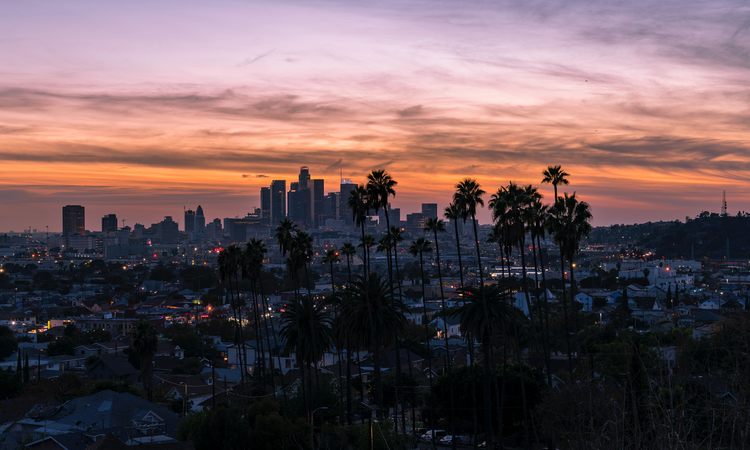 Angelenos have long suffered condescending comments from their visitors. William Faulkner, Thomas Mann, Evelyn Waugh, Dorothy Parker, F. Scott Fitzgerald and H. L. Mencken, among others, have dismissed Los Angeles and its inhabitants: “It’s like paradise with a lobotomy,” said Neil Simon in 1976’s “California Suite.” The city’s weather, architecture, freeway system and suburban culture have all attracted dismissive assessment. Cinematic critiques have been equally devastating, as seen in the film noir treatment of movies like “Chinatown” (1974), “Blade Runner” (1982) and “L.A. Confidential” (1997).

D. J. Waldie offers another interpretation in Becoming Los Angeles: Myth, Memory, and a Sense of Place. A native son of Lakewood, a city southeast of Los Angeles, Waldie is a confirmed pedestrian, a walker who does not drive, and as such is an observer of what he sees up close and a thinker who reflects on what he gazes upon. Fortunately for Angelenos and thoughtful urban residents, he strips away the carefully constructed myths that obscure and distort the significant but disturbing actions of the past. Throughout this volume he asks: “Can awareness of the city’s past be of any worth to us except as nostalgia or irony?”

D. J. Waldie recognizes that his affection for Los Angeles rests on his deep awareness of the city as inhabited place.

Known best for Holy Land: A Suburban Memoir (1996), Waldie can best be termed a public intellectual. He writes with grace and clarity in his comments on urban affairs that include saving the Los Angeles River, Spanish Revival architecture, freeway routing through poor neighborhoods, historic preservation and finding evidence of nature in the city. He not only laments the paucity of parkland in Los Angeles, for example, but he explains the dire consequences of too few places to mingle with people “different from ourselves.” Without these shared spaces, he wonders, how can we restore ourselves to “our shared nature”? Without preserved heritage sites, how can we know our “garbled inauthenticity”?

Waldie deconstructs the Los Angeles of boosters and developers. Their romanticized history begins with a Spanish fantasy past with Zorro and Ramona, sleepy mestizos, kindly Franciscan padres and the simple life of pastoral California. Such misreadings have flattened “the city’s history of class antagonisms and racial conflicts” and have “wrung differences and complexity out of the city’s story.” These myths have distorted “who we have been and fed us false hopes” of perpetual reinvention in a city of second chances. For Waldie, as for the late California historian Kevin Starr, writing and reading history are sources of the moral imagination so necessary for society to understand itself.

Attentive to past and present, Waldie also ruminates on what Angelenos will become. He has read widely in urban affairs, sociology, history, architecture, journalism and philosophy. To create a Los Angeles that is livable and inclusive, he believes, “will require an intense effort of attention which is, the French philosopher Simone Weil wrote, ‘the same thing as prayer’.” As she noted, authenticity in prayer “presupposes faith and love.” Waldie concludes this book with an afterword that aptly expresses his regard for Los Angeles: “Falling in Love.”

Throughout his book, D. J. Waldie expresses faith, hope and love while describing the human foibles and abject failures across the centuries since Los Angeles was founded in 1781.

Waldie recognizes that his affection for Los Angeles rests on his deep awareness of the city as inhabited place. Through numerous vignettes and biographical sketches, he demonstrates how his multidimensional sense of place has integrated itself “into the very heart of [his] personal identity.” No starry-eyed enthusiast, Waldie possesses a sensitive yet critical eye for all he sees. Who else but a careful observer would notice how a skim of pooled rainwater revealed children’s names faintly etched in concrete? Such commonplace evidence of past human activity leads him to recognize his resentment of those who dismiss ordinariness with contempt.

Repeatedly, Waldie points out those who have been written out of the city’s history. The Native American Tongva people, socialists and radicals, immigrants, people of color and the homeless require inclusion as people of Los Angeles, as fellow Angelenos. He cites examples of the contentious encounters between Anglos and people of color, workers and exploitative employers, socialists and the anti-union business establishment. Past acts of violence require our examination if we are to handle current racial and economic tensions more successfully than earlier residents of the city did. As he concludes, sometimes “our experience of Los Angeles resonates with unexpected immediacy, and the image fabricated to enable forgetting falls away.”

Remembering and reconciling are tasks that Angelenos face today. Waldie suggests that Our Lady of Guadalupe, La Virgen, possesses the requisite qualities of silence, modesty and blended identities to address powerfully the uncertainties of the future. He observes that most everything we consider to be truly Los Angeles actually came from somewhere else, “and most of that was undocumented.” La Virgen represents the mixture of ethnicities in the city, a mother for all who are hopeful and fearful, and she has become the still point of Los Angeles.

Becoming Los Angeles presents diverse essays that provide an apologia for a battered but beloved city.

Waldie’s Catholicism is an urban faith, one he ponders while walking to Sunday Mass at St. Cyprian Catholic Church in Long Beach. His religious beliefs provide the lens for recognizing the incarnational nature of human experience, one that provides him hope amid urban turmoil with its uncertain future. Throughout his book, Waldie expresses faith, hope and love while describing the human foibles and abject failures across the centuries since Los Angeles was founded in 1781. With contradictions in the very heart of the city, Waldie still recognizes its moments of beauty.

Waldie’s poetic sensibility, graced by faith, finds expression in his elegant prose. Waldie is at his strongest when analyzing history or describing individuals from L.A.’s past. His keen eye for detail, revealed in such instances as his reflections about the table on which the Treaty of Cahuenga was signed in 1847, capture in miniature the contradictions in the city’s history. Less moving for this reviewer were extended observations of nature’s seasons in the suburb where he resides. Neighborhood observations do not always hold the attention of people unfamiliar with those streets. But perhaps my eyes have not lingered long enough to appreciate the nuances he described.

A Jesuit’s guide to finding God in California
Jim McDermott

Taking Los Angeles on its own terms, Waldie assesses its successes and failures. Another Los Angeles is now being invented, and Waldie’s book holds up a magnifying glass to what the city has been, is now and is becoming. The implications of these changes warrant our attention, whether the reader already dismisses this city for not being New York or is open to discussions of the evolution of cities through Covid-19, Black Lives Matter and local economic suffering.

Becoming Los Angeles presents diverse essays, written between 2008 and 2018 and revised in 2019, that provide an apologia for a battered but beloved city. Waldie cries out for residents and leaders to take the city and its history seriously enough to help it realize its potential as a metropolis that is more inclusive, just and authentic, inhabited by the children of Our Lady, its patroness and namesake.

This article also appeared in print, under the headline “History and memory in the City of Angels,” in the December 2020, issue. 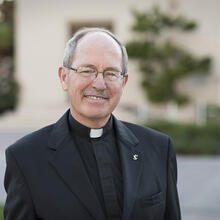