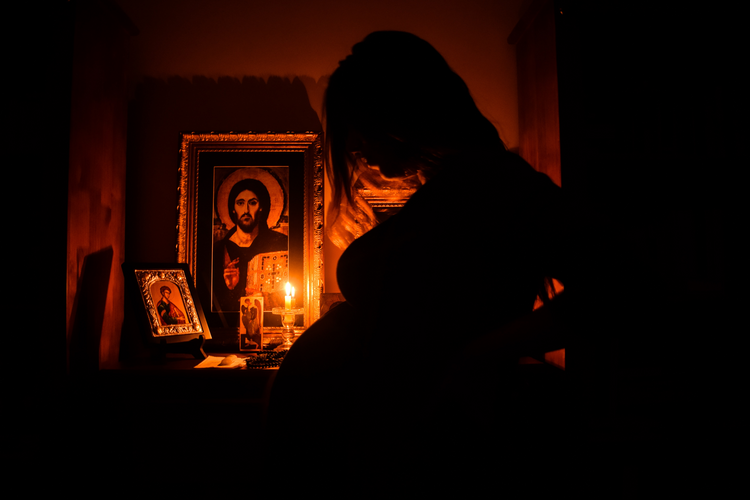 The poet Scott Cairns’s written pilgrimage picks up with his new collection, Anaphora. An Eastern Orthodox Christian whose 17 books range from a memoir about his search for a confessor on Mount Athos to a verse translation of ancient mystics, Cairns is a rare figure in American letters: a religious poet free of mawkish piety. The poems in Anaphora are elegant and simple expressions of the poet’s lifelong search for the divine, “[a]s when mid-prayer the icon yet/ returns the weary gaze.”

Throughout his career, Cairns has insisted, unfashionably, that poetry should reveal that words are a means of communion, not mere instruments of communication. In the preface, Cairns explains that while some poems deploy “anaphora,” the use of repetition common to oratory, he presses anaphora’s liturgical use, alluding to the precise moment in the Divine Liturgy when the eucharistic elements are consecrated.

Cairns is a rare figure in American letters: a religious poet free of mawkish piety.

Eucharistic images in Anaphora abound. “Conifer Forest,” for instance, elevates the memory of a hunting trip with the poet’s deceased father, whose spirit offers “again the sandwich, the steaming cup.” In “Fabric: Regarding Vesalius,” the eucharist appears in the Aristotelian language of early anatomical science: “what matters most is most infused/ within the patent matter of the host.”Other poems directly argue Cairns’s sacramental poetics. Two of the three sections in the poem “Immanence” express the deficiency of different poetic modes. The “Poetry of Ideas,” he writes, is “transcendence unattended by dear body// and its blood proves a dry-/ mouthed, ethereal translation.” By contrast, the “Poetry of Things” is a “referential anecdote denoting/ how very dry the cracker.”

Cairns is at his best when the poems are the obvious fruit of prayer. In “Glimpses,” for example, the poet observes ordinary events with noetic clarity: “how the infant’s flickering/ smile mid-nap lifts/ the burden of a troubled day.” In “Sin En Route to Lent,” he exposes how self-righteousness can pervade even Christ’s parables, whereby one can mutter: “thank God I am/ not like this man/ the Pharisee/ who thought to scorn/ the publican.”

The central poem in Anaphora, “Late Sayings,” is an expansion of the Christian’s most treasured anaphora, the Sermon on the Mount. As the poem says, “Blessed are those who do not presume,/ for they shall be surprised at every turn.” Only a poet of Cairns’s humility can embark on that conceit without falling into presumption himself. Anaphora is a welcome addition to a body of work tailored to both serious readers of contemporary poetry and works of spirituality alike.

This article also appeared in print, under the headline “The poetry of immanence,” in the August 2020, issue. 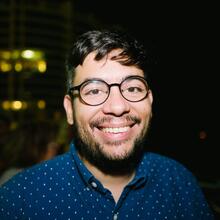 Michael Angel Martín is a poet living in Miami, Fla. His poems and reviews have appeared in a number of journals and magazines, including America.