Review: A pilgrim in search of grace 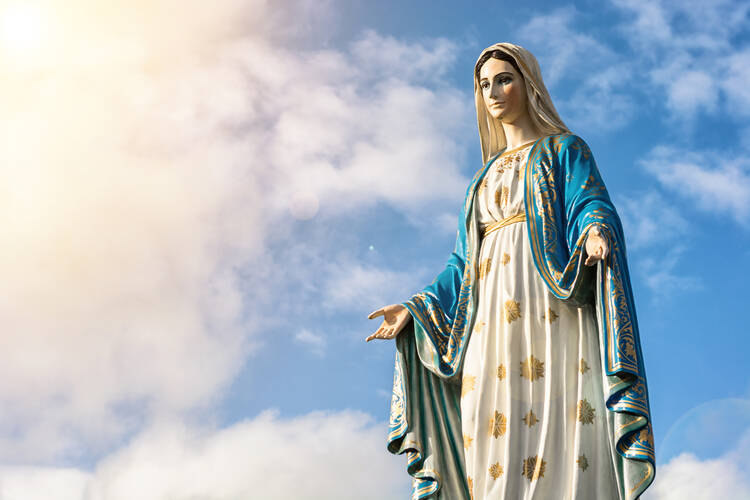 In her fourth book, The Virgin of Prince Street: Expeditions Into Devotion, Sonja Livingston introduces herself as a “pilgrimess” returning to her childhood church in Rochester, N.Y., after not regularly attending Mass for 20 years. The realization that a beloved statue of the Blessed Mother, “Our Lady of Grace,” is missing sends her on the “radical proposition” of exploring devotion, especially, she writes, “when the norm is walking away,” given the declining numbers of practicing Roman Catholics in the United States. Livingston might be a familiar name to readers because three essays from her latest book first appeared in America.

Her search for the statue takes her from Rochester to most of the churches in Buffalo and eventually Pittsburgh. The other pilgrimages she goes on include trips to Ireland (Galway, Ballinspittle and a well dedicated to St. Brigid at Liscannor); Santa Fe; Nags Head, N.C.; and southern Louisiana.

In the book’s subtitle, the italicized preposition “into” emphasizes Livingston’s quest to examine devotion. While many passages pay homage to saints and martyrs, and cherished nuns and priests, this is not a book of devotion. It is a narrative rendered by a skilled creative nonfiction writer who understands that to explore means to linger in the complexity of one’s subject. Upon returning to church, Livingston finds that “the dynamic brand of Catholicism that once provided such nourishment is gasping for breath.”

With The Virgin of Prince Street: Expeditions Into Devotion, Sonja Livingston has created a distinctive contribution to spiritual literary nonfiction.

This is not a book exclusively for doubters or the devout, but for readers who want an openminded fellow traveler venturing into sacred origins. Sitting in the church of her youth, she remembers her “grumbling stomach” when growing up in the poorest family “in whatever enclave of poor families we lived.” And yet “here I was,” she writes, “stalking the grain of ancient tables while carting around a hungry ghost.”

Travel stories are only lasting when the main character’s external movement coincides with an internal one. As Livingston moves through the pews of her memory and her present, the authenticity of her pursuits captivates: “What my heart wanted was to go back, to look at things straight on, to take it all in—the beauty and the flaws—and see what it would be like not to leave.”

Livingston has created a distinctive contribution to spiritual literary nonfiction. Her ruminations do not pound the pulpit with the certainty of an evangelizer but rather dwell in the sanctity of desire, where she “attempts to build bridges with words to the mysterious expanse where language cannot join us.”

This article also appeared in print, under the headline “Stalking the grain of ancient tables,” in the January 20, 2020, issue. 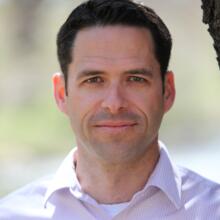 James M. Chesbro is the author of A Lion in the Snow: Essays on a Father’s Journey Home. His work has appeared in The Washington Post, The Writer’s Chronicle, HuffPost and The Millions, among other publications.

@Jamie_Chesbro
Show Comments ()
Join the conversation: Login or create an account
Before you can comment, you need to update your profile to include your first and last name, as required in our comments policy. Then reload this page and you'll be set up for commenting. Update your profile