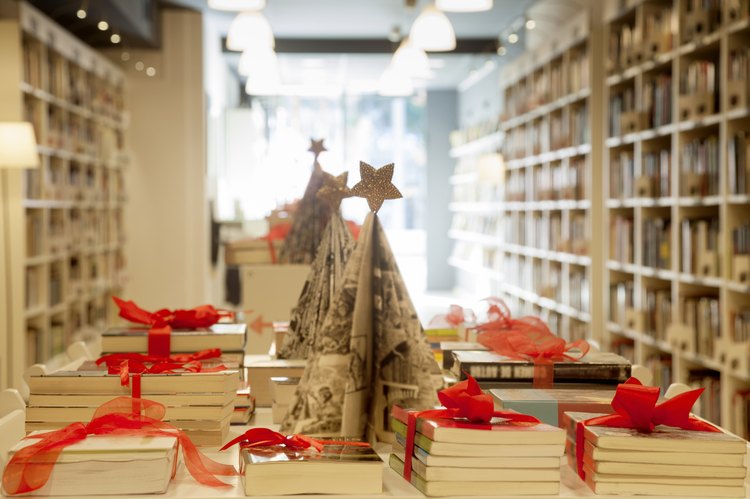 A novel set in Renaissance-era Florence, and in hell, had me at the premise. I learned about Jo Walton, a Welsh writer living in Montreal, from National Public Radio and immediately bought Lent (Tor Books, $26.99, 384p), a historical fantasy. How do historical and fantasy go together? Easily, it turns out.

The infamous Dominican preacher Girolamo Savonarola—the one who ruled Florence and was then burned at the stake in 1498—is the protagonist of the book, and we follow him into the afterlife and back again. Hell and demons are real in this novel, and Walton is a very good writer. Meeting Savonarola for the first time, “A demon with stub wings and a snake’s tail sneers in his face: ‘Oh you thought yourself so high and holy, but here you are...’ He keeps silent, for he has pride still, pride and wrath. Now let his sins be his strength.” Other historical characters are here, too, including Lorenzo de’ Medici and Christopher Columbus. It is a hellish good read.

I must also mention the astounding novel by Patrick Chamoiseau, Slave Old Man. A translation from French and Creole, it was published in hardcover a year ago and recently released in paperback (The New Press, $19.99, 176p). The author has been compared to James Joyce and Franz Kafka, because like them, he is a genre-shaping artist. The opening sentences:

In slavery times in the sugar isles, once there was an old black man, a vieux nègre, without misbehaves or gros-saut orneriness or showy ways. He was a lover of silence, taster of solitude. A mineral of motionless patiences. Inexhaustible bamboo.

Enough said. Buy this little and yet enormous book for someone this month who loves fiction and believes there is nothing new under the sun.

I read many books each year from university presses because I have areas of interest that are sparked by the deep research of those who have the skill to do it—and know all the languages that I don’t! I was grateful this year for Lakota America: A New History of Indigenous Power, byPekka Hämäläinen (Yale, $35, 544p). The book is astonishing in its scope. The author teaches American history at Oxford. It is rare to find such a work, a deft narrative so comprehensive that also includes lots of original research. If you know someone with a passion for the history and culture of Native peoples in the United States, or if, like me, you are particularly interested in the context that gave us Nicholas Black Elk (I am doing research for a forthcoming biography), I think you will enjoy this book.

I read many books each year from university presses because I have areas of interest that are sparked by the deep research of those who have the skill to do it—and know all the languages that I don’t!

I work in religion and spirituality publishing, and there were many good books this year from familiar names like Elaine Pagels, Richard Rohr, James K. A. Smith, Ilia Delio, Ron Rolheiser, Jack Miles and Karen Armstrong. But How to Disappear: Notes on Invisibility in a Time of Transparency, by Akiko Busch (Penguin Press, $26, 224p) is the closest I will come to religion on this list. In fact, I think she offers an antidote to some of our too-sanguine religious understandings of her subject: the purpose and value of silence. Exploring the way silence is put to use in penitentiaries or how it works in the lives of the clinically depressed has forever dispelled my own yearnings for the next retreat when I might put up my feet, hear only crickets or chickadees and say ah, how holy and lovely.

I have been a fan of Thomas Lynch ever since I heard him at a literary festival 20 years ago. I am usually bored by book readings, but Lynch captivates. A second-generation undertaker in Michigan, Lynch is also Irish, and a storyteller of the old sort. The Depositions: New and Selected Essays on Being and Ceasing to Be (W.W. Norton, $27.95, 352p) is his crowning collection. If you are familiar with Lynch’s essays already, you will enjoy rereading those unforgettable first lines from The Undertaking (a bestselling, earlier collection with such appeal that it will soon be translated into Chinese): “Every year I bury a couple hundred of my townspeople. Another two or three dozen I take to the crematory to be burned.”

But I also enjoyed what was new here: five essays and a foreword by Alan Ball, the creator of “Six Feet Under,” the HBO television series. This is memento mori and more. There is even a lyrical meditation on the passing of his old dog, Bill. But my favorite is “Miracle,” where Lynch reflects on his friend Seamus Heaney and the poem Heaney wrote with that title:

In Ireland the dead are shouldered to the opened ground and lowered in with ropes by the pallbearers. After the priest has had his say, the grave is filled in by family and friends. The miracle of life and the mystery of death are unambiguously tethered by a funiculus of grave ropes and public grieving, religiously bound by the exercise of large muscle duties.... Maybe what we miss are the ordinary miracles, the ones who have known us all along—the family and friends, the fellow pilgrims who show up, pitch in and do their parts to get us where we need to go.

My favorite memoir this year is one that many of you will have already heard about. It has been reviewed nearly everywhere because it ought to have been. Sister Helen Prejean’s River of Fire: My Spiritual Journey (Random House, $27, 320p), had been long-awaited. It tells more of the story of her life than Dead Man Walking (1993) did: the transformation of a woman, who had better be named a saint one day, from life in a convent in the late 1950s, teaching white kids in suburban Catholic schools, to living in an African-American housing project and corresponding with and companioning death row inmates.

My favorite memoir this year is one that many of you will have already heard about: Sister Helen Prejean’s River of Fire: My Spiritual Journey.

The fire metaphor of the book’s title comes from a quotation of St. Bonaventure:" Ask not for understanding, ask for the fire." She could have called it “Being Alive” instead. I love this:

As far back as I can remember, I’ve had a vivid sense of being alive. I’d close my eyes and there it was, the feeling: I am. I’m me. I’m alive, having all of these thoughts in my head, which only I know. It still amazes me that I’m alive and thinking—I am always thinking—and I can’t get over it when I open a book and I’m allowed to descend into the inner sanctuary of another’s thoughts.

I have heard that filmmakers often schedule theatrical releases for late in the year when they have expectations of winning awards. Apparently, the memories of judges for the Academy of Motion Picture Arts and Sciences are short, and they are more likely to nominate a film that was in the theaters in December over one that left them in March. I doubt the publishers of The Selected Letters of Ralph Ellison, edited by John F. Callahan and Marc C. Conner (Random House, $50, 1,072p) used such logic for its late release date, but maybe so. I have only had a week with this book and I already know it is my book of the year. Call me sentimental at Christmastime, but I never am. I winced as I bought this one: the price, the size. My wife chides my enthusiasm for fat volumes that are outside subject areas where I should be spending my increasingly precious reading time, and she is right: I often do not read past the first 50 pages. This one is different.

After three days, I am immersed in it, and its richness has me ticking things all over to which I intend to return. I came to these letters not knowing much about their author beyond Invisible Man. But I now know him to be one of the most interesting and endearing literary figures of the last century.

The letters are organized chronologically by decades, beginning in the 1930s when Ellison is a student at Tuskegee Institute, writing home, and later in New York, where he meets Langston Hughes. In the ’40s, he corresponds with Richard Wright (Native Son) and dabbles (who didn’t?) with communism. For the next four decades of this interesting correspondence, there are insights and wisdom on myth, ritual, jazz, the blues, blackness, exile, tragedy, lying, friendship, art, how to fight, love and bravery.

We could use these things, and more, this Advent and Christmas. May we all enjoy the gift of books.

Show Comments ()
Comments are automatically closed two weeks after an article's initial publication. See our comments policy for more.
Show Comments ()
Join the conversation: Login or create an account
Before you can comment, you need to update your profile to include your first and last name, as required in our comments policy. Then reload this page and you'll be set up for commenting. Update your profile
More: Books / Christmas / Literature

Jon M. Sweeney is involved in two books publishing in January. He compiled and contributed to Jesus Wasn’t Killed by the Jews: Reflections for Christians in Lent (Orbis), and he is the author of a biography, James Martin, SJ: In the Company of Jesus (Liturgical Press).