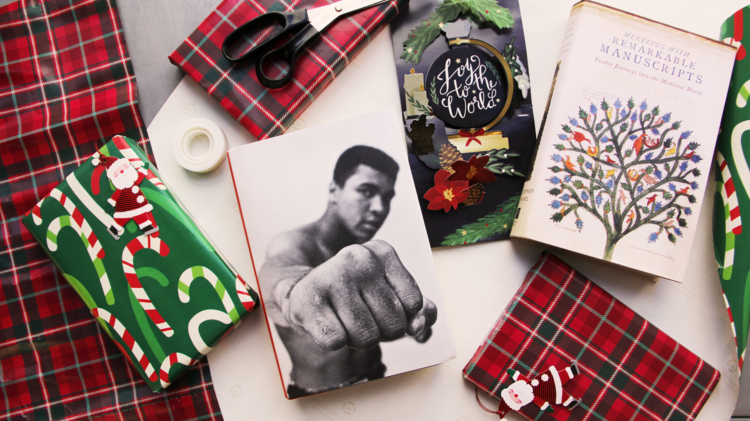 Someone has probably already invented a software program that enables readers to design novels they would like to read. Every turn of phrase, character description, dark night and lonely precipice has been fed into a database that asks the reader to make simple choices. If your interest is historical mysteries, you choose your sleuth: medieval monk, bumbling priest, recovering alcoholic, retired coroner, French gourmand, man, woman or woman with help of three-legged dog. You choose your setting: the century, decade, continent, city. You spend a few minutes voicing your preferences and then receive a new novel to read each month, for a price.

This is not too different from how most novels are written and published today. As most readers know, fiction follows formulas. Most readers also find deep comfort in this approach to reading, and not just in fiction. All publishing categories seem to follow the same strategies. Writers and publishers try to be creative, but most often we are not. We produce more of what is selling. Rarely do we make something original.

Every now and then, one comes across a book that seems unique.

Every now and then, however, one comes across a book that seems unique. Its authors, editors and publisher are not so much meeting an already-expressed need as they are anticipating (or creating) one. I imagine these sorts of books might make good Christmas presents.

The Jewish Annotated New Testament, Second Edition, edited by Amy-Jill Levine and Marc Zvi Brettler, published this fall (Oxford University Press, September), is such a book. It is likely the editors, contributors and publisher had little confidence that the book they were creating would be in demand. I can imagine the marketing uncertainty at the meetings when the project was first conceived in 2011. But this revised and augmented edition continues to change how Christians read the New Testament and provides the first safe entry to the New Testament for many Jews—“from Orthodox to secular,” as the editors put it in their new preface—who have never read the Christian Scriptures before. The first edition had 30 essays; there are now 54, on subjects ranging from “Jesus’ Views of Love” to “Moses’ Radiant Face.”

Rather different in its appeal is Jonathan Eig’s Ali: A Life (Houghton Mifflin, October). I found this biography enlightening as no book before about the boxer, and special among biographies of celebrities. Eig sensitively reveals Ali’s Islamic faith as essential to each stage of his adult life. In Eig’s hands, Ali’s life is a pilgrimage. The arrogance, immaturity and infidelities are still on display, as they have been in other books and films, but we see more of Ali’s devout wife, Belinda, challenging the boxer to make faith real, and the retirement-era Ali studying the Quran and practicing good deeds. Ali brought the world together to a significant degree in the 1970s, and perhaps he can help us again.

Crossing the Atlantic, one can find gems in new translations from the French. I was among those delighted and surprised by Jean Findlay’s 2015 biography of Scott Moncrieff (Chasing Lost Time: The Life of C. K. Scott Moncrieff: Soldier, Spy, and Translator), the fascinating translator of Marcel Proust’s seven-volume Remembrance of Things Past. Findlay went into detail about Moncrieff’s Catholicism and revealed how the man behind the artist was an artist himself. I have never quite understood the appeal of Proust, but I have not stopped trying; so this year, I have been reading a multivolume memoir that is thoroughly Proustian. Written by Michel Leiris, another French intellectual of the 20th century, The Rules of the Game is beautifully translated from the French by Lydia Davis, another acclaimed Proust translator.

Crossing the Atlantic, one can find gems in new translations from the French.

Like Proust, Leiris is for readers with patience and a love for language. After 150 pages of Volume 1, Leiris is still just 3½ years old. Then Leiris describes the evocations of an early 20th-century French Catholic childhood with saints, the Virgin, Mass and catechism. There are humiliations at school. In Volume 2, he looks back on the Manicheism of that childhood, “when everything…was either theological virtue or capital sin, treasure of the good or arsenal of the wicked,” which he has been struggling to unlearn. Also in Volume 2, Leiris spends dozens of pages recalling a prostitute he knew while soldiering in North Africa, returning again and again to ponder the innocence or depravity of their kisses, the fidelity or fleetingness of their partnership. Not many writers I know in English would pause, while describing such a love, to consider a Hebrew matriarch this way: “‘Rebecca’ was one of the biblical names that struck me the most when I was a child because of the meeting at the water hole and the word itself, which evokes something soft and aromatic, like a raisin or a muscadine grape, also something hard and obstinate….”

This is the Proust of Leiris, and this is what I have been finding most interesting about an unusual memoir. Leiris’s subject is not simply himself, or his thoughts and feelings and actions, but writing itself. Three volumes of The Rules of the Game have been published thus far (Yale University Press): Scratches, Scraps and Fibrils. They are in Yale’s Margellos World Republic of Letters, an endowed series that makes literary works from around the globe available in English.

Each book mentioned so far has been an effort to come to terms with otherness: how we try to but cannot ultimately understand each other and ourselves. But there is another aspect to otherness: how we cope, survive, rationalize and discriminate by creating, in our minds and habits, others. No book addresses this more profoundly than Toni Morrison’s small book of essays, The Origin of Others (Harvard University Press, September). I recommend this particularly because I, like many, have in recent years admired the essays and novels of our other pre-eminent American woman of letters, Marilynne Robinson (Gilead, The Givenness of Things and more). The contrast could not be starker. Robinson was the lauded public intellectual of the Obama years (the former president interviewed her in The New York Review of Books just last year); Morrison will go unheralded by the current administration because it’s Trumpism that makes her insights essential now.

Morrison addresses the “romancing of slavery” in our literature and history. She looks carefully at what “being or becoming a stranger” means in American life. She analyzes our fetishes with darkness, our preoccupations with blackness and the tropes we perpetuate regarding Africa: menace, depravity, incomprehensibility. This is not easy, comforting reading for a Christmas morning, but it is a book we need to be talking about.

Lastly, there is occasionally a book whose origin no one can satisfactorily explain. I imagine such volumes springing from the head of Zeus. Jacques Barzun’s From Dawn to Decadence was such a book in 2000; his 500,000-word study of five centuries of Western civilization was a New York Times best-seller back when that really meant something. This year, it would have to be Meetings With Remarkable Manuscripts, by Christopher de Hamel (Penguin Press, October), which won several awards in England when it was published there last year. Lovers of art, history and religion—including psalters, Gospels and books of hours—should treat themselves to it. (Do not expect your adult kids to discover this one on their own.) Like Barzun’s classic, this is de Hamel’s masterpiece, and has come at the end of a long and distinguished career. De Hamel writes in his introduction of his desire to communicate “the thrill of bringing a well-informed but non-specialist reader into intimate contact with major medieval manuscripts.” He does it brilliantly, and in full color. This would have to be my book of the year.

Jon M. Sweeney is the author of 30 books, including Meister Eckhart’s Book of the Heart, with Mark S. Burrows, and Phyllis Tickle: A Life, to be published in February 2018.