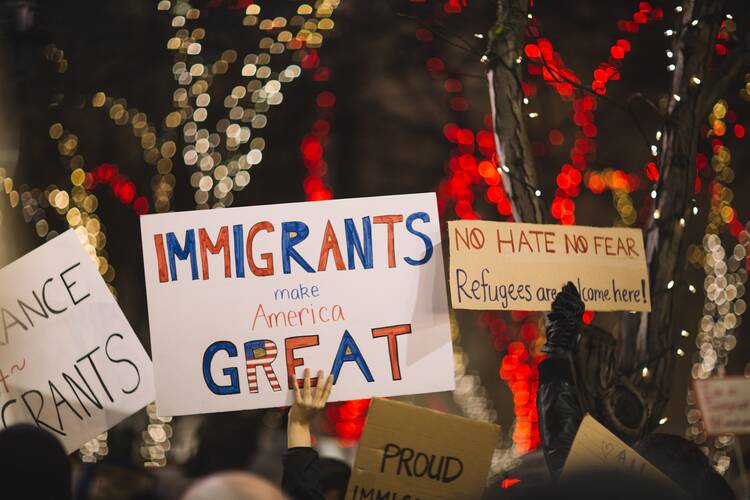 Photo by Nitish Meena on Unsplash

If the entire 2016 election cycle felt like a circus to you, then you will empathize with the students of Lincoln High School. The election for class president at this fictional school ended in a parade of quinceañera dresses, interrupted by a guy in a cow costume wearing an astronaut helmet, who was subsequently karate-kicked to the pavement.

Gordon Jack’s novel, Your Own Worst Enemy (HarperTeen, 2018), is not exactly a one-to-one analogy of what happened in 2016. But the book makes a stab at unraveling some of our last election’s qualities: the importance of social media, the pull of identity politics, what it means to be a “likable” woman and the stone cold calculus of political operatives.

And yet, for all its political zingers and campaign sabotage, Your Own Worst Enemy manages not to end in chaos or despair. The tone is tongue-in-cheek, but the characters treat each other with empathy. At the end of the novel (spoiler alert), the losing candidates and their supporters are not angling for the next snarky hot take. They are building new relationships and repairing old ones. They are working to make their school better, greener and more inclusive. And, of course, they disagree about how to do that.

Your Own Worst Enemy is not the only young adult novel trying to make sense of the world, injustice and the obstacles that impede change. Many books, music, TV shows and movies are trying to do that. But young adult literature offers an earnestness and hopefulness I rarely find elsewhere. It makes me want to care.

For all its political zingers and campaign sabotage, Your Own Worst Enemy manages not to end in chaos or despair.

Shifting the Focus
Young adult books are geared toward 12- to 18-year-olds, teenagers more than adults. This means that the current target audience for young adult novels is Generation Z, a cohort defined by their use of technology, their multiculturalism and their career focus—having grown up in the age of iPhones, shifting demographics and the Great Recession.

While this generation, along with the millennials, has been derided as sensitive “snowflakes,” they are proving themselves to be resilient and thoughtful activists. Among the most visible have been students of Marjory Stoneman Douglas High School in Parkland, Fla., who organized the March for Our Lives against gun violence, but they are not alone. Members of Gen Z have been involved in fighting for women’s rights, advocating for access to mental health resources, marching with the Black Lives Matter movement, speaking up for L.G.B.T. people and getting out the 2018 midterm vote.

Young adult literature is shifting, following the gaze of Gen Z toward social justice issues and activism. In Dry (Simon & Schuster, 2018), the authors, Neal and Jarrod Shusterman, tell a dystopian survival story of what happens after suburban California runs out of water. Despite their desperate attempts to survive, the main character, Alyssa, her younger brother, Garrett, and her neighbor, Kelton, eventually become dehydrated and are surrounded by a blazing fire that moves across the landscape faster than they can run.

Now that the deadliest wildfire in California history killed 85 people last fall, Dry feels a lot less hypothetical than previous young adult dystopian books, like Suzanne Collins’s “The Hunger Games” series or Margaret Peterson Haddix’s “Shadow Children” series. Dry responds to the issue of climate change directly. There is no metaphor, no future date posed, no drastic change in government structure, just the crazy idea that a big chunk of California has no more water.

When grappling with an issue like climate change, there can be a temptation to lose hope. It feels so big. Dry could easily have given in to despair. As the fire begins to engulf Alyssa, Garrett and Kelton at the end of the novel, Alyssa is holding a loaded gun. She is poised for a mercy killing—a harsh echo of John Steinbeck’sOf Mice and Men. But she never gets the chance. Instead, a generous helicopter pilot showers the three young people with water from the nearby reservoir they had been trying to reach.

The novel offers a new image of hope, albeit a messy one: Alyssa slurping water from the surface of a rock into her own mouth, pressing her lips to Kelton’s and spitting the water into his mouth. “A week ago, I would never have considered such a thing,” Alyssa thinks. “The box I lived in was simply too small to think that.”

With the characters at the edge of despair, the authors introduce hope and an expansion of how the protagonist thinks about mercy. The book ends several weeks later with California beginning to return to normal. Alyssa tells us that 60 percent of the human body is water, but “the rest is dust, the rest is ash, it’s sorrow and it’s grief.... But above all that, in spite of all that, binding us together...is hope. And joy. And a wellspring of all the things that still might be.”

Mark Oshiro’s debut novel, Anger Is a Gift (TorTeen 2018) holds an ocean of grief but also a raging revolutionary fire.

Young adult literature will often tell you directly the lesson you should walk away with. Does spelling out the message of a book make it a little cheesy? Maybe, but if we are going to work effectively for social justice, don’t we need to speak with that kind of earnestness? It is easy for me to sit in New York City and say: “They called it the Camp Fire, really? Oh, the irony.” It is harder to say: “Eighty-five people died.... Wow, I wonder who they left behind, who is grieving.”

Taking It to the Streets
Books like Dry and Your Own Worst Enemy are not the first of their kind. Young adult literature has dealt with serious topics for decades: gang violence (The Outsiders, 1967), substance abuse (Go Ask Alice, 1971), feminism in Latina culture (The House on Mango Street, 1984), sexual assault (Speak, 1999) and racial justice (Bronx Masquerade, 2002). There is a whole subgenre of young adult “social problem” narratives.

More recently, these young adult social problem narratives are morphing into social activism narratives—books about protests. In Your Own Worst Enemy, for example, young women in quinceañera dresses protest racially motivated vandalism. Angie Thomas’s The Hate U Give (Balzer + Bray, 2017), which remained over 100 weeks on the New York Times Best Seller List and was made into a movie, ends with the protagonist, whose childhood friend was murdered by police, joining and leading a protest.

Mark Oshiro’s debut novel, Anger Is a Gift (TorTeen 2018), is also forging the way for young adult social activism narratives. The book holds an ocean of grief but also a raging revolutionary fire. Moss, the main character, lost his father to police brutality as a young child. In a peaceful walkout to protest his high school’s increasing militarization, Moss’s boyfriend is also killed by police. I felt close to Moss; reading this knocked the wind out of me.

While the novel begins and ends with grief, it also transforms the depths of hopelessness into vertices where emotion and activism meet. At the height of his anger and despair, Moss does not think; he acts. He chains himself to a flagpole outside the police precinct. Soon a large crowd gathers and the police must respond. There is no idealistic ending for a book like Anger Is a Gift, but, like Dry, this book says exactly what it means. Moss’s final words are: “Stop killing us.”

Our culture needs young adult novels because they are sincere when the world is quippy. These books say what they mean and in doing so invite us to empathy. Young adult books also call us to activism: not to phone it in or Tweet it out but to be out in the streets practicing solidarity in the flesh.

This article also appeared in print, under the headline “Young Adult Literature Has a Lot to Say About Social Justice,” in the Fall Literary Review 2019, issue.

Emma Winters is a former Joseph A. O’Hare, S.J., fellow at America.