Eighty years later, ‘The Grapes of Wrath’ is a stunning tapestry of social realism 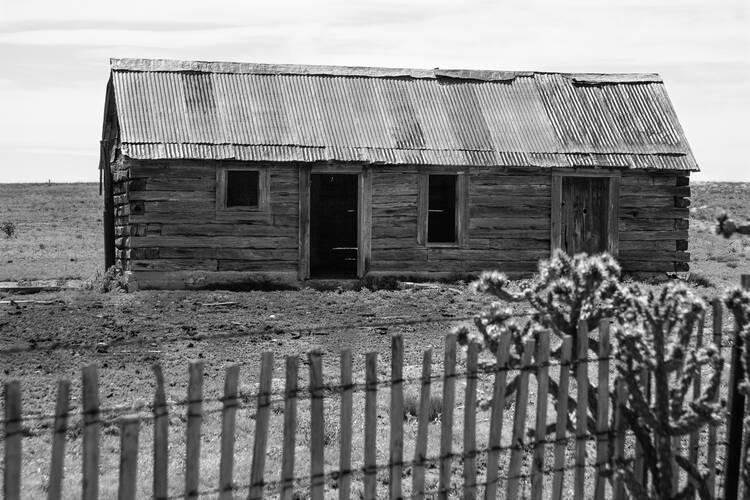 We assign color to the past in interesting ways, guided by collective memory and individual perception. For me, the 1970s are usually filtered through earthy hues: avocado greens and harvest golds and burnt oranges. The 1990s are black and charcoal and denim-blue. The pre-color-photography eras are all bland to me, except for the 1930s, which are the color of dust: murky brown, like the inside of a warped crystal ball.

From time to time I start thinking in ’30s brown. At 3 years old, my grandfather hitchhiked with his sister and mother from Oklahoma—where the Dust Bowl disaster was obliterating farmland, displacing people and devastating communities—to California. They left with $7 and the hope that their lives might be better out West. Grandpa is now 90 and lives in Northern California. Whenever I see him, we eat my 89-year-old grandmother’s spaghetti and garlic bread, and our conversation invariably turns to the Great Depression: life in Oklahoma, on the road, and in California. Going barefoot all summer. Making toys out of milk tops. Shining shoes, selling Liberty magazine and The Saturday Evening Post. Working 12-hour days in a grocery store at 8 years old (and negotiating a raise). Facing the mockery of Californians who treated Okies like they “weren’t worth a pot of crap.”

“They used to have ‘Can’t Bust ’Em’ jeans, and they looked fat, sloppy. But they were good jeans. Everybody that had a dollar or two bought Levi’s. And so I saved up enough money, and my first pair of Levi’s was $2.25,” he recalled.

“I can remember our home [in Oklahoma],” he told me in 2015 when I was writing a paper on the Great Depression for a college class. “We never had a toilet inside. We never had electricity. We never had gas coming in the house. When we wanted water, we had to go to the well, leave it on the back porch, and we had a ladle. We never had a refrigerator, so what we did was we put a big sheet over this round table to save everything.

“Have you ever seen that picture ‘The Grapes of Wrath’? That’s the way it was. But only it was worse.”

“Have you ever seen that picture ‘The Grapes of Wrath’? That’s the way it was. But only it was worse.”

April 14 was the 80th anniversary of the publication of John Steinbeck’s The Grapes of Wrath, the greatest social novel of the 20th century. When I think of Steinbeck, I think of color. It is like that scene in The Wizard of Oz, when Dorothy Gale emerges from the hazy sepia farmhouse into clear, sharp, eye-busting Munchkinland. Reading Steinbeck makes me scrub off the reductive Dust Bowl browns, as he renders a decade of farm foreclosures and large-scale intranational migration in the “low yellow light of kerosene lanterns” and the green of reeds in a California river, “jerking slowly in the current.” There is “a grove of yella oranges,” “red shacks,” “red sun,” “dark red country” and “gray country.” And sometimes he writes something that makes you morbidly conscious of your own physicality and mortality, as when “their hunger-sharpened noses smelled the pickle, cheese, and Spam.” Or when Jim Casy, the preacher, declares, “I love people so much I’m fit to bust, sometimes.” These elements coalesce into one tragic, beautiful, human feat.

The Grapes of Wrath follows the Joad family of Oklahoma as they lose their home and drive a jalopy across Route 66, bound for California. After arriving, they move from migrant camp to migrant camp, picking crops and enduring poverty. Spliced with chapters that consider Depression-era hardship more panoramically (the characters in these fable-like passages belong to groups; they are referred to as the owners, the migrants, the families, the Californians, the Mexicans), the novel switch hits, toggling between the individual and the institutional. “Some of the owner men were kind because they hated what they had to do,” writes Steinbeck, describing the bank representatives who evicted farmers from their land, “and some of them were angry because they hated to be cruel, and some of them were cold because they had long ago found that one could not be an owner unless one were cold. And all of them were caught in something larger than themselves.”

April 14 was the 80th anniversary of the publication of John Steinbeck’s The Grapes of Wrath, the greatest social novel of the 20th century.

Steinbeck is an artist-historian—a stylish documentarian with a heart for the marginalized, a moralist with few qualms about calling out unchecked greed, which (inasmuch as his literary reputation is concerned) has sometimes been a liability. Robert Gottlieb, a former editor of The New Yorker, writing for The New York Review of Books in 2008, derided Steinbeck’s “compulsion to hector us with heavy-handed opinions.” In 2014, Charlotte Allen wrote in The Los Angeles Times that The Grapes of Wrath was one of three “monuments of preachy mediocre fiction.” (The other two, she wrote, are The Catcher in the Rye and To Kill a Mockingbird.)

While Steinbeck has caught flak for his style, he also has his defenders. The writer Tom Wolfe, in his 1989 essay “Stalking the Billion-Footed Beast,” argues in favor of social realism, criticizing the postmodern shift toward self-aware fantasticism and the absurd. “By 1962,” writes Wolfe, “when Steinbeck won the Nobel Prize, young writers, and intellectuals generally, regarded him and his approach to the novel as an embarrassment.” At the time of Steinbeck’s death, in 1968, his reputation had suffered mightily. Not only was social realism outmoded, but Steinbeck had supported the Vietnam War, a move that many interpreted as a betrayal of his progressive politics.

But Steinbeckian realism is so potent:

How can you frighten a man whose hunger is not only in his own cramped stomach but in the wretched bellies of his children? You can’t scare him—he has known a fear beyond every other.

In one of my favorite sections of the novel, Steinbeck writes about an archetypal roadside diner operated by a cook, “Joe or Carl or Al,” and a “Minnie or Susy or Mae” who takes customers’ orders. Meticulously imagined, the diner only feels real because you know it has “mustard pots” and “Bromo-Seltzer, Alka-Seltzer,” “pies in wire cages and oranges in pyramids of four.” From their place on the roadside, Mae and Al watch cars stream down the highway: poor migrants, rich travelers, families, couples. When a migrant father and his two young sons come into the restaurant asking to buy a loaf of bread, Mae is tetchy at first. “This ain’t a grocery store,” she says. “We got bread to make san’widges.” Al convinces Mae to sell the loaf at a discounted price (10 cents instead of 15). The migrant father, holding a penny, asks Mae if the peppermint sticks on the counter are “penny candy.”

Steinbeck writes: “The little boys raised their eyes to her face and they stopped breathing; their mouths were partly opened, their half-naked bodies were rigid.” Mae says, “Oh—them. Well, no—them’s two for a penny.” The man buys candy for each of his sons and leaves.

“Them wasn’t two-for-a-cent candy,” says a trucker sitting at the counter. Mae replies, “What's that to you?”

Steinbeck is an artist-historian—a stylish documentarian with a heart for the marginalized, a moralist with few qualms about calling out unchecked greed.

My grandfather’s stories, too, are tinged with kindness and full of gritty Good Samaritans. When his family first arrived in Southern California, my great-grandmother worked as a cook. At one restaurant, my grandfather remembers, “there was a tree growing in the middle, and the fellow that owned [the restaurant] allowed me to sit by that tree, and my mother would do the work, and they would feed me.”

Planning to settle in Northern California, my great-grandmother “paid this guy that was a sailor to drive us from [Santa Ana] to Campbell. Everything here was apricot trees, peaches. We moved to San Jose. This Italian farmer, right by the Guadalupe Creek, had three rows of vegetables. Anybody could pick from those rows—they could have it, free. If you passed that, he had signs up: You’ll be shot with buckshot. Because he sold the rest of it.”

It can be tempting to write Steinbeck off as a preachy moralist. But I will never forget this declaration from my grandfather, a simultaneous testament to the beauty of creation and the injustice of deprivation:

It could happen again. Look at Venezuela going from richest country in Latin America to poorest in just 10 years.

Steinbeck is one of my favorite authors, and "The Grapes of Wrath" has greatly influenced my faith and political viewpoint.
My favorite quote from the book comes when Tom Joad is about to take off to parts unknown and he talks with his mother for the last time: ‘Hm-mm,” he said, “Lookie, Ma. I been all day an’ all night hidin’ alone. Guess who I been thinkin’ about: Casy! He talked a lot. Used to bother me. But now I been thinkin’ what he said, an’ I remember-all of it. Says one time he went out in the Wilderness to find his own soul, an’ he foun’ he didn’ have no soul that was his’n. Says he foun’ he jus’ got a little piece of a great big soul. Says a wilderness ain’t no good ‘cause his little piece of soul wasn’t no good’ less it was with the rest, an’ was whole. Funny how I remember. Didn’ think I was even listenin’. But I know now a fella ain’t no good alone.’