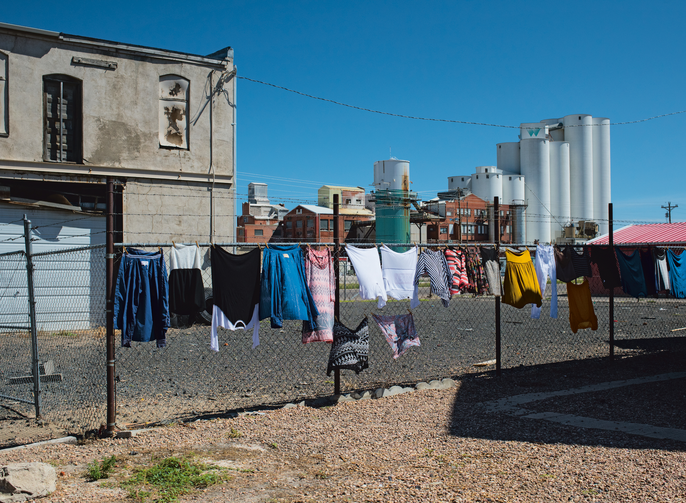 Growing inequality continues to batter our politics. The lack of concern on the part of U.S. elites for how the rest of the country lives has fueled populist anger and, in 2016, the surprising presidential election victory of Donald J. Trump. And all that might be just the beginning: The rising tide of automation, globalization and privatization threaten to keep the lower classes in the United States out of work, making them (angry) wards of the wealthy and the state.

What can be done about this deep divide between majesty and mud? One good starting point is reporting about and earnest engagement with the lives of people in crumbling cities like Baltimore, Detroit and Milwaukee and rusting towns like Youngstown, Flint and Birmingham. Two generations ago, these places were prosperous. Then markets shifted and labor costs increased. Capitalist economics prevailed, and jobs went to places where wages were cheaper. Communities crumbled. Poverty followed, with all its ugly symptoms: missing teeth, drug addiction, potholes, rotting porches.

One of the latest entries in the genre of exploring American poverty is Dignity, by Chris Arnade, a 284-page tome that blends coffee-table book photography, reportage and memoir. Arnade sketches the story of how he went to work as a bond trader for Citibank in New York City, making tons of money and living comfortably in Brooklyn. It was not enough. In the wake of the financial crisis, a spirit of earnest curiosity seized him, and he started going for long walks in the poorer parts of the Bronx. He saw, he writes, “just how cloistered and privileged my world was and how narrow and selfish I was.” He talked to residents, making friends with a prostitute and other people struggling on the margins of society, and started writing and taking pictures.

Dignity is a 284-page tome that blends coffee-table book photography, reportage and memoir.

A year after beginning his pilgrimage, Arnade was asked to leave his lucrative job. He didn’t fight it. After almost two decades on top of the pyramid, he was bored.

With money banked, he widened his explorations. He drove around the country, putting 150,000 miles on his car. He visited both poor black neighborhoods (like Buffalo’s East Side, Selma, Ala., and Milwaukee’s North Side) and impoverished white areas (like Prestonsburg, Ky., Bristol, Tenn., and the Ozarks). What they had in common, he writes, “was that all were poor and rarely considered or talked about beyond being a place of problems.”

Arnade's photographs live up to the promise of his book’s title. They are vivid portraits of people doing ordinary things: praying in churches and mosques, gazing at the stars through a telescope, taking care of pigeons, running bingo games, hanging laundry, doing backflips in the street, drinking a beer at a ballgame, cheering on a car race. In other words: You can be poor and have a life you love. And, yes, dignity. The prose, on the other hand, is more uneven, meandering, thin on deep analysis and rich in anecdote, with some insights worth pondering.

Arnade is obsessed with the social and geographical role played by McDonald’s restaurants, devoting an entire chapter to them. As he correctly notes, the chain offers (in every hamlet) a de facto town square, in many places “one of the few places open to the public that worked.” McDonald’s is where people go to take advantage of free internet, gossip, pray the Bible, get warm or cool, go on a date, meet with their drug counselor or get tutored in a foreign language.

McDonald’s, Chris Arnade writes, is where people go to take advantage of free internet, gossip, pray the Bible, get warm or cool, go on a date, meet with their drug counselor or get tutored in a foreign language.

A vexing problem in these areas is whether to leave for personal opportunity, an accepted principle of middle- and upper-class life. Arnade himself left a small town to find fortune. But now he admires people who stay because of their “connections, networks, family, congregations, the Little League team, the usuals at the hairdresser, regulars at the bar, the union hall, the crew at the vape store, the regulars at the half-price movie night, the guys for Tuesday night basketball.”

There is grace in Arnade’s subtle meditations on faith. Not a believer, he finds himself drawn to the spiritual strength and resiliency of people who suffer and own nothing. The fact that he does not quote Jesus’ explicit directive that the kingdom belongs to the poor gives power to the contemplation. “The tragedy of the streets means few can delude themselves into thinking they have it under control,” he writes. “You cannot ignore death there, and you cannot ignore human fallibility. It is easier to see that everyone is a sinner, everyone is fallible, and everyone is mortal.” It is as if God’s presence is so palpable that it doesn’t need to be preached.

This caring book is in the line of a long tradition of writers left their lives of comfort to study squalor and decline, including Jacob Riis’s How the Other Half Lives (1890), James Agee and Walker Evans’s Now Let Us Praise Famous Men(1941), Barbara Ehrenreich’sNickel and Dimed: On (Not) Getting By in America (2001), George Packer’s The Great Unwinding (2014), and Matthew Desmond’s Evicted: Poverty and Profit in the American City (2017).

There is also, of course, J. D. Vance’s Hillbilly Elegy (2016), a rags-to-riches memoir about growing up in a small town in Ohio. In Appalachia, where I live, that book has been criticized for its unabashed patriotism and faith in American meritocracy and for its focus on a particular brand of white culture. It even inspired a literary counterattack, Appalachian Reckoning: A Region Responds to ‘Hillbilly Elegy’, edited by Anthony Harkins and Meredith McCarroll (2019).

"There is not a single ‘truth’ about Appalachia and its people,” Harkins and McCarroll write in the introduction to the book, an anthology of essays, poems and photographs. They are right, of course. Arnade’s work, on the other hand, does well in reflecting the racial, cultural and religious diversity of America’s poorer regions.

One painful, unanswered question, though, cries out from the pictures and prose of Dignity and a lot of these other books: What should we do? It is one thing to meet your neighbor where she is, without judgment. Shouldn’t we help her, too? Chris Arnade admits he doesn’t know the solution. “We all need to listen to each other more,” is all he can muster in conclusion. Fair enough. I am not sure I can do much better.

When I reached Arnade for an interview, he was in Buenos Aires, recovering from what he described as burnout from his burnout. The work he had been doing to document poverty had drained him, he told me. Encountering the other is hard, uncomfortable work. “I was a vegetarian atheist, and I just spent three years eating at McDonald’s and going to church,” he mused. (Two years ago, without good vegetarian options in the places he was traveling, Arnade started eating meat.)

"I don’t have any answers,” he said. “I don’t really have any hope that things will get better” in the United States.

The work, though, had changed him. He could no longer look at the world the same way. “I’ve become less of a capitalist,” he said.

It never ceases to amaze me how rich people, even somewhat compassionate rich people, seem utterly dumbfounded by not very difficult questions and problems.

America stopped taxing its rich people, and didn't stop taxing it's middleclass, ever more and more, over the last three decades.

We used to tax the wealthy fifty percent of their income or more to pay for much needed equalizers called social programs thirty years ago.

Then the rich started cutting much needed social programs that the largely overtaxed middleclass were getting some help from, and which the poor desperately needed. This created an extremely rich wealthy class populaton, yet smaller in size, percentage wise, than in the past, while creating a much larger and poorer middle class, and poorer class of poor populations in the U.S.

This outcome was intentionally maneuvered by rich, republican, conservatives pushing evangelical and traditionalist religion with highly conservative politics together. this blend giving an aire of morality to the operations of pure greed aimed at shaming the evil poor who were all just a bunch of freeloading welfare recipients.

Republicans would preach - "You middleclass should not be mad at the rich when it's those lazy welfare takers that are the problem!" All the while they hiked middle-class taxes and cut taxes for the wealthy, and manipulated the Medicare and Medicaid services to pay out for medical cost for elderly parents who were millionaires, by hiding parent's money in various tax free trusts, so their kids could inherit millions, while their parents used up millions of public funded services in nursing homes and hospitals, once their parents died. This amounted to greater fraud than all welfare fraud in our country put together but how many people are aware, even now, that the rich ripped off the system more than the poor all along?

Now we are a country with a much weaker middle class who are still afraid of the sin of taxing the rich no matter how much they enslave the rest of us.

Social programs include public schools, libraries, parks, universal health care for all, medicare, medicaid, unemployment, social security, government pensions, welfare, any possible form of future public, quality daycare for all children, and government funding of higher education for all who have proven their capabilities, public vocational schools, support for the arts and sports, etc.

You will notice that it is the working middle class that stands to gain the most from the majority of these programs, seconded only by the very poor, especially those who wish to leave poverty and train themselves for a better life.

Meanwhile, the extremely wealthy can afford life without these social funded programs so this is why they demonize them just like they demonize unions.

Now you can't find anything to buy with a union label on it. It is all made in China and today China's middle class lives quite well and outnumbers the entire population of the United States. Hmm . . What could possibly be the solution?

This article also appeared in print, under the headline “Our Nation's Deep Divides,” in the July 8, 2019, issue.

John W. Miller is a former staff reporter for The Wall Street Journal and co-director of “Moundsville,” a documentary about a small West Virginia town in the age of Trump.