Catholic Social Teaching goes beyond analyzing poverty. It calls us to action.

Catholic Social Teaching goes beyond analyzing poverty. It calls us to action. 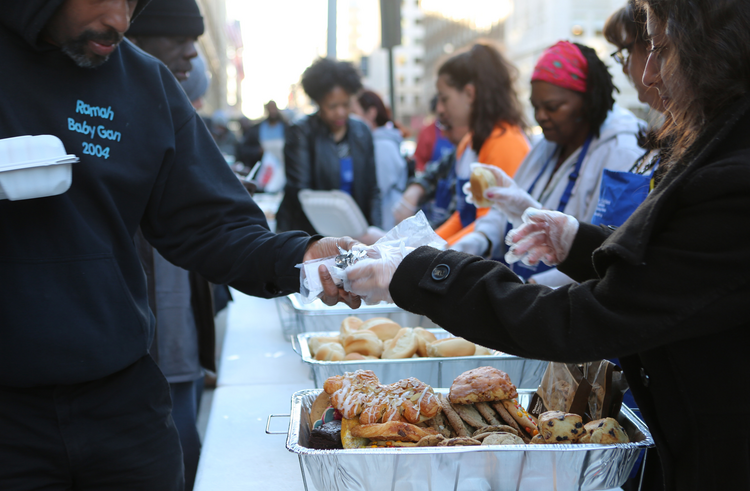 I am the product of 14 years of Catholic education, 10 in primary school and four at a Catholic liberal arts college. My teachers will be happy to hear that because of my education I have a deep love for Catholic social teaching. But my interpretation of the principles we are called to follow to make the world a more empathic and just place has changed over the years—and not necessarily for the better.

At 14, I was convinced I could solve poverty if I could get enough vans to go into cities to feed the homeless. At 21, my first instinct when confronted with poverty was to read journals, attend conferences and meet with powerful people. Along the way, I lost some of the practicality and enthusiasm for making people’s lives better right now in favor of top-down, systems-based approaches.

After my liberal arts education, I lost some of the practicality and enthusiasm for making people’s lives better right now.

The Gospel calls people to action: If someone is hungry, give them something to eat. It does not say, “If someone is hungry, understand the systems in place that led to their hunger (especially the cyclical nature of poverty), see what sociological factors led to them being hungry in this particular geographic area, and then write to your congressperson to fix the issue.”

I do not want to give the impression that understanding systems is not important. But an intense focus on these systems can lead to “analysis paralysis,” where action is always put off in favor of more research. I have to remind myself that even though I want to know more about systems of violence and about the intersectionality of race, gender and identity, there comes a time to put down the book and do something. Distributing peanut butter and jelly sandwiches in Milwaukee will not solve poverty, but neither will reading books about poverty for one’s whole life.

This is a critical and necessary time to renew our focus on Catholic social teaching. The natural world is being polluted, divided up and given over to corporations. Attempts to roll back health care programs violate the preferential option for the poor. The Supreme Court has weakened unions and ruled against the rights of workers. Migrant parents and children have been separated at the U.S.-Mexico border, a gross violation of the dignity of the family and the human person.

Distributing peanut butter and jelly sandwiches in Milwaukee will not solve poverty, but neither will reading books about poverty for one’s whole life.

My habit now is to respond to these problems with a curt phone call to a government leader that sounds something like this: “Hello, my name is Mary McConnaha, here is my phone number and zip code, and I would like you to vote this way on this bill.” As a small person in a very large world, I sometimes wonder how else I could make any kind of impact.

But there are more direct ways to live out Catholic social teaching. Many concerned with both care for creation and for the dignity of the human person gathered at the Standing Rock Sioux reservation to protest a pipeline running through Native American soil, coming from hundreds of miles away and risking fines or jail. In your own community, you might participate in a park cleanup or host a group of local refugees or new immigrants to a parish dinner. To support C.S.T.’s call to family, community and participation, you can volunteer to bring Eucharist to the homebound, who often suffer from loneliness and are in need of someone with whom to talk. To live in solidarity with others, you can join peaceful protests and demonstrations with those fighting for the vulnerable. There are an infinite number of ideas, and I hope you will find your own way to live out the call through your vocation.

Where are the millennial Catholic activists?
Colleen Dulle

“Where are the millennial Catholic activists?” We are right here.
Mary Cunningham

If we are really to proclaim a love for the poor and vulnerable and a commitment to a more just and humane world, we eventually have to move. I will not stop using social media, writing and researching, as these are all part of my vocation, but those systems-tackling efforts will take time. In the meantime, there are human beings who need support.

We academics and products of liberal arts education need to ask ourselves: How would we have tackled the injustice when we were 14? The answer may lead us in a new, previously untapped direction. We may reach people, even if it is a few, sooner—living out our call to social justice.

Never forget what the 14-year-old you would have responded with when presented with a problem. Without this reminder, you might be overthinking it.

Catholic Social Teaching is essentially socialism and as such will hurt the poor not help them. Action, yes but not political action

The author should analyze why the poor are disappearing from the world? Answer -the opposite of Catholic Social Teaching.

The author and all interested readers should read Hans Rosling's Factfulness: Ten Reasons We're Wrong About the World--and Why Things Are Better Than You Think

Why are you even on a Catholic Jesuit news magazine if you think Catholic Social Teaching, which is very closely based on the Bible and the earliest post-biblical Christian sources, e.g. the Didache, St Clement's and St Melito's writings, is harmful? Are you an Identitarian "Catholic"? What is your interest here if you've rejected the core of the gospel already? Do you just want a "Catholic" flag on a stick to beat other people with?

In 16 years of Catholic education I never heard of Catholic Social Teaching. Nor have I heard it from the pulpit in thousands of homilies. So it cannot be part of Catholicism. I have been taught what I call Catholic morality for personal behavior for salvation. None of it involved politics. A lot of it involved personal charity. Maybe you and Ms. McConnaha will enlighten us how CST has helped eliminate poverty in the world. Meanwhile the poor are disappearing from the world and it has nothing to do with CST. That's embarrassing.

Your point, Mary, about specific action reminds me of the anecdote told by Jim Forest, the collaborator and a biographer of Dorothy Day. Helping out on a soup line, Jim was totally frustrated at the apparent worthlessness of the efforts to deal with poverty simply at the symptoms level. And he was quite vocal about it! Dorothy just looked at him and said "Jim, just pass out the soup".

Thanks for your piece, Ms. McConnaha. I'm always happy to see CST in the spotlight.

I, too, struggle between prioritizing 1) immediate relief of suffering and 2) dismantling the root causes of suffering.

But even when we decide to stop reading and "just do something," the CST principle of solidarity calls us to intentionally follow the lead of those most directly in need. To follow their lead, we must be informed, or we can do harm. And we have done harm.

For instance, white demonstrators who visited the camps in North Dakota arrived with good intentions. But many of them were uninformed about how to best support Standing Rock. So, regardless of their good intentions, they created harm: they siphoned camp resources, interupted sacred rituals, and culturally appropriated from the very people they sought to help. (See SFGate.com "Standing Rock activists asking white people to stop treating pipeline protest like Burning Man")

The colonizing of spaces and efforts of people of color by white people intending to help is a critical blindspot with deep historical roots. (See the Indigenous People's History of the United States.)

Just because we mess up sometimes in our efforts to live our values doesn't mean we should take our toys and go home. Far from it - this world needs our efforts. But it does mean we have a responsibility to learn from the mistakes of those who have gone before us and to keep learning ourselves. (See Slate.com "Why White Liberals are So Unwilling to Recognize Their Own Racism.")

So, even though the research may make you feel like you aren't doing enough, remember that it's just as important whether we want to tackle systemic or immediate suffering, doing the research is necessary to avoid perpetuating harm.

Mary, your article reminded me of a Speech and debate class I was in during high school. One speech we had to prepare and deliver was termed a "Persuasive" speech exhorting our peers to action. Every one of the 35 students in class lamely used for the climax of their appeals to call our Congressman. This was a long time sgo, I don't recall many Congresswoman where I lived. The paragraph in your article reminded me of the day the last speech was delivered and our teacher patiently sat through the very last speech, then stood and proceeded to chew the whole class out for not being able to exhort any action other than calling Congresspeople. Boy, was she mad. She made us think though at a time in adolescence when our primary concern was fitting in with our peers. 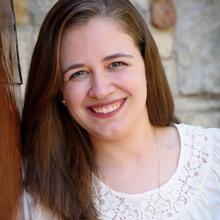 Mary M. McConnaha is a graduate of St. Norbert College in De Pere, Wis., where she studied English and peace and justice studies. She is currently an English teacher at a public school near Louisville, Ky.