Stephen Markley’s ‘Ohio’ is the novel you need to read to understand the Midwest today. 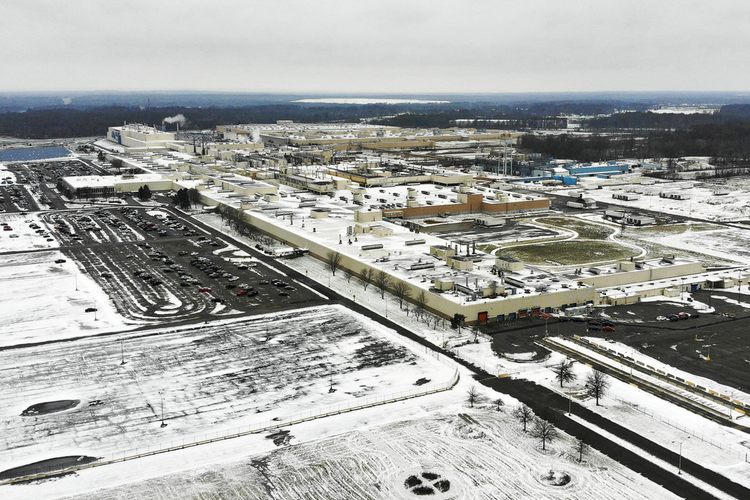 Snow covers the perimeter of the General Motors' Lordstown plant, Wednesday, Nov. 28, 2018, in Warren, Ohio. GM announced plans this week to put five plants up for possible closure, including the plant in Lordstown. (AP Photo/John Minchillo)

There is a smugness that I hate in post-election coastal journalism that wants to “figure out” what happened to the Midwest. Everyone has an explanation: opioids, globalism, machine automation, racism. Fox News, nationalism and being angry at people who don’t “Respect the Flag.” They’re afraid. They’re economically anxious, and they voted for him. Why is the only thing worth figuring out about these godforsaken parts of the country: As long as we’re giving them these votes in the electoral college, we have to understand why they voted for him. Hosting a Jay-Z and Beyoncé concert in Cleveland didn’t move the needle—and neither did LeBron James—so what will?

Depending on whose account you read, Midwestern voters (this, again, is all they are worth) are enslaved or indifferent to the structures they live and work in: a never-ending war(s) on terror, the 2008 financial crisis, the proliferation of opioids, an Affordable Care Act that still allows thousands to go broke from health care costs. These are absolutely determining factors that deprive flyover citizens of agency; we ought to excuse the wrongs of rural America in light of these.

On the other side of the argument, these corporate structures are totally irrelevant to the individual moral and political choices that have led the individual into despair. They just need to shape up, go back to church and pull themselves out of ruin. The best storytellers resist both of these impulses and write the superstructures into the scene without leaving individuals bereft of the drama of their own lives.

Stephen Markley’s debut novel, Ohio, does not seek to answer the question of Trump’s rise—even if others will read reasons into it. Other reviewers will undoubtedly call it the Hillbilly Elegy novel. (Do not believe them.)

Stephen Markley’s debut novel, Ohio, does not seek to answer the question of Trump’s rise—even if others will read reasons into it. Other reviewers will undoubtedly call it the Hillbilly Elegy novel. (Do not believe them.)

Ohio is an intimate, long look at a single night in New Canaan, a fictional “corn and rust” town set somewhere between central and northeast Ohio. The narrative revolves around four natives of New Canaan, who have all moved away and are returning for disparate reasons that eventually collide in dramatic turn. There is Bill Ashcraft, the cocky coked-out and burned-out activist; Stacey Moore, an English Ph.D candidate confronting a former friend and lover’s parent; Dan Eaton, a three-tour veteran who can’t get over a high school love (none of them can do this); and Tina Ross, who everyone vaguely remembers as the high school tramp.

The New Canaan they return to is different from the one of their childhood. “Zanesville Road, once nothing but fields, had vanished under pavement and parking lots. Gas stations, pet stores, tanning salons, Pizza Hut, AutoZone, Ruby Tuesday, Staples, Dairy Queen, Discount Tire, and finally a new crop of prefab homes, each one a clone of some original vinyl-sided patient zero.” This is precisely what Paddy Gilger, S.J., has called in these pages the “the napalming of community performed by an individuating neoliberal capitalism.”

As for the people they left: one of their classmates is dead from overdosing, another killed by a sniper in Iraq, another hasn’t been heard from since fleeing for Southeast Asia days before graduation. The pregnancies, layoffs and suicides of their classmates await them.

At times when reading Stephen Markley’s debut novel, Ohio, I felt like I was reading a novel written for me.

Markley’s ability to draw the reader into the lives of New Canaan’s denizens blinded this reader to the plot he develops throughout the book, which comes together suddenly and brilliantly in the novel’s coda. He treats his characters with tender care, even while they drunkenly stagger through the drama of their adolescence and adulthood.

At times, I felt like I was reading a novel written for me. I grew up in and around the towns that New Canaan is based on. Stephen Markley grew up in Mount Vernon, Ohio. A neighboring town, Danville, is still a place where I can walk into a Kroger grocery store, have a stranger observe my wide nostrils and brown curls, and say to me, “You must be a Durbin” (my mother’s maiden name). When Markley’s characters reference memorizing the map of Wyandot Lake Water Park, I am 5 years old again, lost in that very park’s wave pool, scared and separated from my mother for the first time.

Proud and impoverished in the ‘Heartland’: an interview with Sarah Smarsh
Bill McGarvey

Markley has penned a love letter to my home and his—but anyone who has left their hometown for whatever reason will see their own home in this novel. Markley writes, “Even if you’ve traveled the world and seen better sunsets, better dawns, better storms—when you get that remembered glimpse of the fields and forests and rises and rivers of your home meeting the horizon, your jaw will tighten.” Do not be mistaken—this is not a novel filled with sentimentality or nostalgia. It is filled with flawed characters and takes the reader deep into the heart of evil. But buried underneath the regrets, sorrows and sins of his characters, Markley surfaces an undying kernel of hope.

I sat at my desk in Manhattan while writing this review, when I flipped through the novel and found the “About the Author” page. I read the last line and haven’t stopped thinking about it since: “He lives in Los Angeles.”

This article also appeared in print, under the headline “Stuck in the middle,” in the December 10, 2018, issue.

Zac Davis is an associate editor for digital strategy at America and a host of Jesuitical, a podcast for young Catholics. He was named the 2017 Multimedia Journalist of the Year by the Catholic Press Association.