Proud and impoverished in the ‘Heartland’: an interview with Sarah Smarsh 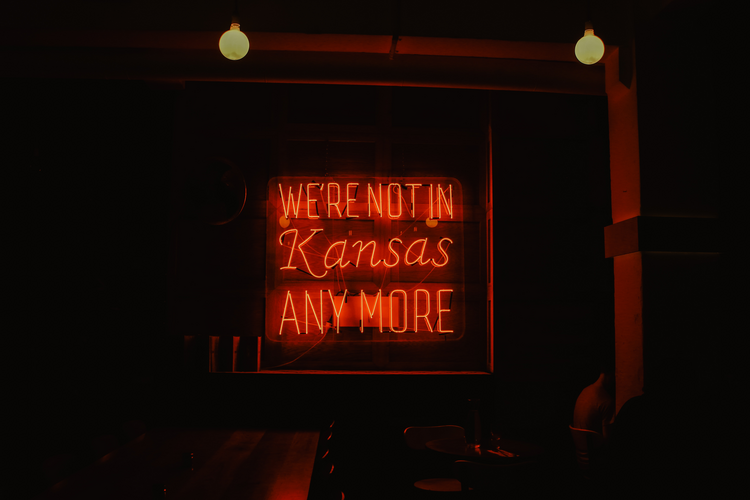 Photo by madeleine ragsdale on Unsplash

“I thus was the proverbial teen pregnancy, my very existence the mark of poverty,” writes Sarah Smarsh about her mother’s discovery at 17 that she was pregnant with her. “I was in a poor girl’s lining like a penny in a purse—not worth much, according to the economy, but kept in production.” It is a story that was all too common for generations of women in her family and one that she tells with fierce love and honesty in Heartland: A Memoir of Working Hard and Being Broke in the Richest Country on Earth, recently named a finalist for the National Book Award.

Smarsh, 38, a self-described fifth generation Kansas farm girl, was the first person from her farmhouse to finish high school. The fact that she graduated college, earned an M.F.A. from Columbia University and a fellowship at Harvard on her way to becoming a full-time writer could easily have constituted a certain type of story. Which is to say, in lesser hands, Heartland might have become a variation on a beloved American cliché: “small town girl makes good.”

Instead, Smarsh’s story encompasses generations. Heartland is a chronicle of lives and places; a story of the women and men on the lower end of the working class in rural Kansas who nurtured, challenged and continue to inform her own story. It is the story of her maternal grandmother, Betty, now in her 70s, who was married eight times and was a second mother to Smarsh. It is the story of her own mother Jeannie, who—with Betty at the helm—lived at 48 different addresses across the middle of the United States before she started high school. It is about Smarsh’s father, Nick, a fourth-generation Kansas wheat farmer who now works construction across the Midwest and South. It is also about August, the imaginary daughter Smarsh addresses much of her memoir to, who embodies her younger self’s determined resolve to break the cycle of teen pregnancy and poverty she was born into.

“We certainly didn’t pity ourselves and we probably didn’t really think [the term poor] applied to us,” Smarsh told me in a recent interview. “The reason being we had enough to eat and we had a roof over our heads and as far as we were concerned that was not the stuff of complaints.” Still it was difficult not to notice how precarious her family’s economic circumstances were in comparison to classmates at the University of Kansas where she paid her own way by working multiple jobs.

Heartland is a chronicle of lives and places; a story of the women and men who nurtured, challenged and continue to inform her own story.

Even with her own growing self-awareness, Smarsh’s ability to piece together this generational odyssey was also challenged by the fact that self-disclosure is an alien impulse among her extended family. “I wouldn’t say it’s really a family of secrets,” she said. “It’s more of a family of people who by way of culture and class don’t talk about themselves. And no one asks and they don’t say.”

In these hyper-partisan times, Heartland could mistakenly be lumped in with books like J. D. Vance’s “Hillbilly Elegy,” as part of an artificially constructed genre of literature that might euphemistically be described as “dispatches from places Americans on the coasts don’t know/understand.” A media category that has more to do with divining future election outcomes in times of panic and color-coding America red and blue than it does actual understanding.  Actual understanding would require us to discuss notions of class—a topic that Americans have been allergic to for generations.

Review: In ‘Fahrenheit 11/9,’ Michael Moore asks the heartland to deliver us from Trump
Robert David Sullivan

“These words that we use about class and place…have gone unexamined in the American vernacular for so long that people don’t even realize what they’re doing,” said Smarsh. Much of her writing over the past few years has dealt with challenging the idea of “Trump country,” a reductive term that she said “patently erases millions of people in those states who did not vote for or support the president.”

Class is the subtext to everything in Heartland and can be a useful if bloodless socioeconomic descriptor that is helpful on some levels. But ultimately it’s an abstraction used to facilitate intellectual transactions or frameworks of one sort or another—conceptual, regional, ideological, financial, political, etc. Smarsh’s rendering of her family’s story is too nuanced to be confused with simplistic ideology. It is instead filled with flesh, blood and deep experience, the hard data of an inescapable reality that transcends ideology.

Cornell University Professor Eric Cheyfitz reflects on what he calls “the limits of capitalism’s imagination” in his recent book, The Disinformation Age: The Collapse of Liberal Democracy in the United States. Describing it as a belief system that has exhausted itself and—along with the notion of the “American dream”—lost its reference point in the real world.

For decades, Americans have subscribed to the belief that the “invisible hand of the market” is somehow blind and impartial like Lady Justice and that markets are fair, just and self-correcting. It is a delusion that enables us to apply benign terms like “downturn,” “shift” and “gig economy” to market narratives without recognizing the countless lives falling through the cracks behind those storylines.

Class is the subtext to everything in Heartland.

This persistent poverty of the working poor in the United States is a reality we resist acknowledging because it forces us to question this fantasy at the center of modern American life.

No imagination is necessary though to put names and faces on the existential reality behind the lives described in Heartland. Sarah Smarsh shows us that at the limits of capitalism’s imagination is where we will find the stories of her own family who, like millions of other Americans reside in the ever-widening gap between the American dream and the American reality.