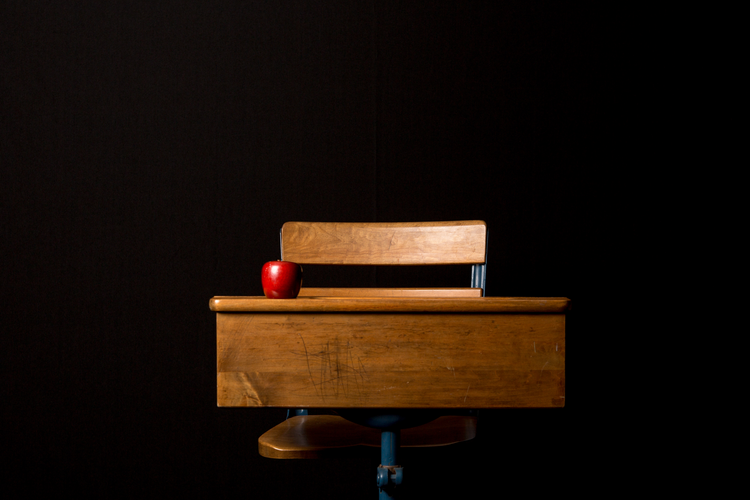 Photo by JJ Thompson on Unsplash

The question of vocation is one teachers wrestle with every day. If vocation is a calling, it also carries the weight of calling others; and in the case of students, our attempts to call students to care about their education often prove futile. This quid pro quo is doubly complicated when those students are poor, living in an depopulated rural area or caught in a cycle of systemic racism, drugs, incarceration and violence.

The Hollywood solution to this scenario would be to send in a heroic teacher whose passion for her subject would inspire the students. The reality presented in Michelle Kuo’s Reading With Patrick: a Teacher, a Student, and a Life-Changing Friendship is a more honest and complicated one. Kuo, fresh out of Harvard when she arrives in Helena, Ark., as part of the Teach for America program, is clearly passionate about teaching reading and writing. She will also be tested. “I believed books could change the lives of my students,” she writes. “It was unabashedly romantic. I was twenty-two.”

Of the difficult circumstances her students face, Kuo is most familiar with racism. As the child of Taiwanese immigrants, Kuo knows that, like her black students in Arkansas, Asian Americans are not really considered American because “our faces give it away.” Most of Kuo’s students have never met an Asian person. Many have never been outside of Helena, with its population of 6,000, its shuttered stores and abandoned factories.

Kuo’s two years in Helena take up the first half of her book. The Teach for America program has come under criticism in recent years because so many well-intentioned young teachers like Kuo are thrown into underserved schools with little preparation. Kuo’s school is a dumping ground for the worst students in the district, staffed by largely ineffectual teachers and administrators counting the days to retirement or transfer to another school. The attrition rate is high.

Inspired by the writing of James Baldwin, Frederick Douglass and Malcolm X, Kuo hopes to get her students engaged in reading and writing. But their circumstances are so difficult that caring about anything beyond day-to-day survival is a challenge. As she writes, “I began to speculate that the modern Delta did not exist in the American consciousness because it disturbed the mind.” In the black diaspora, millions of former slaves fanned out across the country, building new lives in Detroit, Chicago, Oakland. In Helena, however, Kuo’s students are “descended from the people who had been left behind.”

But one student soon makes Kuo curious. Patrick is quiet, a peacemaker, and so receptive to reading and writing that teaching him is like throwing a match into gasoline. “There are just certain kids,” Kuo says of Patrick, “for whom you bring all your hope.” Patrick and Kuo begin to form a bond when they discover they are both passionate readers. As Baldwin once wrote, “It was books that taught me that the things that tormented me most were the very things that connected me with all the people who were alive, who had ever been alive.”

But Kuo’s two years in the Delta come to an abrupt end when her Teach for America contract runs out. Hoping to make a greater difference than she thinks she can make in a classroom, Kuo applies to law school, also feeling pressure from her immigrant parents to conform to their idea of success.

Within just a few years of Kuo’s departure, quiet, shy Patrick is incarcerated. A friend of his sister attacks Patrick on their front porch and, during the ensuing fight, the other man dies. Patrick has a valid claim for self-defense, but Patrick is also a black man caught up in the American judicial system. Kuo, as a law student, is by now familiar enough with jurisprudence to understand that if she returns to Helena, she can help with Patrick’s case. But more important, she understands that the imprisoned rarely receive any sort of education. When she visits him in jail, Patrick thanks her “without expecting me to come back.” Kuo postpones plans to work at a legal nonprofit in California and moves back to Helena.

The teaching that takes place in the latter half of Kuo’s book is different. There is no classroom and no set curriculum. One on one, she and Patrick first make their way through C. S. Lewis’s The Lion, The Witch and the Wardrobe. She realizes Patrick may not be a murderer, but he is not perfect. He tricks her into smuggling marijuana into the jail. He has fathered a child and feels guilty about their separation. He misses his family but discourages them from visiting. Patrick identifies the most with Edmund in Lewis’s novel, the character who betrays his siblings but recognizes his mistakes and works to rectify them. But his reading skills have quickly deteriorated since his time in Kuo’s classroom. Patrick, like many of Kuo’s other students, dropped out after the tenth grade.

Kuo begins to challenge Patrick with more difficult books and finds that he responds most strongly to poetry and epistolary reading and writing. Patrick is deeply Christian and has a strong sense of right and wrong. He begins to write letters to his daughter, long and elaborate letters rich with imagery and metaphors for their separation as an act of contrition for not being present to her.

It is in Baldwin’s letter to his nephew from The Fire Next Time that Patrick finds a deep connection, telling Kuo that Baldwin is “real.” After a few months working with Patrick again, Kuo writes “he had come so far, but what struck me then and for many years afterwards was how little I had done for him,” because “so little was required for him to develop intellectually”; and yet in the United States “these things were rarely supplied.”

Patrick is eventually released from prison, but mass incarceration’s impact on black men has a long tail. Patrick will struggle to find work because of the felony on his record. He may score highly on placement tests for junior college, but he will face challenges for the rest of his life. To her credit, Kuo does not gloss over this. But she sees hope in Patrick, hope that does not evaporate.

Kuo eventually finishes law school and becomes a lawyer. In many ways, however, her lifelong job is to be a teacher: not just of Patrick and her students in Helena, but of us, as readers, because Kuo understands that teaching is a daily act of self-transformation, negotiation and witnessing. But mostly, as she writes, like all vocations, teaching is an act of trust:

...to know a person as a student is to know him always as a student; to sense deeply his striving and in his striving to sense your own. It is to watch, and then have difficulty forgetting, a student wrench himself into shape, like a character from Ovid, his body twisting and contorting, from one creature to another, submitting, finally, to the task of full transformation. Why? Because he trusts you; because he prefers the feel of this newer self; because he hopes you will make this change last.