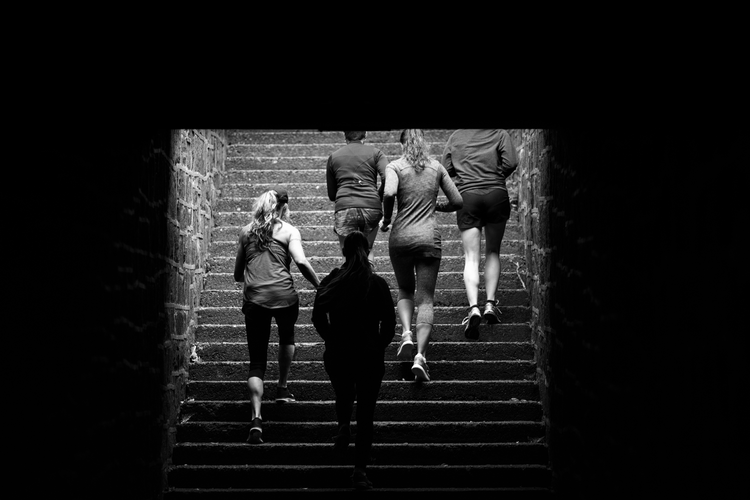 Meet Coss Marte, our guest this week. After being arrested at 19 for running a multimillion dollar drug trade in New York City, Coss was sent to prison. There, doctors told him that his health problems and weight could kill him within a few years.

After dropping 70 pounds in six months, and helping train other convicts to make dramatic changes, Coss also experienced a religious revival in a moment of desperation.

Now Coss is the head of ConBody: a gym that offers prison-style bootcamp classes taught by formerly incarcerated trainers.

We’ll be talking with Coss about how ConBody was developed, how his faith helped him while incarcerated and his prison reform activism. After, we’ve got consolations and desolations, where we tell you where we did or didn’t find God this week.

No coins in the fountain? Vatican closes spigot as Rome drought continues

Orange Order members told 'don't use RIP - it's too Catholic'

Over 7,000 Catholic Sisters in all 50 states oppose ACA repeal because healthcare is a human right

After protests over Satanic memorial, city nixes all religious symbols

1
Older Catholics: We need to talk about our sex lives
Valerie Schultz
2
Catholic parishes in Germany to include gay and lesbian couples in planned ‘blessing services for lovers’
3
‘He loved my Cajun jokes!’ Sister Helen Prejean on Daniel Berrigan
Helen Prejean, C.S.J.
4
Review: Melinda Gates and her struggles with the Catholic Church
Emma Winters
5
Read: Pope Francis’ May prayer to Mary for the end of the pandemic
Pope Francis