'Lincoln in the Bardo': Between heaven and hell, a half-lit existence

'Lincoln in the Bardo': Between heaven and hell, a half-lit existence 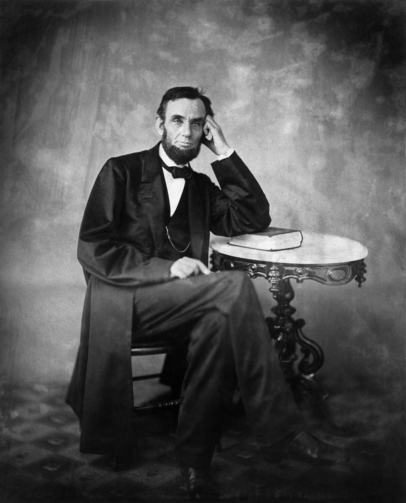 It is unclear at first blush, or even second, that George Saunders’s first novel, Lincoln in the Bardo, is actually a novel. Flip through the book, and it looks like a play, or perhaps an epic poem. Start to read, and it metamorphoses into something oddly shaped and vaguely antique, a necklace discovered at an antebellum estate sale, rustic pearls of dialogue and historical baubles gracefully strung across 343 pages of a sometimes fleshy, violent storyline. And never mind a play: It would have to be a movie. Given the number of levitations, transformations and transmigrations, the special effects would be spectacular.

Lincoln in the Bardoby George Saunders

But on second thought, or third, perhaps it is a novel. Conventional thinking—though Lincoln in the Bardo is anything but conventional—says that characters in a novel have to grow, learn, to experience some kind of epic realization. And they certainly do. The uncertain souls involved have to come to terms with what we readers know from the start, and which is no small matter: They are not “sick,” as they keep insisting. They are dead.

The book boasts a Bruegel-esque array of characters—refined, vulgar, saintly, criminal—but the Lincoln of the title is, no surprise, the 16th president of the United States. The Bardo—the term is Tibetan for the place, or space, between life and its aftermath—is in this case a Washington, D.C., cemetery circa 1862, occupied by, among others, Willie Lincoln, the president’s beloved 11-year-old son, who died of typhoid fever not long after his father started waging his Civil War.

Willie, as someone recalls (from among the many chunks of actual historical writing Saunders plucks from American literature’s ocean of Lincoln-iana, and scatters throughout the book), was the kind of child people imagine their children will be. The reader will actively mourn Willie, who was by all accounts a gentle, mischievous, sweet-natured boy who died far too young.

No one feels this more than his father, nor mourns him harder. The portrait of the president—acutely aware that through the war he is visiting on hundreds of thousands the almost unbearable grief he is feeling himself—is so monumentally sorrowful it will cause the reader to rest the book on his or her chest and take a breath. This is not because Saunders puts so many sorrowful words into Lincoln’s mouth. Rather—and this is true of much of the book—it is because the constraints of the antique diction Saunders gives his characters, as well as the overly cautious respect that chroniclers afforded Lincoln in the contemporaneous historical excerpts, are not enough to hold back the enormity of feeling Lincoln evoked in those writers who watched him mourn. The emotion overflows the style; the second-person accounts become more poignant than any first-person testimony could possibly be.

There is a germ of historical truth that serves as the foundation of the entire novel (O.K., it is a novel). Lincoln’s colossal mourning became a kind of mania. In the days following Willie’s death—which occurs off-screen, so to speak, and rightly so—Lincoln returned to the graveyard in the night, visiting Willie in his crypt, cradling the body in his arms. In Lincoln in the Bardo, this brings some comfort to the man, less to the boy, who watches, frustrated by his inability to reach his father. But it thoroughly amazes the population of the Bardo: They have never seen this happen, the living visiting the...well, dead is not a word they use. They swarm Willie upon his father’s departure, trying to learn something. It has given them hope, which is an epic cruelty in itself.

They are in that quaint place, limbo—though what keeps them there, ironically enough, is their own free will, or in some cases obstinance.

They are in that quaint place, limbo—though what keeps them there, ironically enough, is their own free will, or in some cases obstinance. Or fear: The crimes in their past are sometimes minor, sometimes awful; a half-lit existence, they seem to think, might be better than the alternatives that lie beyond. The Joycean “matterlightblooming phenomenon” that serves as an overture to a Bardo inhabitant’s departure from the cemetery inspire awe and dread: Where do these souls go? Bardo-ites are unsure they lived well, so they refuse to admit their status, though they can leave at any time—for Paradise (it seems like Paradise, in Saunders’s baroque description) or for a Hell that would make Dante proud. God is silent about the alternatives, though he might respond if asked. He never is.

"I Walk Slowly, But I Never Walk Backward": The Humanity of Abraham Lincoln
Joseph McAuley

Among Saunders’s many gifts (his vaunted short-story collections include Pastoralia and Tenth of December) is one for gracefully teasing out information in a manner that provides curiosity and suspense and resolve into revelations. The inhabitants of the Bardo, like its longtime residents Hans Vollman and Roger Bevins III, do not reveal more than they want to about their painfully interrupted lives—Bevins, for instance, who was gay and committed suicide over a lost love, and still thinks he is on the floor of his family home, waiting to be discovered, worried about the mess his mother will find. Vollman, a 46-year-old newlywed who was about the consummate his marriage, was interrupted when a beam dropped from the ceiling. He describes the odd experience of being laid out in the parlor, with no one listening to his pleas.

They’re kidding themselves. And, as Saunders might say, aren’t we all? What Willie, in his youth and naïveté, provides these hardened veterans of Limbo—and their audience—is a catalyzing element that upends a darkened corner of the afterlife, and the mind, and slaps self-deluders in the face. In the process, he pulls together a book that is rich in riotous, terrible, spiritually disturbing moments, gathered from both the living and the dead.

This article also appeared in print, under the headline “Between heaven and hell, a half-lit existence,” in the Spring Literary Review 2017, issue.

John Anderson is a film critic and frequent contributor to America.