The U.S. Bishops should find ways to collaborate with Joe Biden (and not alienate him)

The U.S. Bishops should find ways to collaborate with Joe Biden (and not alienate him) 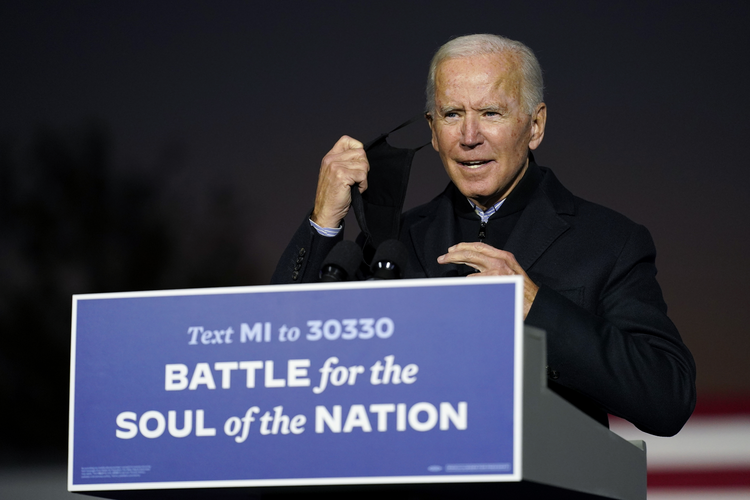 President-elect Joseph R. Biden Jr. will be only the second Catholic leader of the United States, after John F. Kennedy some 60 years ago. His presidency will bring new opportunities for the government and the church to work together on issues important to Catholic social teaching, including immigration reform, refugee protection, anti-poverty measures, racial justice, climate change, international development and global peace.

But the issue of abortion could inhibit collaboration in these other areas. During his long career in the U.S. Senate, Mr. Biden was more moderate on abortion than many other Democrats. As presidential nominee and as the leader of the Democratic Party, he took a more inflexible position, and as president, he will likely remain on the opposite side of the U.S. bishops on this issue. He will be aware that the left wing of his party is watching him closely.

The bishops need not pull their political punches on abortion. They should be careful, however, not to alienate Mr. Biden to the point of jeopardizing cooperation on other issues.

Mr. Biden will almost certainly follow the example of previous Democratic presidents and revoke the “Mexico City policy,” which prohibits the United States from funding international organizations that pay for abortions, probably during his first week on the job. In a change from his earlier position as a senator, he now supports ending the long practice of adding the Hyde Amendment—which limits public funding of abortion except in cases of rape, incest and saving the life of the mother—to federal spending bills. And if he has an opportunity to nominate justices to the Supreme Court, he will no doubt pick judges who support the Roe v. Wade decision that legalized abortion.

Certainly, the U.S. bishops should strongly oppose these policies (they do not take positions on judges) and appeal to Mr. Biden not to implement them. They need not pull their political punches on this score. They should be careful, however, not to alienate Mr. Biden to the point of jeopardizing cooperation on other issues of importance to the church.

It should go without saying that using the sacrament of Communion as a political weapon should be strongly discouraged, if not prohibited, by the bishops. It is counterproductive and puts the clergy on a slippery moral slope. If Mr. Biden is denied Communion, should the same happen to the millions of Catholics who voted for him? Publicly questioning Mr. Biden’s moral standing in the church would be shortsighted and inconsistent with the example of Jesus in the Gospels, who preached and gave reconciliation.

Mr. Biden should work to find common ground with the U.S. bishops and, in some cases, be willing to take a political risk on their behalf.

Mr. Biden also must do his part to work constructively with the U.S. bishops. As president, he must respect and consider the opinions of all U.S. citizens, including fellow Catholics. And as a Catholic, he must respect the views of the church hierarchy and not simply dismiss them, as some politicians do. He should work to find common ground with them and, in some cases, be willing to take a political risk on their behalf.

One policy area of contention in the Obama era was, of course, religious freedom—in particular whether nonprofits and other employers could opt out, on the grounds of religious objections, of providing employees with health insurance that covers contraception and abortion. Despite recent Supreme Court rulings favoring the right of faith organizations in this regard, this issue could emerge again. Mr. Biden should work to protect the rights of faith organizations.

There are also grounds for collaboration with the church in safety net programs and tax policy, including incentives for adoption, funding for child care, the provision of care for pregnant women, and expanded health insurance coverage for prenatal care and nutrition. Not coincidentally, this agenda could help to reduce the number of abortions in the United States.

Mr. Biden also must keep in mind that not all Catholics, or Catholic priests and bishops, are alike. As he has no doubt already realized, he could be denied Communion by one priest or be publicly criticized by one bishop, but this does not mean that all priests and bishops are of the same mind. Far from it.

Finally, in order to facilitate collaboration and communication with the U.S. bishops, Mr. Biden should avoid pitting one part of the church against the other, such as women religious against the bishops—a tactic used during the Obama administration in the fight to pass the Affordable Care Act. We all worship at Mass together.

I am proud that a fellow Catholic will soon occupy the Oval Office for only the second time in U.S. history. I am even more proud that the idea of a Catholic president is not controversial, as it was 60 years ago. As Catholics, we should try not to make it a controversial issue again—this time because of our own public disagreements.

Mr. Biden’s presidency represents a historic opportunity for the U.S. bishops—and the Catholic community as a whole—to work with a Catholic president to advance social justice in this country. We should seize the moment. One is better heard whispering in an ear than shouting from afar.

More Stories from America:
– Joe Biden said now is the time to heal. But what if Americans don’t want reconciliation?
– Joe Biden thanked Pope Francis for ‘extending blessings and congratulations’ this morning
– Joe Biden has a mandate: to heal our wounded and divided nation

This article also appeared in print, under the headline “Biden and the Bishops,” in the December 2020, issue.