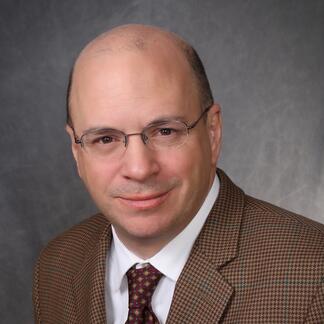 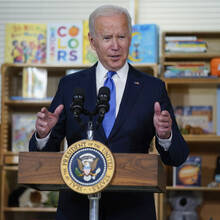 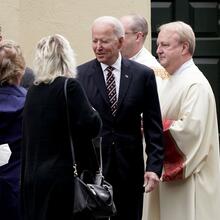 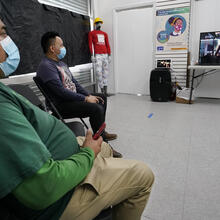 Politics & SocietyShort Take
Catholics should work with Biden to get his immigration reform bill passed.
J. Kevin ApplebyJanuary 21, 2021
President Joe Biden has restarted the debate over immigration with a sweeping reform bill. Passage will not be easy, but the Catholic community can help achieve a long-overdue victory. 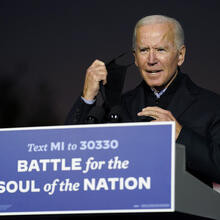 Politics & SocietyLast Take
The U.S. bishops should find ways to collaborate with Joe Biden (and not alienate him)
J. Kevin ApplebyNovember 16, 2020
As only the second Catholic president, Joe Biden can renew communication and collaboration with church leaders, writes J. Kevin Appleby. But only if mutual respect prevails. 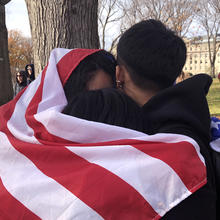 Politics & SocietyShort Take
A Catholic’s immigration wish list
J. Kevin ApplebyDecember 12, 2017
The Trump administration has made clear its principles on immigration; Catholics should answer with a list of ways to reform the system with fairness and humanity. 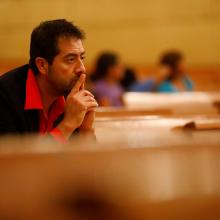 Politics & SocietyShort Take
All U.S. Catholics are called to oppose mass deportations under Trump. Here’s why.
J. Kevin ApplebyJuly 31, 2017
Bishops must lead by example and facilitate the involvement of Catholics in supporting vulnerable immigrant families. 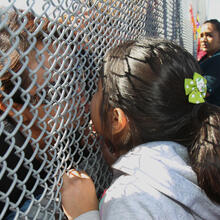 Politics & Society
Pope Francis’ border policy: it’s more complicated than you think.
J. Kevin ApplebyFebruary 16, 2016
The Catholic Church acknowledges and supports the right of nations to control their borders and to enforce their laws. 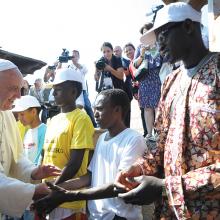 How Pope Francis focuses world attention on migrants
J. Kevin ApplebyJune 24, 2015
A hallmark of Pope Francis’ papacy has been his ability to focus the attention of the church and the world on human beings who live on the margins of society. In no area has he accomplished this more profoundly and effectively than in defending the rights of persons on the move—immigrant
Politics & SocietyBooks
Welcome the Stranger
J. Kevin ApplebyAugust 04, 2008
Missing from most of the national immigration debate has been the humanitarian aspects of the migration phenomenon. 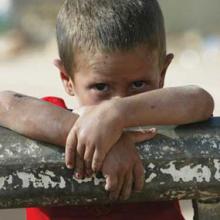 Lost Nation: The plight of five million displaced Iraqis
J. Kevin ApplebyJune 09, 2008
One of the least reported stories of the Iraq war is the story of the humanitarian crisis it has spawned. While the media have covered the military debates, the fighting, the lives of soldiers and the politics surrounding the war, they have left largely untold the stories of close to five million di