What Vatican II did for the relationship between faith and science 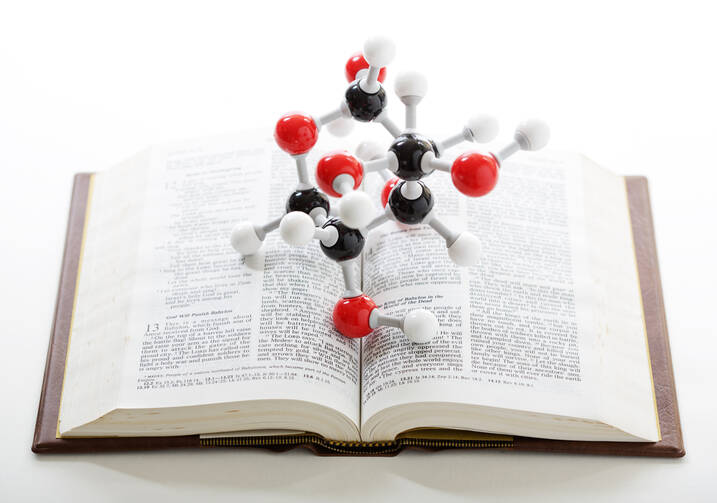 Dr. Valerie Miké first met Ladislas Orsy, S.J., in the 1960s in New York City, when she was a graduate student at New York University and active at its Catholic Center.

Inspired by Teilhard de Chardin, she and some friends had founded an organization they named “OMEGA—an open community to explore the dimensions of faith in our time.” Run by graduate students, OMEGA’s program featured lecture series that drew large audiences. The Second Vatican Council in Rome and its aftermath had created great interest but also concern over what was happening in the church.

The Mass on the Worldby Richard J. Pendergast; ed. by Valerie Miké

To discuss some of the major issues the council addressed, OMEGA planned a weekend Kirchentag (a term then in use for an open, interactive study of events in the church) called “The Church in the Modern World.” Father Orsy, the Hungarian-born Jesuit and noted canon law expert who turned 101 in 2022, had attended Vatican II. At the time of the OMEGA Kirchentag, he was in New York and agreed to be the speaker and discussion leader. Dr. Miké, also Hungarian-born, provided the transportation, driving Father Orsy from Fordham University to the Cenacle retreat house in Lake Ronkonkoma, Long Island, for the weekend of March 31 to April 2, 1967. As Dr. Miké recalls:

I remember the calm, serene tone in which Father Orsy spoke of the events of the Council and their significance, presenting the challenges and promise that lay ahead for coming generations. He addressed in broad context the questions posed to him. Our young people responded. As the meeting ran its course, there was lively interaction in a spirit of joy expressed in beautiful liturgy. The weekend with Father Orsy was one of the memorable events of my OMEGA years.

After Dr. Miké received her Ph.D. in mathematics at N.Y.U., she joined the faculty of Cornell University at its medical school. Pursuing her interest in faith-science issues, she found a long-term collaborator in the Jesuit physicist Richard J. Pendergast, who also knew Father Orsy and often consulted him in canon law matters. With the fall of communism in Europe, Dr. Miké undertook research in Hungary for a biography of her father, whose work had involved Christian social justice initiatives, and Father Orsy aided her in numerous ways.

Father Pendergast desired to synthesize faith and reason, theology and science, to speak in a language intelligible to our technological age.

When Father Pendergast died in 2012, leaving some book manuscripts in her care, Father Orsy urged Dr. Miké, now a professor emerita of Weill Medical College of Cornell University and president of the Ethics of Evidence Foundation, to seek a publisher for Father Pendergast’s work. He helped Dr. Miké pursue publication options and guided her in obtaining a shared copyright with the Society of Jesus. Dr. Miké became the editor of A Christian Cosmology, a six-volume work by Father Pendergast, of which volumes one and six have recently been published by Herder & Herder.

In July 2022, I had the honor to meet with Father Orsy two days before his 101st birthday. Although we had never met before, I felt like I knew him from studying his numerous articles and books. Through his writing, Father Orsy had introduced me to a wonderful synopsis of what he called “the new attitude” introduced by Vatican II.

For Father Orsy, there were two approaches to interpreting the council. One was to see it as a past event that left us a body of documents to be read, studied, interpreted and implemented. This approach saw the council as an event finished and complete that only has to be studied and obeyed. The second sees the council, as Father Orsy puts it in his book Theology and Canon Law, as an event marking “the beginning of a new movement.” Beyond the constitutions, decrees and statutes was the dynamic process of consultations, reflection, revision and argumentation that went into their development. For Father Orsy, the latter is as important, if not more, than the former.

Now, more than 50 years after Vatican II, I believe the church is coming to see that implementing the council requires a “both/and” approach. Of course, the actual documents provide us with authentic magisterial teaching now codified in such documents as the 1983 Code of Canon Law and the Catechism of the Catholic Church. However, the council also called the church into a new modus operandi of encounter and dialogue and accompaniment. The current Synod on Synodality can be seen as a reflection of this “fresh, spiritual way of thinking” (Eph 4:23). The church needs both the authoritative teaching of the council and its new way of openness to the world.

In a similar way to what Dr. Miké learned in the 1960s, Father Orsy’s insistence on a both/and approach is so needed today in the relationship between science and religious faith. The youngest generation of college-educated people are rejecting religious belief, membership and practice at an alarming rate. The fact that many church leaders seem unconcerned by this fact is even more alarming.

One of the main reasons I converted to Catholicism was its complete compatibility, respect for and support of genuine scientific inquiry.

One reason that young people give for rejecting religious belief is their belief in science and its seeming conflict with religious belief. Of course, nothing in the Catholic faith is incompatible with authentic scientific truth—my first degree is in physics, and one of the main reasons I converted to Catholicism was its complete compatibility, respect for and support of genuine scientific inquiry.

But for many young people today, there has not been an adequate explanation demonstrating this compatibility. We state again and again that faith and reason are compatible and complementary, but where are the apologetics and theologies to demonstrate it to be so?

Fortunately, Father Pendergast’s volumes offer just such a demonstration. As I wrote in endorsing these volumes:

In our age, science is revealing to us, even more, the true grandeur of God’s design. Writing in the spirit of Pope St. John Paul II’s teaching on science, philosophy, and theology in a common quest for understanding, Richard Pendergast undertook the development of a Christian cosmology based on reality as process, to replace the medieval static worldview. This is the fascinating lifetime work of a Catholic priest-scientist, an original thinker who has opened pathways for generations to follow and explore.

While there may be other approaches, Father Pendergast’s desire to synthesize faith and reason, theology and science, to speak in a language intelligible to our technological age, is to be admired and emulated. His work is a must-read for anyone who wishes to evangelize the scientifically literate generations now being formed.

That two volumes of Father Pendergast’s work are already now available to the public was due in no small part to the faithful spiritual friendship of Dr. Valerie Miké with both Father Pendergast and Father Orsy. Her dedication, flowing out of her faith, facilitated by Father Orsy’s ready assistance from the start, has made available a resource that might well provide similar support to a new generation.

For this we have Father Orsy to thank. Blessings and prayers for him on turning 101. 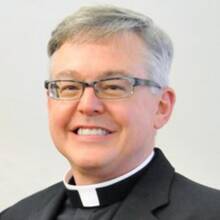 Monsignor Stuart W. Swetland, S.T.D., is the seventh president of Donnelly College and serves as the Vice President of the Ethics of Evidence Foundation.