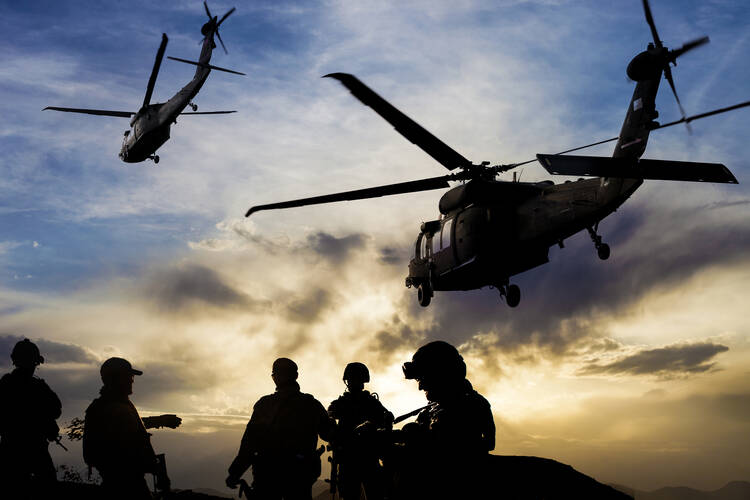 After the withdrawal of U.S. forces from Afghanistan in August 2021, and even more so since the outbreak of the war in Ukraine, the longest war in U.S. history has faded from popular consciousness. Even while the invasion and occupation of Afghanistan played out over 20 years, it was a war that operated in the background of American life. While many people may know somebody who served in the war, few had the experience of being deployed and even fewer of experiencing combat.

For most Americans, the war was an abstraction, something they knew a little about but not a topic they could speak intelligently about. And for Gen Z, the attacks of Sept. 11 and the ensuing wars are already historical events that may or may not have drawn their interest. It is this threat of being forgotten that has caused many writers to attempt to preserve some small piece of those 20 years in print. One of the latest attempts is Ben Kesling’s Bravo Company, a book that tells the story of a U.S. Army infantry company before, during and after a difficult deployment to Afghanistan in 2009.

Having served as an officer in an infantry company, I found myself agreeing with Kesling's account of the experience of soldiers before, during and after a deployment.

Kesling, a Marine veteran of both Afghanistan and Iraq, was inspired to write the book while writing a piece for The Wall Street Journal about a gathering of veterans from Bravo Company, 2nd Battalion, 508th Parachute Infantry Regiment, a distinguished unit known for producing the finest paratroopers in the world. The unit had suffered three deaths and several severe injuries during its time in Afghanistan. Many of the soldiers from the 2009 deployment suffered from traumatic brain injuries and P.T.S.D. along with other injuries. Kesling felt that he owed it to these soldiers to tell their story in a frank and unvarnished way—conveying the triumphs, horrors and pain that remained hidden from most Americans.

In large part, Kesling accomplishes his goal; the breadth and scale of the book are impressive. In just over 300 pages, Kesling fits in accounts from officers, N.C.O.s and enlisted men, as well as a few spouses, parents and medical professionals who dealt with the aftermath of Bravo Company’s deployment. He spends time explaining the geopolitical realities of the war and how those realities exerted influence down to the battalion and company level.

For those unacquainted with the politics of the Army or with military deployments, the information provides a context for understanding the strategic forces at play for commanders and enlisted men alike. Kesling’s description does not take sides. It does not praise nor judge political decisions but is instead an objective assessment of the situation.

The text can be graphic at times, describing in detail the effects of improvised explosive devices on young soldiers. Kesling does not seek to spare his readers from any of the bloody details; instead, he sometimes harps upon them, perhaps to drive home the point that what the men of Bravo Company faced was truly horrible. He explains at length what happens after a soldier triggers an I.E.D.—from the reaction of the soldiers on the ground to the arrival of a medevac helicopter to the long-term effects of the explosion. On occasion I wondered if Kesling was trying to shock his readers into paying closer attention.

Bravo Company’s primary strength is that it provides a window into a world most Americans know little about or wish did not exist.

Kesling’s most impressive feat in the book is describing the world and outlook of the U.S. Army soldier. Having served as an officer in an infantry company, I found myself agreeing with his account of the experience of soldiers before, during and after a deployment. While my experience was not anywhere near as trying as that of Bravo Company, I nonetheless was able to identify threads that tied my experience to theirs.

Throughout the book, Kesling alternates between two different voices, that of a Northwestern University-educated journalist and that of a foul-mouthed soldier, which at times can be hard to read. (To be fair, Kesling has experience at being both.) At one moment the book offers the perspective of a private in Bravo Company, almost inhabiting the person Kesling is describing. The author’s own experiences as a veteran of Iraq and Afghanistan give him access to the language of soldiers and Marines—he depicts the desire to be in combat, the shock of friends injured by I.E.D.s, the disconnect with people back home—but the language can be jarring at times, because the next sentence is that of an erudite and well-read observer. There were times when I liked the story but disliked the writing.

Kesling captures the personalities that are often found in an infantry unit: the young soldier eager to fight, the hardened veterans who both love and hate their jobs, the young officers struggling to deal with the immense responsibility placed on their shoulders. He describes well the inability of those same soldiers to convey their experiences to the people back home and the stigma that mental and physical injury can carry. The third part of the book, simply titled “After,” is the most touching; it humanizes many of the soldiers who in earlier pages came off as harsh.

Bravo Company’s primary strength is that it provides a window into a world most Americans know little about or wish did not exist. Many veterans struggle to put into words their experience and let those around them know about the difficulties encountered during those long 20 years in Afghanistan. Kesling’s text could be of great help to those who seek to better understand the experience of veterans and will serve as a historical record of one company during a difficult year in a war that often escaped national attention.

This article also appeared in print, under the headline “War, Up Close,” in the February 2023, issue. 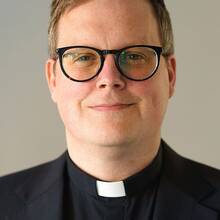 Sean Hagerty, S.J., is a priest who lives and works in New York. Before entering the Jesuits he served as an artillery officer in Iraq in 2008-09.

@openpublish
Show Comments ()
Join the conversation: Login or create an account
Before you can comment, you need to update your profile to include your first and last name, as required in our comments policy. Then reload this page and you'll be set up for commenting. Update your profile