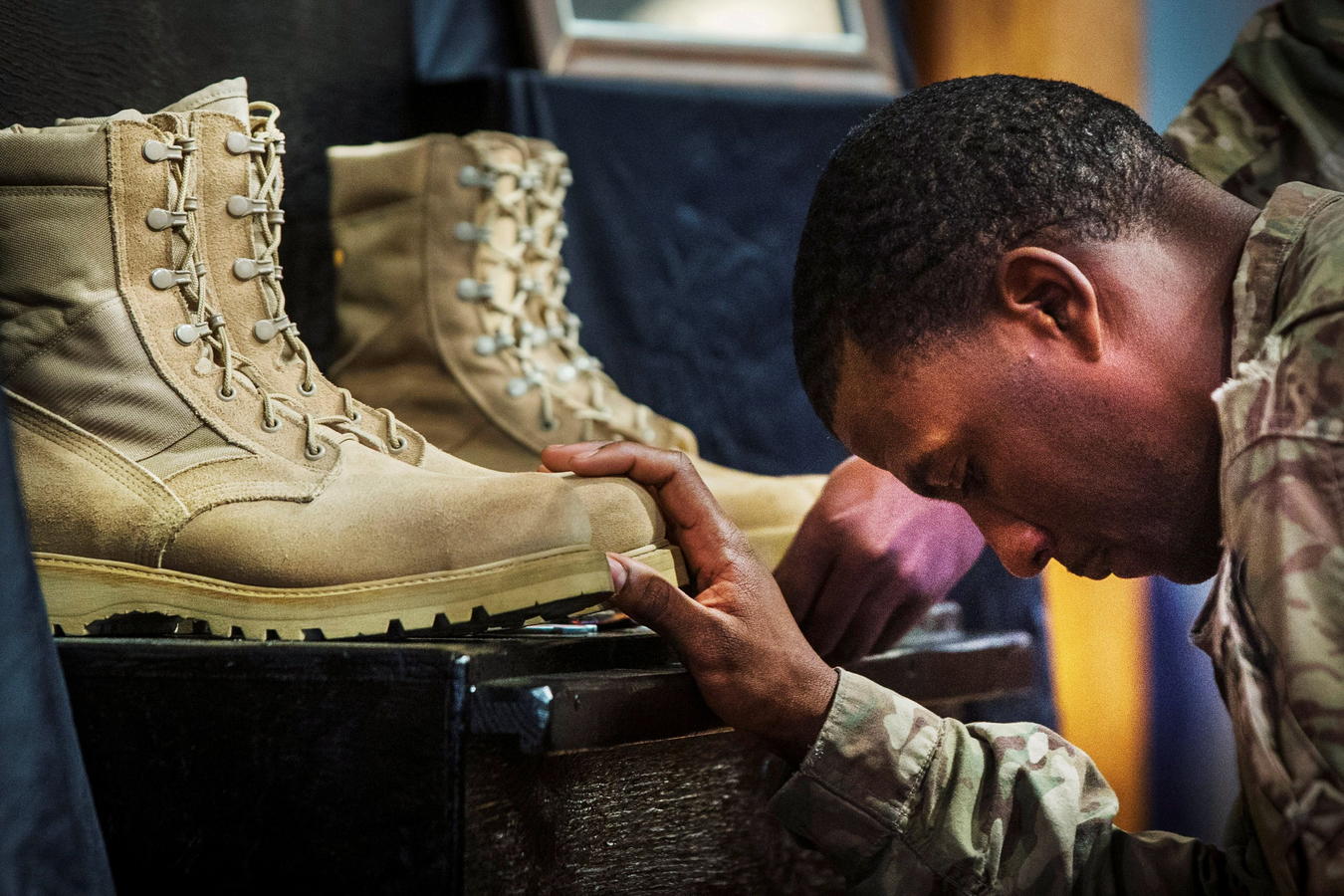 Most of us ignored the war in Afghanistan. What do we owe those who did not have that privilege?

I have learned many valuable lessons from accompanying a close family member through the better part of his 40 years of service in the U.S. armed forces. At the top of that list is the realization that when a man or woman puts on the uniform, his or her entire family serves, too. A life spent in the U.S. military is something more like a vocation than a job. The family of a soldier, sailor, flyer or Marine can no more divorce itself from that vocation than the spouse and children of a pastor can divorce themselves from the life of the congregation the pastor serves.

There are a lot of hot takes to be found today about the lessons to be drawn from the American debacle in Afghanistan, but I am mindful mostly of the families and friends of the soldiers of the United States and its allies who served during the last two decades—what they must be thinking and feeling—especially those whose loved ones did not come home.

The family of a soldier, sailor, flyer or Marine can no more divorce itself from that vocation than the spouse and children of a pastor can divorce themselves from the life of the congregation the pastor serves.

I have spent enough time in close proximity to military life to know that the men and women who serve are a more diverse bunch than you might think. Some of them no doubt blame President Biden for the way this has ended; some no doubt blame President Trump; some probably blame both. Like the rest of us, some might blame the Democrats or the Republicans or George W. Bush or the anti-“never-ending war” crowd or the isolationists or, and maybe particularly, the Taliban, or even the Afghan people themselves. Or some combination of any or all of the above.

You know who is missing from that list? Probably you; definitely me. It is not just “they”—whoever “they” happen to be—who need to examine their consciences and choices here. We do not each bear the same degree of responsibility for what has happened, and yet we all bear some responsibility. The war in Afghanistan was waged in your name—yours and mine—“we the people of the United States.” But the whole family did not go to war. Only some of us did, a relatively small number. At a minimum, we should ask how that affected us.

Did it affect the rest of us? Apart from those Americans who had a loved one or a family member who served in Afghanistan, how many of us were tangibly affected by this war—in ways that we can point to? Honestly, in the last 20 years, have you lost a single night’s sleep worrying about Afghanistan? A lot of Americans have, but most of us have not. Over two decades, how many newspaper stories about Afghanistan did you skip over because you were rushed or bored or weary? Did you vote in the last election with Afghanistan at the top of your mind? Probably not.

Honestly, in the last 20 years, have you lost a single night’s sleep worrying about Afghanistan? A lot of Americans have, but most of us have not.

I am told that there are a few cynical politicians in Washington who think that all of the drama and fury and recrimination of this week will come to nothing, at least in the political sense, because the majority of Americans ultimately do not care about what has happened—these cynics say—just as we did not much care for most of the last 20 years. And that means, in the judgment of these cynics, that we are not likely to exact an electoral price for this disaster.

Is that true? Do we hope that it is not true? Do the men and women who waged war in our name deserve some accounting, not to mention our allies and the Afghans who supported the American effort? If so, what might that accounting look like, not only in terms of what the national policy should be but the choices that we might make in our individual lives? Perhaps it is simply a choice to pay more attention or to find a way to support those who have borne the costs of war. Or perhaps it is something else. That much is up to each of us.

And I don’t mean to hector anyone. There have been enough self-righteous denunciations already. There is also plenty that I myself have done and have failed to do. The point of contrition, though, is not self-flagellation for its own sake but conversion to a new and better way of living. I am still thinking and praying about what that might look like in my life.

It is simply unconscionable that Americans should send our fellow citizens to fight and die in a decades-long war while the rest of us enjoy the luxury of not needing to bother with it.

And as for what we might do differently, together? Well, I cannot escape the feeling that whatever we do, we need to be a country in which the whole family serves or none of us do. Perhaps that is some form of mandatory national service. Perhaps it is a peacetime draft. Perhaps some other major cultural or formative shift. But the point is that when the country goes to war, the whole country needs to go to war. We all need to have a stake in it. If that makes wars less likely, then all the better.

What has happened in Afghanistan, and why, will be discussed and debated for decades, for centuries to come. But the question that you and I should seek to answer right now is not “What was the United States doing in Afghanistan these past 20 years,” but “What were you and I doing? What did you and I fail to do?”

For this much is clear: It is simply unconscionable that Americans should send our fellow citizens—our sons and daughters—to fight and die in a decades-long war while the rest of us enjoy the luxury of not needing to bother with it. That is a privilege we need to check.