Review: Two novels about women of laughter and resilience 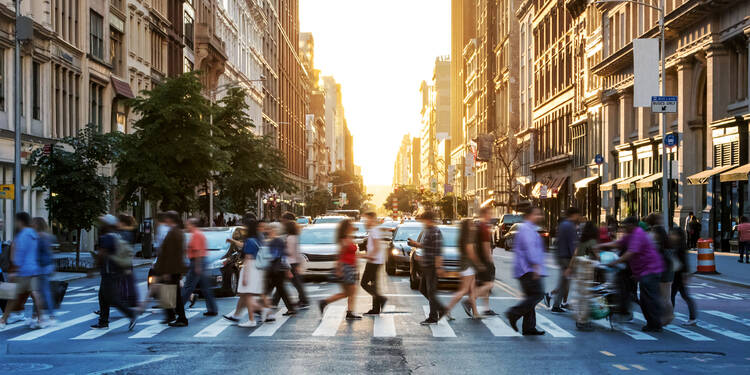 Michelle Gallen’s remarkable second novel, Factory Girls, begins in 1994 in a small Northern Irish town. Eighteen-year-old Maeve Murray applies for a job at a shirt factory while she waits for exam results that will determine whether she’ll be able to follow her dream of leaving her war-torn hometown to attend college in London. Another novel, Angie Cruz’s winning fourth book, How Not to Drown in a Glass of Water, opens on 56-year-old narrator Cara Romero, a Dominican immigrant to New York City who lost the lamp factory job she held for 25 years in the 2008 recession, as she starts attending sessions with a career counselor as part of the senior workforce program.

How Not to Drown in a Glass of Waterby Angie Cruz

Both women are smart, tough, hilarious survivors. When Maeve is given an “equal opportunities form” at the factory, she ticks boxes indicating the opposite of who she is: “‘Male,’ ‘Black,’ ‘Jewish,’ and ‘Lesbian,’” knowing the form is one “paramilitaries often battered office workers to get ahold of.” Meanwhile, when Cara is given an employment form that asks if she has ever committed a criminal offense, she answers, “Well…it depends.” Both women also depend on their moxie to hide a molten core of pain derived from devastating personal losses.

When Maeve interviews with the flashy English factory owner Andy Strawbridge, who is rumored to take advantage of his female employees, Strawbridge asks why he should hire her if she plans to leave town soon. Her response: “I’d say your labour doesn’t come much cheaper than teenage girls still living with their mammies.” Strawbridge hires Maeve, along with her best friends Caroline Jackson and Aoife O’Neill, giving her enough income to move into an apartment with Caroline and out of her parents’ home, which has stifled her with sadness since her sister’s death.

The girls have grown up in a Catholic community in Northern Ireland, enduring a childhood of paramilitary bombings that happen so regularly Maeve has a routine down: “Maeve’d learned early on to sit still after an explosion. She liked listening to her ears ring while her mam or dad scrambled to the phone box to call Granny Murray before the lines were cut by the Brits.” With media mostly reflecting British viewpoints, one of the main sources of accurate information for Catholics is the priest’s announcements after Mass—“last-minute announcements were usually something interesting or useful, like a sudden death or a bomb alert.”

These warm, wise novels—Factory Girls and How Not to Drown in a Glass of Water—suggest that rigidly following cultural norms can kill you.

The shirt factory receives financial incentives for mixing Catholics and Protestants in its workforce, bringing the teenagers in contact with the sort of people they’d never before encountered, except through the occasional “cross-community experience.” Clever Aoife doesn’t actually need to work, as she lives “in a fancy house with loving parents who could afford stuff like piano lessons, eating in fancy restaurants, holidays abroad, and patience,” and she expects to head to Cambridge after her exam results are in. Maeve, meanwhile, sees college as a path out of generational poverty. “There wasn’t a single shopkeeper, publican, priest, nun, teacher or doctor in Maeve’s family,” Gallen writes, “and looking at the cut of her brothers, there wasn’t much hope of one in the future. They couldn’t afford to buy their council house. Nobody as poor as Maeve could afford to have notions about herself. Which was why she treasured them.”

Factory Girls spans less than three months, but Maeve grows up rapidly during this period, as she becomes a crack shirt presser, nurtures a crush on Aoife’s brother and spends more time in the company of “Proddies.” Maeve feels a perplexing blend of attraction and revulsion toward her boss; he finds her promising, and gives her a copy of Dale Carnegie’s How to Win Friends and Influence People to teach her “how to speak English properly” and how not to “despise the English quite so openly.”

Maeve Murray is an absolute delight who “knew that even if she was mainlining the heroin, she’d never lose the big-boned look that lit a fire in the eye of the farmers drinking in Kelly’s bar after a good day at the mart.” This novel is so funny, rife with amusing slang, dry Northern Irish wit and Maeve’s bluster that when the emotional themes Gallen has carefully constructed from the outset wallop the reader with their full revelation, it hits like a sucker punch.

Maeve circles back on memories of her sister Deirdre, who never had a chance to recover from the trauma of a bombing, who left for college but was sexually assaulted, and who was taught to follow the example of their culture and keep quiet and carry on, only to become “the biggest, most spectacular failure in [their] family so far: Deirdre, who’d failed to keep breathing, which was all they ever wanted her to do.” In Factory Girls, Gallen demonstrates the ways that trauma compounds, and shows that pretending to be tough does nothing to erase it.

In How Not to Drown in a Glass of Water, Cara Romero also maintains a plucky demeanor that conceals past damage. She was raised under the same code of silence about suffering prevalent in Gallen’s Northern Ireland. Her younger sister tells her, “We must talk or else we will get sick. To hold things inside makes us sick.” But Cara demurs, “What am I going to do? I grew up different. If we don’t talk about something, it goes away.”

Cruz constructs the novel through a series of monologues Cara delivers as she completes a 12-week job counseling program, interspersed with bills, regulation notices, questionnaires, job descriptions, salon fliers and other documents that together build a mosaic of Cara’s life.

Cara left her harsh and unsupportive mother as a teen to marry a husband who was kind and faithful only until their son was born. The difficulty of her life in the Dominican Republic is underscored by an anecdote she tells about a time when the community was bracing for the impact of a hurricane: “The santeras lit their candles and sacrificed some animals, and the rest of us prayed to La Virgen de Altagracia, because even if she usually forgets about us, it’s better to have faith in something than nothing.”

Cara fled the Dominican Republic and came to America with her son to escape her husband’s violent wrath. They settled into a rent-stabilized apartment in Washington Heights, where her neighbors eventually became family. They look out for each other—and keep up on gossip—by watching the feed from the building’s lobby cameras on television.

Factory Girls and How Not to Drown in a Glass of Water demonstrate that laughter, friendship and loyalty can save you.

When she meets the job counselor—whom she describes as an “educated dominicana taking all those notes” and who remains mostly silent in the book—Cara has been out of work for two years. She has kept busy by caring for an elderly neighbor and watching her younger sister’s children. She introduces herself like this: “My name is Cara Romero, and I came to this country because my husband wanted to kill me. Don’t look so shocked. You’re the one who asked me to say something about myself.”

Gradually, in the course of answering the counselor’s questions, Cara shares her story, including the fact that her son Fernando has been gone for 10 years. “My son is not dead,” she explains. “He abandoned me. Maybe one day, si Dios quiere, I will tell you about Fernando.”

As Fernando grows up, Cara realizes he is gay, a word she cannot bring herself to say. “I was afraid that he was like that, soft,” she explains. “I wanted him to have an easy life. Simple. So I fight extra to make sure he’s strong.” She responded to his inclinations with ultimatums and on at least one occasion, violence. But after she drives Fernando away through trying to bend him straight, she realizes all she has lost in enforcing the unforgiving norms of the culture she was raised in. “I learned the difficult way that you have to be gentle with your children, or you can lose them forever.”

As funny as Cara’s monologues are—filled with pauses for lipstick application, assertions of exceptional powers (such as the ability to smell cancer and diabetes) and honest, inadvertently rude statements (“What age do you have? Thirty-five? Forty? Wait, I didn’t mean to offend. Of course, you look like a teenager.”)—they read like an extended confession for the times when she was not kind. Cara learns that habits and attitudes that enabled her to survive are maladaptive for her happiness. In the end, in this generous and lively book, Cara is forgiven and redeemed.

These warm, wise novels suggest that rigidly following cultural norms can kill you, if these norms dictate that a mother must harshly try to change her son to the point of driving him away, or that a person must keep quiet about traumas that demand to be shouted about. At the same time, Factory Girls and How Not to Drown in a Glass of Water demonstrate that laughter, friendship and loyalty can save you.

This article also appeared in print, under the headline “Women of Laughter and Resilience,” in the February 2023, issue.

Jenny Shank’s story collectionMixed Company won the Colorado Book Award and the George Garrett Fiction Prize, and her novel The Ringerwon the High Plains Book Award. She teaches in the Mile High M.F.A. program at Regis University in Denver.