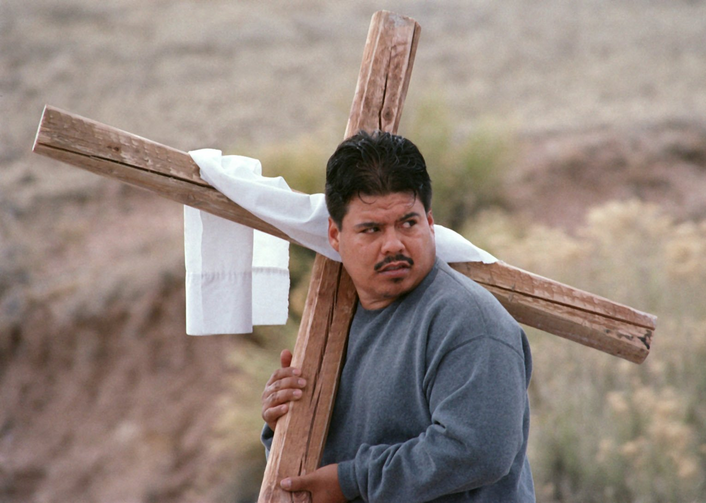 In 2009, Kirstin Valdez Quade published an arresting story in The New Yorker about a man named Amadeo Padilla, who was seeking redemption for his ne’er-do-well life by portraying Jesus in his New Mexico community’s annual penitente procession and crucifixion ritual. In her second book and first novel, The Five Wounds, Valdez Quade returns to that story and expands it into a tale of five generations of a Catholic family in New Mexico during the year of their fleeting overlap. While the short story dazzled with its humor, verve, bold use of Catholic imagery and shocking action, the novel settles in, lets the virtues and contradictions of its characters unfurl and offers profound insights about how the stability of even a tension-filled family can serve as a saving grace for each member.

When the book opens, Amadeo is 33, soon to carry the cross a mile up the “Calvario,” and he learns he is about to become a grandfather. Valdez Quade writes that he is “no silky-haired, rosy-cheeked, honey-eyed Jesus, no Jesus-of-the-children, Jesus-with-the-lambs. Amadeo is muscled, hair shaved close to a scalp scarred from teenage fights, roll of skin where skull meets neck.” As a teen, he fathered a daughter named Angel whose upbringing he scarcely participated in. But she shows up during Holy Week, 15 years old and pregnant, at the door of Amadeo’s mother’s house in the fictional town of Las Penas. It is a town steeped in traditions and family history, where you find “the same few surnames: Padilla, Martínez, Trujillo, García. Marriage and intermarriage like shuffling the same deck of cards.”

Amadeo has shirked his parenting duties; his driver’s license is suspended from multiple arrests for driving under the influence; he has earned no education beyond high school; and he has scarcely held a job. Yet his mother Yolanda loves him through all his transgressions, and she supports him with her government job in Santa Fe. Valdez Quade never portrays Amadeo as a callous lug, however. He is sensitive and introspective, if stubborn and undisciplined, knows exactly how badly he has screwed up his life and always yearns to embark on a more fruitful path. He moves through his days in a welter of good intentions that are never quite fulfilled. To give Amadeo some direction, Yolanda has asked her uncle, Tío Tíve, to accept Amadeo into the hermanidad, the brotherhood of men who prepare for their Holy Week re-enactment of the crucifixion through prayer and self-flagellation at the morada, a secret, sacred empty lot that was once the site of a gas station.

Kirstin Valdez Quade's The Five Wounds is a story about living with the consequences of choices and actions.

Amadeo takes his role seriously. At first he is annoyed that Angel has turned up now, when he is focusing all his concentration on the physical trial ahead. In Valdez Quade’s original short story, the climax comes when Amadeo asks for the nails to be driven into his hands on Good Friday. In the novel, this pain is just the prelude. Amadeo hoped this dramatic act would transform his life somehow; Valdez Quade suggests that the dramatic moments in life merely set the stage for the hard, quotidian work of dealing with their aftermath with purpose and without despair. Although this performance gave Amadeo “a pureness of feeling that he can’t recapture,” it did not provide the redemption that he must instead earn through consistent support of his daughter and new grandson.

Yolanda has served as the clean-up specialist for the family her whole life. She protected Amadeo from her abusive husband, she loves Angel unconditionally, she financially supports everyone and she takes care of the cooking and cleaning. But near the beginning of the novel, Yolanda learns she has a life-threatening brain tumor. Yolanda thinks of a woman she knew who never revealed her cancer or accepted treatment for it: “But though her mother had a friend who approached cancer like that, to save her family the pain, and though this seems both admirable and courageous, and smacks appealingly of martyrdom, Yolanda understands that she is afraid and she will get professional support, because her need to talk to someone about what is happening to her is stronger than her need to avoid it.” Still, although Yolanda secretly seeks treatment, she does not disclose her condition to Angel or Amadeo, and the reader cannot help but cringe as they focus only on themselves and fail to perceive Yolanda’s suffering.

Angel is the character who infuses the family with energy and hope. She is enrolled in a program for teen mothers called Smart Starts! with a teacher she idolizes, and she follows all its recommendations religiously. Angel has been longing for attention her whole life, a yearning at the root of why she became pregnant and why she had a disagreement with her mother that prompted her to decamp to Yolanda’s house. Angel is a wonderful character: typically disciplined, cheerful and studious, but occasionally switching into a darker mode and becoming impulsive like the teenager she is. Angel always seeks justice and understanding, while Yolanda keeps history and tradition in mind. Angel thinks it is insane that Amadeo asked to have nails driven through his hands. Yolanda tells her, “I don’t know what to tell you. It’s an important part of who we are, and it keeps the men out of trouble.”

The secrets these characters keep from each other accrue throughout the novel until they emerge in a series of explosive moments, after which the family members must determine just how strong they can be for each other. In the end, Amadeo realizes, “The procession isn’t about punishment or shame. It is about needing to take on the pain of loved ones. To take on that pain, first you have to see it. And see how you inflict it.”

The Five Wounds is a story about living with the consequences of choices and actions. The novel cycles around luminous moments of connection its characters experience when they commit fully to one another. Yolanda’s whole life was dedicated to commitment. As the story plays out, her more fickle family members finally begin to see the purpose of maintaining such steady grace. Each member of the family embodies human weaknesses yet remains worthy of love, and Valdez Quade shows they are stronger together than any of them is alone. 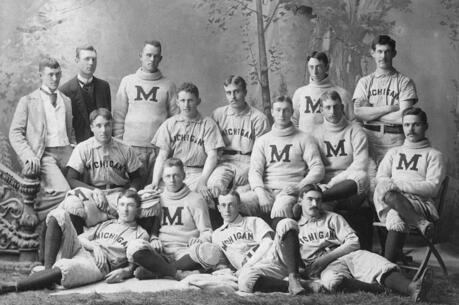 The true history of baseball is much better than its creation myth
For as long as “it has existed as an organized sport, baseball has been telling weird lies about where it came from," writes Thomas W. Gilbert in a new book on baseball's origins.
John W. MillerAugust 24, 2021