Review: What is a woman? 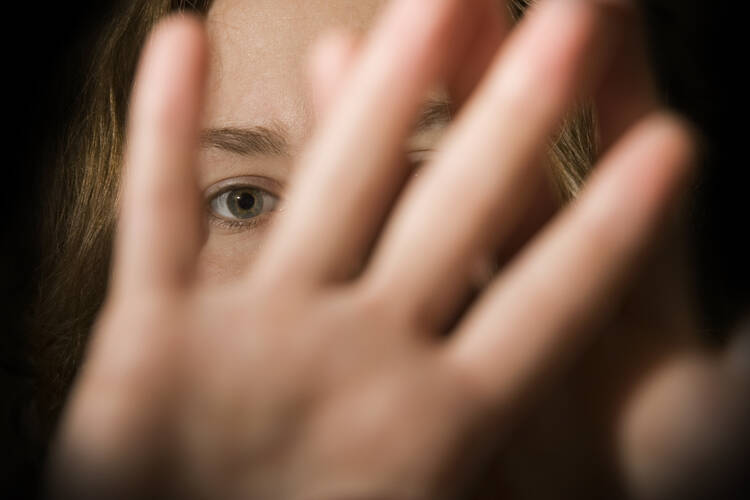 What is a woman?

This was, in effect, the question asked of Supreme Court nominee Judge Ketanji Brown Jackson by Senator Marsha Blackburn of Tennessee at Jackson’s confirmation hearing in March. One of many attempts to cast doubt on the judge’s candidacy, the question had commentators from across the political spectrum scrambling to respond. For some, like the Fox News host Tucker Carlson, the answer is obvious. A woman is “a human being with two x-chromosomes; ask any geneticist.” Anyone who disagrees with him, he says, is delusional. Other pundits rushed in with their views on the biological, historical and cultural determinants of this thing we call “womanhood.”

The exchange between Blackburn and Jackson was on my mind as I read The Defiant Middle: How Women Claim Life’s In-Betweens to Remake the World, the latest book from the writer, journalist and America contributor Kaya Oakes. In it, Oakes inadvertently provides her own take on this perennial debate. She professes that those claiming womanhood, adjusting to the infinite and often contradictory expectations that come with the designation, have every right to it. As the legal scholar Catharine MacKinnon puts it, “Anybody who identifies as a woman, wants to be a woman, is going around being a woman, as far as I’m concerned, is a woman.”

Oakes presents a number of reminders of how women throughout the ages resisted the stifling definitions of “womanhood” they were forced to compete against.

Supporting this view in a crisp 200 pages, The Defiant Middle offers reflections on what it means to live as a woman today. This meaning is mediated by the situation in which Oakes finds herself writing: in the midst of a pandemic, living in the Bay Area, lecturing at the University of California, Berkeley, and grappling with growing older in a society and a church that both continue to prize feminine youth, fecundity and docility above all else.

She weaves personal anecdotes with examples of medieval women, from Hildegard von Bingen to Julian of Norwich, who transcended the confines of their environments through mystical, courageous and downright odd episodes—not least the case of Wilgefortis, an apocryphal noblewoman who fervently prayed for disfigurement to escape an unwanted marriage. When Wilgefortis sprouted a beard soon after, ending the forthcoming nuptials, her father had her crucified.

Or so the story goes.

Oakes presents these women religious and their modern analogues as reminders of how women throughout the ages resisted the stifling definitions of “womanhood” they were forced to compete against. With these profiles, she focuses on the interplay of spirituality, religion and gender with the same nuance and grace evident in her previous work. In fact, the prelude to The Defiant Middle traces its origins to an essay she published in 2018, which portrays the period women in their middle years find themselves—simultaneously straddling too much and not enough—as an opportunity for defiance rather than erasure.

As we age, women see less and less of ourselves and our peers portrayed admirably in popular media, professional settings and positive, life-giving relationships. “Most women in general,” writes Oakes, “are in fact lacking in practical role models for what it means to be middle aged or old, to grow into eras of life we don’t have a context for.” What’s worse, this context is constantly shifting. Alongside every new expectation placed on women is the tendency to place it within enduring struggles “between career and family, between a creative life and financial well-being, between selfishness and selflessness.”

“Most women in general,” writes Oakes, “are in fact lacking in practical role models for what it means to be middle aged or old, to grow into eras of life we don’t have a context for.”

The book is organized according to characteristics women are defined by and cast themselves against. Some chapters—like “Barren” and “Alone”—look at the choices women make, or are thought to make, on how to go on living. Others are immutable, like age: “Young” takes readers through that brief interval when girls with strong convictions are either discounted outright or unfairly thrust into positions of leadership, tasked with solving the monumental problems caused by previous generations. Oakes meditates on the meaning of “maturity” by referencing her own experience as a fiercely independent child, as well as the experiences of young women who have challenged the status quo and were punished for it, from 15th-century French warrior-saint Joan of Arc to the Pakistani activist Malala Yousafzai.

For Oakes, maturity is a consequence of necessity—the need to sublimate, repel and rebel against the violent urges of the opposite sex and against the demands of domestic life and cultural customs that rob women of sexual empowerment, educational opportunity and fulfilling political futures.

Then there are chapters classified as emotional states—like “Angry” and “Crazy”—that, when used as descriptors, are meant to disparage or discount the women they are marking. The chapter on “Anger” is a potent testament to the issues women face when expressing any kind of anger other than the absolutely righteous kind. Even this form of outrage from women is ignored by religious authorities in favor of remembering dutiful and delicate qualities, as in the passive and pure Mary of the parish courtyard over the Mary of the Magnificat.

The mid-century anarchist and co-founder of the Catholic Worker Movement, Dorothy Day, features prominently here. Sometimes cold, frequently austere and undeniably successful at caring for the poor and spreading word of their plight, Day serves as a crucial model of holiness precisely because she was angry “on behalf of the vulnerable, and in that sense, angry on behalf of herself, because she, too, was vulnerable.”

In The Defiant Middle, Oakes proves herself to be the sort of practical role model she seeks out and so eloquently writes of. Even for the boys.

Oakes elevates figures who pushed against their patriarchal religious settings in creative and controversial ways, including Jemima Wilkinson, otherwise known as Public Universal Friend, the gender-transgressing founder of an offbeat Christian sect in pre-Revolutionary America. The defiance Oakes highlights is not limited to the mosque, church or synagogue; it takes place wherever “mansplainers, reply guys, and every other person who thinks they have more knowledge and more experience than a woman possibly could” are found.

In the case of Judge Jackson, the person who asked her to define “woman” is in fact a woman herself—one with a different set of encounters from myself, Jackson or Oakes, yet one who still has to live with this identity in a world governed by men. If there is an enemy in this book, it is men who, through their “fault and power,” harass and minimize the women of their time.

But sometimes the hardest negotiations and most searing betrayals take place woman to woman. “Every woman,” claims Oakes, “keeps a memory store of slights, abuse, enforced subjugations within her.” I cannot pretend to know what happens when this “store” becomes overstocked with memories of mistreatment at the hands of fellow women, nor does The Defiant Middle give much attention to institutional or personal conflict between women, whether in contemporary Senate committee hearings or the cloisters of 14th-century France.

What I am sure of is that in The Defiant Middle, Oakes proves herself to be the sort of practical role model she seeks out and so eloquently writes of. Even for the boys.

This article also appeared in print, under the headline “Woman to (Defiant) Woman,” in the July and August 2022, issue. 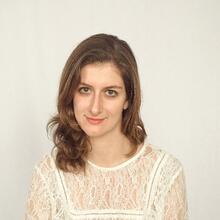 Anna Marchese works at Columbia World Projects at Columbia University. She is a former member of the Jesuit Volunteer Corps and a former intern at America.

@annajmarchese
Show Comments ()
Join the conversation: Login or create an account
Before you can comment, you need to update your profile to include your first and last name, as required in our comments policy. Then reload this page and you'll be set up for commenting. Update your profile