A man for all seasons: Fay Vincent, baseball and America 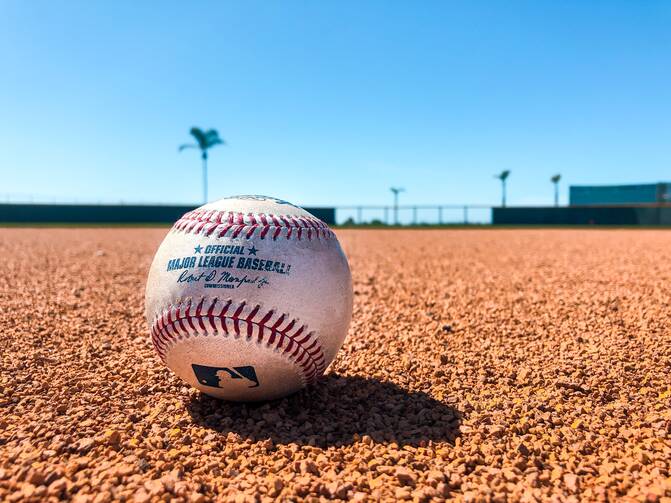 Readers of The Wall Street Journal may have noticed a fine tribute in its pages last week to Roger Angell, the longtime baseball writer for The New Yorker who died on May 22 at the age of 101. The author lauded Angell as a unique talent who “had an eye for the telling moment and the unusual player,” placing him atop a pedestal with Red Smith and Shirley Povich as the great sportswriters of his era. But the author of the tribute wasn’t some run-of-the-mill baseball fan. It was Fay Vincent Jr., former commissioner of baseball.

Vincent was named commissioner in September 1989 after the sudden death of Bart Giamatti, during one of Major League Baseball’s most troubled eras. Financial strife between players and clubs was at an all-time high; the owners instituted a lockout the next year, and just five years later, the 1994 World Series was canceled because the owners and players could not resolve a labor dispute. The player with the most hits in baseball history, Pete Rose, had been banned for life by Giamatti for gambling on games earlier that summer. The league continued to face suspicions of widespread drug use. Vincent even had to ban Yankees owner George Steinbrenner for life for hiring a small-time gambler to spy on one of his own players.

Fay Vincent officially resigned on Sept. 7, but not before composing a letter to America editor in chief George W. Hunt, S.J., a longtime friend, on the entire messy affair.

Vincent, who had been the chairman of Columbia Pictures and executive vice president of Coca Cola, had a short reign as commissioner. On September 3, 1992, the owners voted 18-9 on a vote of “no confidence” in Vincent, later replacing him with one of their own, Bud Selig of the Milwaukee Brewers. Vincent officially resigned on Sept. 7, but not before composing a letter to America editor in chief George W. Hunt, S.J., a longtime friend, on the entire messy affair. His letter, which Father Hunt published as part of his “Of Many Things” column in America on Sept. 19, 1992, was (in Vincent’s words) his effort “to try to put all of the current mess in perspective. Newspapers want something provocative from me at this time, but I’m not interested. The enclosed is more appropriate from me at present.”

The reporter in me is outraged, and the editor in me jealous, that Hunt was given such a scoop; he was wise enough not to edit it, but to let Vincent’s eloquence do its work—but not without Hunt adding a bit of his own rhetorical deftness in a swipe at baseball’s owners:

Ever since that bite of the tasty fruit, the way of the world has been that third-raters conspire to denigrate or oust first-raters in their midst. ’Twas ever so in playgrounds, factories, boardrooms, even churches, since the same Tree of Knowledge feeds the appetites of ignorance and stupidity as well.

Vincent was more diplomatic, more philosophical. “From time to time, baseball fans must wonder and worry about the game we love. Once again, much is being written—if not shrieked—about problems with the game and even with its bureaucrats,” he wrote. “But let me remind us all that baseball will survive; our grandchildren will have baseball to love and to introduce to their grandchildren, and this latest turmoil and tumult will not destroy the game that fills our summers with the joy of wondrous play.”

Vincent was more diplomatic, more philosophical. “From time to time, baseball fans must wonder and worry about the game we love."

Despite all the changes to the sport that the decades had wrought, Vincent wrote,

our game retains the most sublime challenge in all of sports... that of hitter confronting pitcher. It is that moment when José Canseco faces Roger Clemens that defines baseball and our love for it. It is that moment to which we are addicted. And it is that moment our grandchildren will also come to love. All else will be lost to newspaper archives and historians. What is real and true and essential cannot be diminished.

Like his predecessor Giamatti, Vincent had a way with words (and thus can be forgiven for using two cartoonish heels, Canseco and Clemens, as his example). And he wasn’t done writing for America. During his tenure as baseball commissioner, he had penned several articles for the magazine, including essays on “Morality v. Moralisms” and “Education and Baseball,” as well as a review of a biography of Samuel T. Coleridge. After the ax fell, during a period Father Hunt called Vincent’s “post-post-graduate sabbatical” in Oxfordshire, England, he sent back an essay on St. Edmund Campion.

More of his writings appeared in America in the years that followed, including a 2001 tribute to Isaac Stern and book reviews on everything from baseball to John Henry Newman to anti-Catholic bias in American public life. In 2013, Vincent was interviewed by America deputy editor in chief Tim Reidy on the morality of baseball. Vincent spoke out strongly against the use of steroids in baseball, saying ​​the infusion of performance enhancing drugs was “a very pernicious and frightening threat to all of our sports, whether high school, college or professional.”

Baseball, he noted, had too long winked at spitballs, corked bats and other small infractions of the rules, leading players and owners alike to think that cheating was only wrong if you got caught: “I think one of the problems with baseball has been that we've been too tolerant of what we call innocent forms of cheating. There is no such thing as innocent cheating.”

When Father Hunt died in 2011, Fay Vincent sent in an encomium that was reprinted in America. “In the Thomist sense he gave meaning to the difference between a priestly essence and the accidental aspect of his life as scholar, teacher, editor and writer,” Vincent wrote. “To me, however, he was also a wonderful and loyal friend.” A favorite of Vincent’s were Father Hunt’s “Of Many Things” essays:

Each week he wrote a brief essay at the front of the magazine and each of them was a carefully crafted lovely little pensée on some topic that attracted his attention. The eclectic range of those essays is the best evidence of the range of his interests. In his time America was a confident and powerful voice for Catholic intellectuals to hear. I listened to it and to George with respect and admiration.

Oh, and one more thing: Getting back to another of Fay Vincent’s favorite writers, Roger Angell, Joe Bonomo wrote a biography of the great scribe in 2019 that was reviewed here in America by Jill Brennan O’Brien.

Regular readers may notice that three weeks ago we announced the winner of the 2022 Foley Poetry Contest: Lisa Mullenneaux, for her poem “In Copenhagen.” America’s poetry editor, Joe Hoover, S.J., also wrote an essay about the contest and some of the other worthy submissions. Congratulations! Readers can view all of America’s published poems here.