An interview with Fay Vincent: The transcript 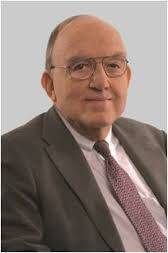 We have transcribed our interview with Former MLB Commisioner Fay Vincent on the morality of baseball. You can listen to the interview here, or read it below. Key quote from the former commissioner on the future of the Yankees' Alex Rodriguez: "I think if I had been commissioner I would have thrown him out for life and said, 'We’re not going to have anymore of this' and if some arbitrator reinstates him, okay, but meanwhile I have made my point."

Tim Reidy: Mr. Vincent, we’re very happy to be speaking to you. Maybe we can start with your op-ed in the Wall Street Journal where you call for a “one strike and you’re out” policy for players using performance-enhancing drugs. Can you explain why that makes sense to you?

Fay Vincent: The performance enhancing drugs problem is, it seems to me, an existential problem. Performance enhancing drugs are threatening all of competitive sports. We've seen it affect the Tour de France, we've seen it affect the Olympics and a number of other major sporting events. We know that there are chemists out there designing and coming up with drugs that will enhance performance, many of them illegal under the federal statutes. Those drugs are malignancies. They are lethal. If we don’t do something all of sports is threatened. As I said in the Wall Street Journal essay, Bart Giamatti, the former President of Yale, my friend and baseball commissioner, used to preach that games are all about rules. Without a set of rules there can’t be any games. It's the game rules that say it’s a hundred yard dash. It says there are nine inning in the game; it prescribes the size of the ball, size of the plate, the distance between the bases—without those rules you can’t have a fair competition. People will have freedom without the rules, have bigger gloves and tinker with the bats and balls and you have all sorts of things that would undermine the game. As I said in the essay, if you permit cheating you will have in no time professional wrestling or entertainment; you’ll have a movie or some other form of entertainment but you won’t have competitive athletics. Because you need rules and fair competition that determine a winner and we all were into sports because we enjoy the competition and we enjoy rooting for the winners. So I view it as very serious, it being the infusion of performance enhancing drugs, as a very pernicious and frightening threat to all of our sports, whether high school, college or professional.

TR: Now, it’s interesting that you mention corked bats or using spitballs or Vaseline on baseballs—there have always been ways that baseball players have been trying to gain the competitive advantage. Is this more serious, more damaging to the sport because it actually affects the body of the athlete?

FV: Well, I think all cheating is dangerous and pernicious. I think one of the problems with sports, especially with baseball, is we sort of smiled at spitballs, tinkering with bats. Those seemed to us to be innocent forms of cheating. But it's like saying we’re going to permit a little cheating on your income tax. I mean if you cheat, you cheat and I think this kind of performance enhancing drugs is a major form of cheating. It's also illegal. It's violative of the prohibited substance act. The federal statute says, You can’t be using these drugs without a prescription, you can’t be selling them in any event. I think one of the problems with baseball has been that we've been too tolerant of what we call innocent forms of cheating. There is no such thing as innocent cheating.

TR: But now you have a situation where you have a very sophisticated form of cheating and trying to find and stamp it out is proving to be very challenging.

FV: Yes and it turns out that the testing program in baseball and all the programs that they have in other sports just aren’t working. You see in football now almost every day one or two players are suspended for four games, which is their first round of sanctions. My view is that there is one sanction in sports that works and that’s the sanction of being thrown out and it's the sanction that applies to gambling and baseball. If you touch the third rail of gambling in baseball as Pete Rose did, you are out for life. Even if you are a major figure as he was you don’t come back. And that means there is no gambling in baseball, nobody goes near that issue because whether you are young or old or rich or poor you know that the minute you touch it, A, you will get caught and B, you are out.

And so what I am arguing is that baseball will have to revise its collective bargaining agreement. I think by the way they will. I think the players have come around to the point of view that they believes that something has to be done and I think they’re going to encourage the union and the commissioner to adopt a harsher set of sanctions, because a 50-game suspension and some sort of fine, those aren’t working. The tragedy of yesterday’s announcement is a very great percentage of the players seem to me to be Latino kids, many of them from the Dominican Republic. That sanction was not effective because the players were thinking to themselves, “Okay, if I get caught in 50 games what’s the big deal? That’s about a third of his season. Meanwhile, if I can bulk up or perform better it's worth to me millions and millions of dollars in the contract and I might never get caught.” So they are onto it and they are doing it in big numbers and it is really a serious threat.

FV: Well, I think there is a really – this was the mistake I think that was made yesterday. Yesterday would have been a great opportunity for the commissioner. I think of my friend Bart Giamatti, the professor from Yale who was such a great public spokesperson. Had Bart Giamatti been commissioner he would have stood up and used yesterday as a teaching experience. He would have explained to the public and to the fans why this is a very serious problem and why the commissioner has to do what he is doing, But he put out a press release which was pretty vapid and not very powerful at all and I think there is a lot of confusion. I think a number of baseball writers and fans are saying what do we care if they drink booze, if they drink coca cola, if they smoke cigarettes, whatever they want to do it makes them play better let them do it, why are we bothering and interfering, all that matters is the game on the field. Now that attitude is widespread but it's particularly untutored because it ignores the whole problem of trying to maintain the, excuse the phrase, integrity of the game. There is no sensitivity on the part of many fans that this is really at the heart of the game.

FV: Well that’s right, some things are wrong, even if they are legal. Now using steroids and selling them and getting involved in the distribution is illegal, but I ended the piece with the moral relativity that’s going on. I think that in our society there is almost no sensitivity or recognition that some things are wrong even if they are legal. And in the case of steroids I am not arguing they are legal, the use of them is not legal. But I think this confusion about right and wrong starts in the political world. This enormous confusion about what’s wrong for politician if they do things that are particularly egregious, even vulgar, certainly morally offensive, the argument is leave them alone, let them do whatever they want to do because it doesn’t affect their job. But that sort of confusion obfuscates the fact that there are some things that are just wrong and cheating on a game even if you are not going to be arrested for it, is simply wrong.

TR: It’s worth quoting the line that you reference there: “It may seem odd to contend in a world often saturated by moral relativism, that there is a such a thing as a moral act. That cheating at games whether it be cycling, baseball, football, or track and field is wrong and we better begin to say so.” That’s what you called for.

TR: Now, I wonder have we reached that moment? Is this any kind of turning point where you have the actions that are happening in baseball? You have the light that was shined on Lance Armstrong last year. Do you think that maybe the sports are finally realizing this is a real problem?

I mean, it’s like all the politicians they knew it was wrong, not to fund the pension plans for all these workers, but if you did so you had a heck of a job selling it. You would have had to do a variety of things, like raise taxes, and so everybody just let the problems slide by. Now, everyone is worried about the workers, well, it was the leader. It was the people who ignored their duty to fund these pension plans who really have undercut the pension programs for millions of Americans. And who is going to pay the price—the workers not the leaders.

The Metaphysics of Baseball: From April 4, 1992
Clyde F. Crews

TR: You mentioned before that perhaps at least in baseball the players union might actually recognize this as a problem, and start pushing for some reforms, so at least perhaps that’s a positive here?

FV: Well, you know you would expect with this kind of problem threatening all of competitive sports that there would be some political leaders, some people standing up. Some people in the sport could be mounting an effort to do something about it, but I don’t see any effort. I mean there is talk, but nobody really wants to take the strong step. And it would not be popular to say we’re going to throw out A-Rod because lots of people are fans of his. It happens to be the right thing to do. I think if I had been commissioner I would have thrown him out for life and said, “We’re not going to have anymore of this” and if some arbitrator reinstates him, okay, but meanwhile I have made my point.

TR: Well, Fay Vincent, thank you so much for helping us to understand this complicated issue at this time when it's very much in the public sphere. So we’ll keep paying attention. Hopefully, there will be some progress.

Tim Reidy is the deputy editor in chief of America Media.