Has anti-Catholic bias disappeared in American public life, or has it taken new forms? 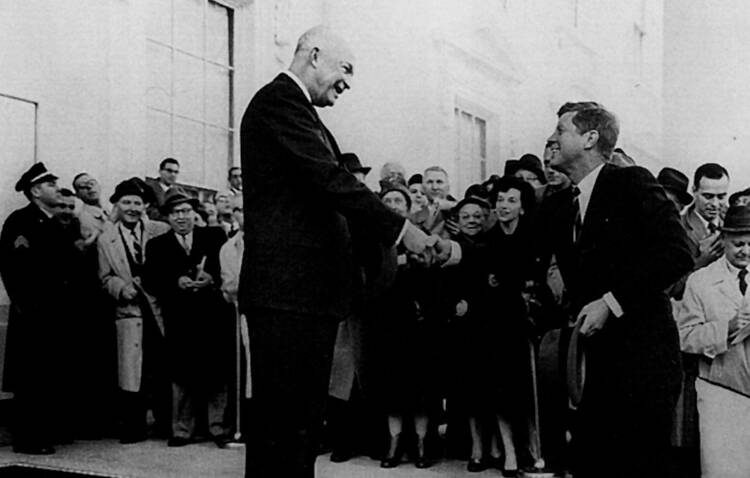 Anti-Catholic bias may not be as blatant as when John F. Kennedy entered the White House, but it still arises in subtle forms. (Wikimedia Commons)

In 1970, to my surprise, I was invited to become a trustee of Williams College, my alma mater. At the time, I was 32 and a lawyer in Washington, D.C., of no particular achievement and little financial capacity, so the invitation was puzzling. When I asked why I was selected, I was told that Jack Sawyer, then the college president, wanted a younger trustee to expand the age range on the board. It took me a while to learn the real story.

The first clue came before a board meeting early in my tenure, when Philip H. Hoff, then the governor of Vermont and a trustee, suddenly asked me if I was a Catholic. His inquiry jolted me. He explained the board had been told I was a Catholic when I was being considered for election. He added that in his experience Catholics were “superstitious and not very bright,” so he was surprised when I seemed to be “a smart fellow who asks good questions” at board meetings.

I avoided any disagreement by telling him I would buy him a beer one evening so he and I could explore his views. We never had that beer, and when I saw his obituary in 2018, I felt bad. I would have begun that discussion with Cardinal John Henry Newman.

Wisely, Mr. Sawyer did not want to appear before the Massachusetts Legislature without at least one Irish name on his list of trustees.

After my exchange with Mr. Hoff, I learned that the college was about to go co-ed. To effect that change, the charter of the college had to be amended by the Massachusetts Legislature. Wisely, Mr. Sawyer did not want to appear before that group without at least one Irish name on his list of trustees. Thus, I became the first Catholic trustee of Williams College. (There was already one Jewish trustee.)

In my 18 years on that board, the religious affiliation of a trustee nominee never came up. And Mr. Hoff turned out to be an admirable man and one of my friends.

Since then, there has been remarkable progress in the way Catholics have become accepted in our society. The admissions quotas for Catholics and Jews at places like Williams are long gone. As with anti-Semitism, overt anti-Catholic bias has been reduced. Or has it?

In 2018, during a confirmation hearing, Kamala Harris—a U.S. senator from California and now the Democratic nominee for vice president—challenged Brian Buescher, a Catholic nominated by President Trump for a U.S. District Court judgeship, over his membership in the Knights of Columbus, the Catholic fraternal organization. Ms. Harris and another Democratic senator, Maize Hirano of Hawaii, pressed Mr. Buescher to explain how he could serve as a judge when the Knights of Columbus opposed “a woman’s right to choose” abortion, as well as same-sex “marriage equality.” The two senators slid around the constitutional prohibition of any religious test for office by using the Knights of Columbus as a proxy for the Catholic Church. (Mr. Buescher was ultimately confirmed.)

The two senators slid around the constitutional prohibition of any religious test for office by using the Knights of Columbus as a proxy for the Catholic Church.

That episode echoed one in 2017, also at a Senate confirmation hearing, in which Senator Dianne Feinstein (another Democrat from California), told Amy Coney Barrett, then a law professor at the University of Notre Dame who had been nominated to a federal appeals court, that her “dogma” as a Catholic who had written and spoken about church teaching raised serious questions about her judicial qualifications. Judge Barrett was confirmed, and last week President Trump nominated her to the U.S. Supreme Court following the death of Justice Ruth Bader Ginsburg.

I was surprised that these senatorial attacks on Catholic judicial nominees did not provoke more of a response. Maybe the sources were taken into account. Maybe the episodes were not considered important; surely the church these days has more serious problems to deal with.

The tension between religious or moral beliefs and legal or official obligations is at the core of any secular governance. The senators who were concerned that Catholic judges would be compromised by their religious beliefs were aggressively re-opening a debate that had been thought settled. After all, many federal judges are Catholic, including several sitting on the Supreme Court. Some tribute goes to Caesar and some to God. As the Nazarene taught, neither side can ignore the other.

It is now 60 years since John F. Kennedy became the first Catholic to be elected president of the United States. Anti-Catholic bias is no longer as crude or as blatant as what Kennedy faced, or Al Smith before him when he ran for president in 1928. But prejudice still arises in more subtle forms, as in the notion that a Catholic identity is fine in public life but adherence to Catholic teaching is not. 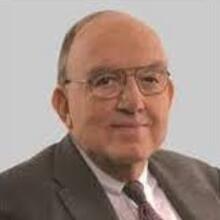 Fay Vincent has served as a senior lawyer for the U.S. Securities Exchange Commission, the chief executive officer of Columbia Pictures, a senior vice president of Coca-Cola and the commissioner of Major League Baseball.