Review: A story of Indigenous family, trauma and survival 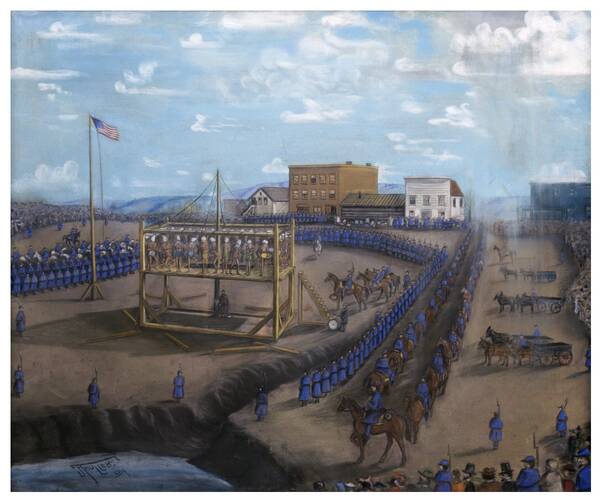 Execution of Dakhóta warriors in Mankato, Minn. in 1892 (Wikimedia Commons)

With her debut novel The Seed Keeper, the Dakhóta writer Diane Wilson claims her place among a growing Native literary movement in the United States that includes Louise Erdrich, Tommy Orange, David Treuer and Robin Wall Kimmerer, whose Braiding Sweetgrass remains a best-seller several years after its publication. Shattering the attempts of white settler culture to portray the original people of this land as a relic of a history long gone, Native authors are engaging not only an Indigenous past, but a present and future. In The Seed Keeper, Wilson has woven together a story of the land we share that Native and non-Native alike will want to listen to.

Wilson’s book is an immersive, affecting account of family and history, trauma and survival, seeds and gardening, stories and healing. Four richly drawn Indigenous women offer first-person narratives, giving these stories intimacy and power. When we first meet 40-year old Rosalie Iron Wing, the central character, it is 2002 and she is getting ready to leave the farm where she has spent the last two decades, fresh from the loss of her white husband and ready for a new start. She is in Minnesota, the place that her Dakhóta people call Mní Sota Makhóčhe, named for water so clear one could see the clouds reflected in it.

Gradually we learn of Rosalie’s upbringing. Raised by a Dakhóta father who taught her the traditional ways of their people, she came to understand the land around her as at once “our grocery store, as well as my classroom and play area.” Rosalie’s idyll is upended at age 12 when her father suddenly dies. Instead of being given to the Indigenous relatives who wanted her, she is placed with a white family (the actual fate of upwards of 50 percent of Indigenous children in the United States until the 1978 passage of the Indian Child Welfare Act).

Throughout The Seed Keeper, the Dakhóta War of 1862 against U.S. settlers looms like a specter.

At 18, desperate to escape her cruel foster parents, Rosalie marries a man whose German descendants had settled the land in the 19th century. “An Indian farmer,” she notes bitterly as she drives from her farm, referring to U.S. assimilationist Indian policy, “the government’s dream come true.” Twenty-two years later, Rosalie is a widow seeking to renew her connection with her ancestral home, to once again find her roots after years of displacement.

In her new surroundings Rosalie discovers a frozen and haunted landscape. “The war changed everything,” she muses. Throughout The Seed Keeper, the Dakhóta War of 1862 against U.S. settlers looms like a specter, still affecting both the Dakhóta people and the white settlers of the land. In the war’s aftermath, 38 Dakhóta warriors were executed in Mankato, the largest mass hanging in U.S. history. Seventeen hundred women, children and elders were marched at gunpoint to Fort Snelling; from there, those who were still alive were forcibly removed to South Dakota. “He said forgetting was easy,” Rosalie says of her father. “It’s the remembering that wears you down.”

There is much here that is worth grappling with, especially for white Christians. Perhaps nothing is as significant as the impact of Indian boarding schools, a century-long practice in the United States and Canada of forced separation of Native children from their communities. “The schools harmed a lot of families,” a Dakhóta elder remarks. “Some are still trying to find their children. Or to bring their bodies back home.” Recent revelations of hundreds of unmarked burial sites at church-run residential schools demonstrate just how timely this aspect of the narrative remains.

The novel does not dwell only on the tragic, however. Wilson takes care to plant the story in the larger context of what some refer to as an “Indigenous resurgence,” a widespread reclamation of the right and responsibility of Indians to practice traditional ways after centuries of suppression. Several years ago, on a march to honor those who had been exiled from Minnesota, Wilson heard the story of Dakhóta women who had sewn seeds into their skirts to ensure survival in their place of exile. It was then that Wilson knew she had to write this novel. The power of seeds to heal—the soil, family connections, our own spirits—becomes both a literal and metaphorical thread throughout the novel.

In its elegant simplicity, Wilson’s writing evokes that of the great agrarian writer Wendell Berry; her prose is at its lyrical best in her observations of the natural world.

The Seed Keeper is a paean to the land, informed by Wilson’s knowledge of and love for the Earth. In its elegant simplicity, Wilson’s writing evokes that of the great agrarian writer Wendell Berry; her prose is at its lyrical best in her observations of the natural world. The flames in the woodstove are “bright ribbons of warmth.” The snow is falling “in desperate haste...as if the snow’s burden had been too much for the clouds to carry.” The rain “came in a rush, as if bloated with a thousand farmers’ prayers.”

As with Berry, it is not difficult to discern Wilson’s views on the issues she presents. Some readers may even find Wilson didactic, as at times she nears merely cataloguing injustices. When a Monsanto-like corporation peddling genetically modified seeds divides Iron Wing’s small-town farm community (and her family), for example, the narrative bogs down. Nevertheless, this turn in the story presents a startling juxtaposition with the way her own people see seeds: as relatives worthy of respect.

According to the Indigenous view Wilson beautifully presents, the world is sacred and animate. Rocks are grandfathers. Water is considered the first medicine. “Plants have their own way of talking,” a Dakhóta elder remarks matter-of-factly. Even the book’s circular approach to time—which begins and ends in 2002, moving backward and forward across 140 years—suggests the Native way of understanding.

For non-Native readers, Wilson offers a feast of insights into Dakhóta and other Native cultures. We learn of the profound links between tobacco and prayer, how winter is the time for storytelling and that dreams are often crucially important.

At bottom, this is a spiritual book. The stories of trauma and resilience, of our elemental bond with creation, inevitably lead to the fundamental questions of how we are to live. At the close of the book, a Dakhóta elder is faced with an important question. His answer is simple and necessary: “We pray.” 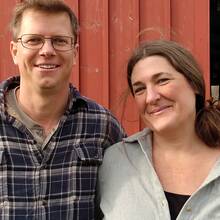 Eric and Brenna Cussen Anglada are members of St. Isidore Catholic Worker Farm on the ancestral homeland of the Ho-Chunk, Meskwaki and Sauk nations in southwest Wisconsin.