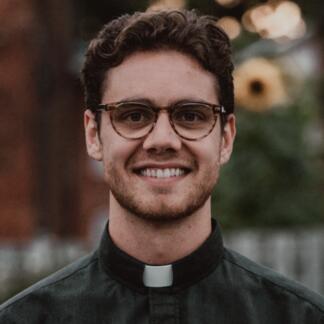 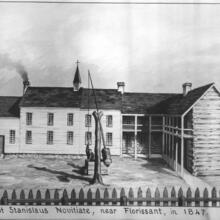 Politics & SocietyInterviews
Interview: How the Jesuits are working to confront their history of slavery
William Critchley-Menor, S.J.February 26, 2021
American Jesuit histories often minimize the important contributions that enslaved people made. 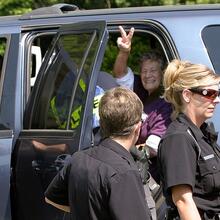 FaithDispatches
Remembering Sister Ardeth Platte, a prophet of peace in a culture of aggression
William Critchley-Menor, S.J.October 07, 2020
Sister Platte would be overjoyed to see just war theory challenged and nuclear weapons condemned at the level of a papal encyclical, a moral vision she championed for over 40 years. 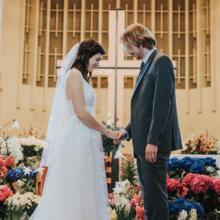 FaithFaith in Focus
What getting married in a pandemic taught these newlyweds
William Critchley-Menor, S.J.May 26, 2020
After the restrictions of the coronavirus pandemic made so many of their initial wedding plans impossible, Michael and Kelsey Petrany decided they wanted to go through with it anyway. And they are glad they did. 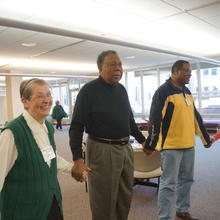 Politics & SocietyDispatches
The Catholic sisters who confronted their own legacy of racism
William Critchley-Menor, S.J.March 05, 2020
The Dominican sisters are motivated by a recognition that the blinding racism that allowed nuns to buy and sell human beings in the past could blind them to their own complicity in racist structure today. 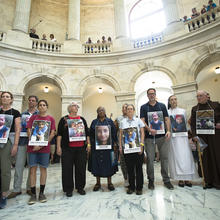 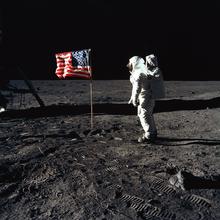 Politics & SocietyDispatches
Why are so many craters on the moon named after Jesuits?
William Critchley-Menor, S.J.July 12, 2019
“Throughout the history of the Society, the Jesuits have been key players in astronomy,” said Robert Macke, S.J., a specialist in meteorites who works at the Vatican Observatory in Rome. Jesuit contributions to astronomy are significant enough that 34 craters on the moon and several asteroids are named after them. 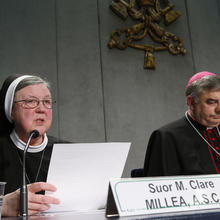 FaithNews Analysis
More women have been appointed to the Roman Curia. Could this signal new leadership opportunities?
William Critchley-Menor, S.J.July 10, 2019
“We have to admit that things move very slowly in the church,” Sharon Holland, I.H.M., told America, “But this is a piece of really good news.” 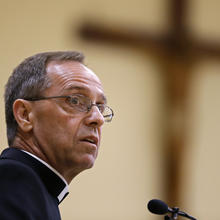 FaithDispatches
How the Jesuits plan to appeal Indy archbishop’s decision to revoke Brebeuf’s Catholic status
William Critchley-Menor, S.J.June 24, 2019
The Midwest Jesuits plan to appeal a decree by Archbishop Thompson of Indianapolis that Brebeuf Jesuit High School is no longer recognized as a Catholic school after the school’s administrators refused to terminate a teacher in a same-sex marriage as requested by the archdiocese. 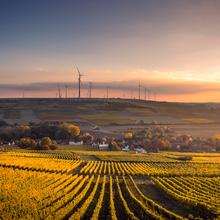 FaithDispatches
‘Laudato Si’’ calls us to ecological conversion. What does that look like?
William Critchley-Menor, S.J.June 18, 2019
Four years later, various Catholic groups are answering the call from “Laudato Si’” as they try to help people close a gap between the spiritual life and ecological awareness. 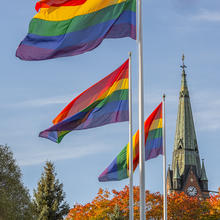 FaithNews
Hundreds gather to support L.G.B.T. Christians and affirm church teaching
William Critchley-Menor, S.J.August 07, 2018
The recent Revoice conference was unique in its approach to L.G.B.T. issues within the Christian community.