Review: Reporting on religion can be dark. But we need people on the God Beat more than ever. 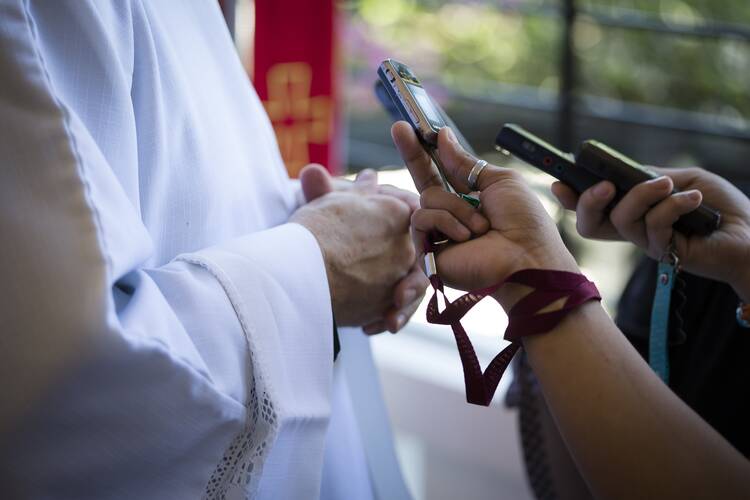 When people asked me why I chose to be a religion reporter, they usually got one of two answers. One was my official response; the other was the truth.

The official response ran something like this: Religion is a force that moves billions of people, for better or worse. You can’t really understand our world without understanding religion.

That’s true, but it is not why I became a religion reporter. The real answer was more personal. I was on a quest for the truth and saw journalism as the means to a free or at least modestly subsidized education. I think this idea was stolen from Pete Hamill, who advised young writers in New York to apprentice in one of two story-rich fields: driving a taxi or journalism.

My plan worked at first. During my nearly 16 years as a religion reporter, including the last eight at CNN, I learned more than I could have hoped. But over time, the stories other religion reporters and I tackled grew darker: religious violence, racism, Islamophobia, anti-Semitism; the lies, crimes and casual cruelties of the Trump administration; the rise of QAnon and demise of truth; the Catholic sexual abuse crisis; and, of course, the pandemic. People’s pain and anger and confusion seemed fathomless, institutions hopelessly self-involved and religious leaders wilfully blind and enthralled by politics or fame. In any other era, such a beat would be challenging. For me, in our relentlessly online culture, it was deflating. By the end of my time at CNN, I was a beat reporter.

I thought about all of this while reading The God Beat: What Journalism Says About Faith and Why It Matters. The anthology of 26 essays is edited by Costica Bradatan, a religion editor for The Los Angeles Review of Books and a professor of humanities at Texas Tech University, and Ed Simon, a staff writer for the literary site The Millions and author of several books about religion and morality.

Like New Journalism, New Religion Journalism prioritizes the personal, including the reporter’s subjective experience in the story.

In their introduction, Bradatan and Simon say they are most interested in what Simon dubs New Religion Journalism, a literary movement that they argue was given life by Killing the Buddha, an online journal of religion writing for “people made uncomfortable by church.”

Like New Journalism, the movement heralded by wizard-suited Tom Wolfe in the 1970s (and before him, by Matthew Arnold in the 1880s), New Religion Journalism prioritizes the personal, including the reporter’s subjective experience in the story. More importantly, argues Simon, New ReligionJournalism questions the “theism/atheism” binary and displays the “full ambiguity and ambivalence of belief.”

That ambiguity is explored in Leigh Eric Schmidt’s deeply researched essay, “Monuments to Unbelief,” which guides readers on a short jaunt through 19th-century atheism and introduces characters like the miraculously named Octavius Frothingham.

In “Amma’s Cosmic Squeeze,” Erik Davis muses on the title character’s trademark gesture—a hug—as a “quietly subversive transformation of traditional South Asian worship” as he stands in a Disneyland-worthy line awaiting his sacred embrace. But Amma, who has hugged more than 26 million people, is not only about silent subversion, Davis reports: “During her massive fiftieth birthday celebration in 2003, which was inaugurated by Indian president Dr. A. P. J. Abdul Kalam, Amma cranked through a stadium full of devotees for twenty-one hours straight while a scoreboard racked up numbers well into the five figures.”

Cool scene. But, as I said, these are dark times, and many writers in The God Beat address topics like death, hatred, abuse and decay.

In “Will Anyone Remember Eleven Dead Jews?” Emma Green ponders the paradoxical satisfactions of an archivist in Pittsburgh charged with collecting artifacts from the worst anti-Semitic attack in American history. Likewise, Shira Telushkin’s essay, “Their Bloods Cry Out from the Ground,” is a powerful meditation on the murders in 2018 of those 11 people while they were worshiping and the task of those left behind. Telushkin explores the work of the chevra kadisha, the Jewish burial society charged with collecting different kinds of remains. They slipped quietly into the crime scene, scraping blood from walls and floors, burying their martyrs just as Jews have done for millennia.

The best essays in The God Beat are like this—quietly reflective, deeply informed, subjective but not solipsistic. They combine an insider’s knowledge with an outsider’s practiced observation, transcending the limitations of both third- and first-person writing.

These are dark times, and many writers in The God Beat address topics like death, hatred, abuse and decay.

As a one-time Catholic, Patrick Blanchfield brings an insider-outsider perspective to his essay on the Catholic Church’s sexual abuse scandal, written in 2018, a few weeks after a grand jury report in Pennsylvania described in detail decades of soul-crushing sexual abuse committed by priests against children. Blanchfield raises a question that perhaps only an ex-Catholic would voice. Namely, is there something inherently Catholic about the Catholic abuse scandal?

“Whatever the problems of ‘society’ more broadly, it is impossible not to see in these horrors a very particular Catholic feature: tropes, however twisted, of penance, mortification, and punishment, concepts and ritual items wielded as tools of abuse,” Blanchfield writes. “These priests, in other words, did not just rape children using their hands, mouths and genitals. They also raped them using their faith.”

Pope Francis to Donald Trump, in just one year. How did we get here?
Elizabeth Dias

Behind this rhetoric lies the force of truth. I have heard many victims of sexual abuse by clergymen recount how their abuse and lost innocence amounted to “soul murder,” as Blanchfield titles his powerful piece.

The essay reminded me of another, coincidentally published on the same day in America. Kerry Weber, an executive editor at America, wrote of the questions she pondered as she read the Pennsylvania grand jury report while her children napped. “I have found myself truly afraid of what it means to ask and to allow my children to be part of the church,” Weber wrote.

Reporting for CNN, I had been chasing the “hard news”—counting the victims, tracking down perpetrator priests, trying (and mostly failing) to hold bishops accountable. Weber’s voice—singular, plaintive, coming from within the fold—whipped my head around. Behind all the hard news, this is what the scandal has wrought, I realized: a mother afraid to raise her children in the church she loves. And that is a story that needs to be told.

This article also appeared in print, under the headline “Reporting in a Wintry Season,” in the August 2021, issue. 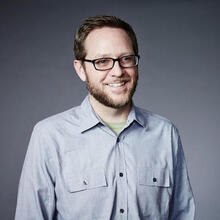 Daniel Burke is a contributing editor at Tricycle: The Buddhist Review. He previously covered religion for Religion News Service and CNN.

@DanielBurkeZen
Show Comments ()
Join the conversation: Login or create an account
Before you can comment, you need to update your profile to include your first and last name, as required in our comments policy. Then reload this page and you'll be set up for commenting. Update your profile