Review: ‘The Pull of the Stars’ brings a Gatsbyesque approach to finding humor in a pandemic 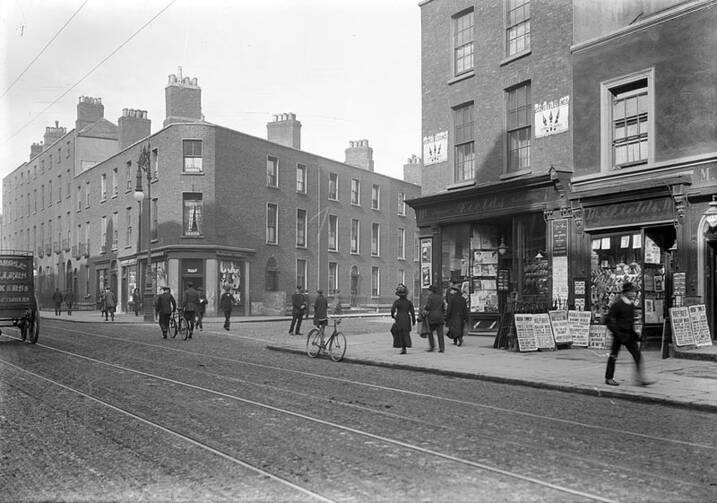 Not many readers would confuse F. Scott Fitzgerald’s Roaring ’20s with Spanish Flu-ravaged Dublin. Yet there is an undeniably Gatsbyesque moment in Emma Donoghue’s timely and touching new novel, set over the course of three days in 1918, at a hospital treating pregnant victims of this “uncanny plague, scything down swaths of men and women in the full bloom of their youth.”

Donoghue’s narrator, a nurse named Julia Power, tends to expectant mothers with ringworm, called “the brand of poverty,” as well as the comparatively better off, with their “plump wrists” and “polished fingernails.” Amid the “faecal, bloody tang of birth and death,” Julia has a revelation: “Tomorrow, I’d be thirty.”

The Pull of The Starsby Emma Donoghue

It is not unlike the birthday revelation Fitzgerald’s own narrator Nick Carraway has, as youth yields to a more perilous, even tragic age. Also like Nick, Julia is drawn to an alluring, mysterious figure who forces her to rethink how human nature—how God, how life—actually works.

The Pull of the Stars, which takes its title from the Italian origin of the word influenza, unfolds over the course of All Hallows’ Eve, All Saints’ Day and All Souls’ Day—with a chatty cast of priests, nuns and philosophizing orderlies running about—adding to the sanctified air Donoghue establishes. Meanwhile, a world war and a pandemic rage beyond the hospital walls, and hard feelings linger from the doomed Easter Rising two years earlier. And if the Sinn Feiners are treated irreverently, a secretive Irish Catholic child care system that abused, exploited and dehumanized generations is cast in the justifiably harshest of lights.

Emma Donoghue masterfully blends the personal and social into a simmering pot that rages to a boil as the final pages approach.

Yet Donoghue also finds time for humor and romance. Moments in the hospital pass uneventfully, allowing Julia’s mind to drift and race, at least until another life-and-death crisis erupts, a tension heightened by the fact that Donoghue has inserted just four text breaks in this entire narrative.

Donoghue was already deep into writing this book when the Covid-19 pandemic struck, and it is clear this is no rush job. She masterfully blends the personal and social into a simmering pot that rages to a boil as the final pages approach, when Julia is presented an opportunity to transcend the powerful constraints of her time, place and circumstances.

This will not change the fact that—as is made clear in this powerful, resonant novel—what Julia says about birth is also true about death. And love. And war, religion and history: “[It’s] a messy business.”

This article also appeared in print, under the headline “Humor and romance in a pandemic,” in the February 2021, issue.

Tom Deignan, a regular contributor to America, is a columnist for The Irish Voice newspaper, and has written about books for The New York Times, Washington Post and National Catholic Reporter.