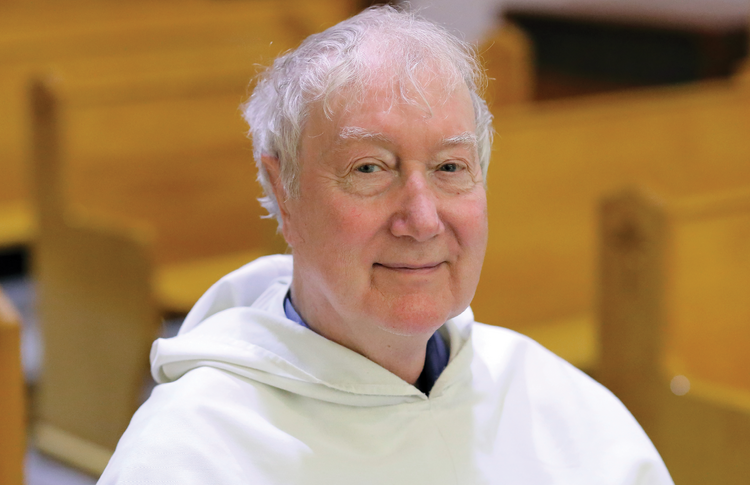 As Jews have sometimes understood better than Christians, conversations with God can get heated,” the former superior general of the Dominicans, known as the master, Timothy Radcliffe, O.P., writes in Chapter 2 of his book Alive in God: A Christian Imagination. “If they touch the core of your life, it would be odd if they did not sometimes…. If we get angry with God we are engaged, and if we are engaged we may set off somewhere.”

When this book arrived, I wasn’t setting off anywhere. Not long before, Italy had gone into nationwide lockdown in response to the coronavirus outbreak. The gallant, determined solidarity of the first days had begun to fade, the singing to die down. My Tuscan street, which sits in the shadow of a great medieval hill fortress, had changed from peaceful to eerie. My mind was dull and I felt numb. I could not write. And I certainly could not talk with God, much less argue with him.

So I did the next best thing: I argued with Timothy Radcliffe. St. Dominic’s prayer, Radcliffe tells us, was “athletic,” anchored in the body, in movement. So was my reading. I read the book a chapter at a time, pacing the marble-tiled floor of my bedroom, and I argued.

There was plenty to argue about. In the first page of his first chapter, Radcliffe writes: “In this book I want to explore how Christian faith can make sense to our contemporaries.” My heart sank at this point; this was beginning to sound like an apologetics manual of the most simplistic kind. Happily, what followed was more complex, as one would expect from a spiritual writer of Radcliffe’s standing. Alive in God turns out to be all about confrontation, in every sense of the word. Partly between faith and the secular world, yes—but only partly.

A less imaginative writer might have produced something incoherent and rushed, or at the other extreme, too neat and rigid. But this is Timothy Radcliffe.

The four sections of this book (“Imagination,” “Journeying,” “Teach- ing” and “The Risen Life”) address innumerable confrontations: within ourselves; between ourselves and God; between Jesus and his disciples; between solitude and community, routine and spontaneity, faith and doubt, innovation and tradition, courage and caution; the desire to live and the inevitability that, one day or another and without our say, we will die.

This is a lot to cover in a single volume, even a relatively fat one. A less imaginative writer might have produced something incoherent and rushed, or at the other extreme, too neat and rigid. But this is Timothy Radcliffe, and his characteristic quicksilver touch—moving from question to question, from reference to reference, from Scripture to pop culture and back—prevents us from settling too comfortably on any one conclusion. The informality of the narrative, too, stops the whole thing from becoming relentless in its erudition.

“How can we recover that physical expression of our joy in the Lord?” he ponders, after quoting the Dominican Bruno Hussar’s beautiful description of a Hasidic celebration in dance. “I find charismatic hand-clapping and most liturgical dancing embarrassing.” He goes on to describe an episode in which, attempting to find that joy, he commissioned a piece of choreography in honor of St. Dominic. “Most of the brethren seemed delighted, but some gave the impression of wanting to disappear under the pews in embarrassment.”

Because this is really a very serious book—it presents the reader, over and over again, with doubt, injustice, sickness, suffering, abuse and death—vignettes such as this are themselves joyous. These were the moments when I laughed, when I broke off and lifted my eyes to the green hill outside my window.

At other times, through no fault of Radcliffe’s, the material was almost too much to bear. When you are inside and the coronavirus is outside, it rankles to be told that “Christians must dare to challenge our fearful, risk-averse society, with its stifling multiplication of health and safety regulations and its fear of life,” much less to read praise for those missionaries who went abroad to face death “without any health or travel insurance.” This is already a provocative statement. In a few weeks or months, when churches reopen, it will be provocative again. Perhaps it will stimulate debate. For now, the argument is simply void.

There is much in Radcliffe’s analysis that is painful because it relates to a world in suspense.

There is much in Radcliffe’s analysis that is painful because it relates to a world in suspense. His insistence on the necessity of healthy touch, of accompaniment in death, his stories of travel and encounter: These were simultaneously my favorite passages and the ones that were hardest to read. Of the shadows that loom over this book, however, one in particular will persist after the restrictions are lifted: the figure of the late Jean Vanier, whom the Radcliffe of 2019 lifts up to us as a shining example of lived Christian values. We in 2020 know from the report produced by L’Arche that Vanier engaged in abusive relationships with six women. So tremendous was his influence and so outwardly stainless his character that countless books, articles, homilies, reflections, even careers and vocations now find themselves retroactively tainted by his involvement. Alive in God is very far from alone in this regard. The reckoning will be a long one.

But if Alive in God is marked by this unforeseen scandal, it also provides tools to help us to deal with the shock and the disillusionment and to decide where it is that we go next. In Chapter 11 (“Home”), Radcliffe asks the questions many have had to ask, on many occasions, in the face of revelations such as this: “Do we really want to be at home in the Church?… How can we think of the Church as home when it is shaken to its foundations by such sin? Where are the signs that God is still here?” A friend of his has decided to leave the church; she can no longer justify staying. Radcliffe’s conclusion is another one: “I believe that because God has made his home with us, we must stay.”

The dwelling of God at the heart of the community of believers means that “we can still call the Church holy, despite everything.” Each reader will come to a conclusion of his or her own. But the argument Radcliffe goes on to make in favor of staying is capable both of fostering and of enduring robust engagement, because it is both passionate and compassionate, because he takes the opposite perspective seriously, even as he disputes it.

The basis of a book such as this, which both investigates and is founded in Christian faith, must inevitably boil down to the kind of statements that are unarguable in one way or another: transcendent and world-altering to some readers and, to others, merely unprovable. God loves us. Jesus died for us. We are saved. We have eternal life. Timothy Radcliffe’s distinctive voice, and the depth and breadth of his engagement with the sacred and the secular, make it possible to continue in conversation on this basis even when that conversation becomes heated, even when circumstances overtake the thrust of his argument. Perhaps that is apologetics.

This article also appeared in print, under the headline “Arguing with Timothy Radcliffe,” in the June 8, 2020, issue. 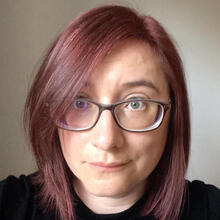