Review: Movie stardom might be your destiny, but it does not solve your problems. 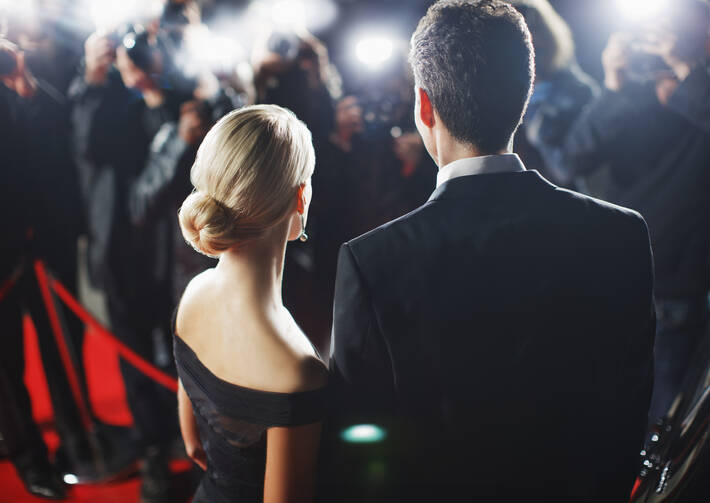 Celebrities are suns. They burn brighter as we gaze in orbit around their flash, flare and fury.

Who are these people? They are humans with souls, and their lives are fragile, capable of joyful peace and awful anguish, redemption and destruction. How one of this species—a Hollywood movie star—rises and falls is the topic of Dan Bevacqua’s debut novel, the darkly comic Molly Bit.

Our heroine, born in the mid-1970s, seems to be reared as part of the American middle class. Her dad is a soil tester from Vermont. But the family struggles with money. Her stepfather pays her tuition. Friends buy lunch. When Molly has debts, a theater director who has been creepy toward her pays them off. When Molly starts acting school in Boston, she has never been anywhere outside of Vermont. Certainly not California, where she will become a movie star. It is her destiny.

Molly is blessed with three essential weapons. She is one of the “beautiful people.” She is disciplined, waiting tables and diligently auditioning instead of starring at cocaine parties. And she is a pro: Acting really is her vocation. She feels “the acute pang of the professional, where it feels as if no one else in the entire world but you is bothering to do their job.” She knows to care about the work—a good lesson we can never learn often enough—and it pays off.

Celebrities are suns. They burn brighter as we gaze in orbit around their flash, flare and fury.

That sets her apart in college, where celebrity trumps craft. Actors “wanted fame so bad it pained them in their hearts when they tried to fall asleep at night,” Bevacqua writes in the first paragraph of the book. “It was like the thought of not getting famous killed them, or like the way they longed for it was a sort of murder, but of themselves, and if they didn’t get famous, they might die right there in their beds.”

Our movie star is ambitious financially as well as artistically: She does not “get off on the idea of being art poor.” Bevacqua is hard on the kids Molly goes to school with, the ones who went “to Alaska and the previous summer and PA’d on a documentary about Inuit tribes and then acted like it was the first time in the whole history of the world anybody had ever done that.”

I felt compassion for these acting students suffering through exaggerated versions of a modern digital life. If you have a Facebook, Instagram or Twitter account, you’re managing your image just like one of these Hollywood aspirants, even if you are not going to auditions to compete against actors who are “white, five-ten and perfect” while R.E.M.’s “Shiny Happy People” plays from the loudspeakers.

Acting culture is easier to convey visually and it has often been satirized on TV in shows, like “Slings & Arrows,” “30 Rock” and “Barry,” or in movies like “Singin’ in the Rain,” “Sunset Boulevard” and “The Artist.” The literary canon includes some good novels, led by Nathanael West’s The Day of the Locust, but it’s a trickier story to tell if you can’t show actors acting. Playing with that handicap, Bevacqua’s debut is a success, and he hits his best notes when he focuses on California, where Molly heads after college.

“She couldn’t tell if Mr. Ponytail was a hippie or a dot.com billionaire. She didn’t know if the nerd in the Polo worked for a think tank or Pixar.”

Bay Area people, she discovers, are hard to recognize. “She couldn’t tell if Mr. Ponytail was a hippie or a dot.com billionaire. She didn’t know if the nerd in the Polo worked for a think tank or Pixar.” In Los Angeles, at least, “people lied to you up front about what they claimed to do.” Molly prefers the company of comedians, who aren’t as earnest.

Molly is not addicted to celebrity. She might love acting, but she hates audiences. “If anything, she used her charm to keep people at a distance. She used it to get jobs.” What Molly wants is an “old fame.” She was born in the 1970s and “had to learn what .www was. She’d had to invent a reason to be looked at. It hadn’t been invented for her. She wasn’t famous because she’d taken a picture of herself with her phone.”

The route to fame is anchored by Molly’s 14-hour days and vocational confidence: She “thought she was the best actress in Hollywood. All she needed was a break.” She gets them: breakthrough roles, commercials in Japan, a Vanity Fair spread declaring her the “Girl of the Future.”

Bevacqua nails the Hollywood archetypes in all their silliness. There’s the rapey middle-age directors, “the last traces of their wonder-boy charm evaporating off them, the pressures of the marketplace and various drug habits having wrinkled them into a sudden old age.” And the actors: A woman baptized “The Nun” is a “part-time Scientologist and a quarter-time mother to three adopted Senegalese children.” At the Golden Globes, when the cameras pick her up talking to Robert Duvall, she moves her lips silently so as not to look boring. “What are you saying?” Duvall asks.

“The Legend,” with four Oscars to her name, lives on a farm in upstate New York with horses she ships to Florida in the winter. Her partner is a photographer who asks his neighbors if he can shoot them in the shower.

Surrounded by an eager crowd, she knows not to look at them. “To look at even one of them, to stare into the lens, had felt similar to bad luck, or, worse, as if a curse had been put upon her.”

When Molly calls a child actor, the girl is performing Chekhov in New York. Nominated for a big award, the girl tells Molly that if she wins, her manager has told her to “conceive of this as a footnote” to her career. “If anything, this could be a hindrance…. Do I want my life ruined by drug addiction? Do I succumb to that tragic narrative? Or do I aspire to something more?”

Your Catholic guide to the 2020 Oscars
Jesuitical

It is Molly’s fate to ascend to the top of this pyramid of insanity. Her life is not ruined by drug addiction. She keeps her head on her shoulders, and thinks for herself, even telling a journalist that 80 percent of white people in America are racist, causing her publicist to end the interview. But it is not a normal life. She travels in a Land Rover with a Red Sox cap pulled down over her eyes. Surrounded by an eager crowd, she knows not to look at them. “To look at even one of them, to stare into the lens, had felt similar to bad luck, or, worse, as if a curse had been put upon her.”

In Venice, she has to appear at a store where the first 300 fans will get her autograph. Boats full of paparazzi follow her. The New Yorkershows up for an interview. When she marries a second time, it is to a film director who cheats on her with a young actress. “Their marriage had to be reestablished every two or three months, when they actually saw each other.” The rest of the time, “he didn’t seem real.” She gets divorced and dates younger men, attracting the interest of the tabloids.

In the end, Molly is destroyed. How exactly is too big a spoiler to reveal here, but it is big. Movie stardom might be your destiny, but it does not solve your problems. As a friend tells her:

You’re floating around out there. You’re not a person. Or you sort of are. Half of you is in limbo, or wherever. You know when somebody dies? It’s like that. No one knows what to say. There’s no frame of reference. It’s this unspoken thing, and then all of a sudden it appears. That’s what it’s like to be a famous person. Expect awkwardness. Expect the weirdest, strangest s—.

This article also appeared in print, under the headline “Look at the stars. Look how they shine for you.,” in the March 16, 2020, issue.